Architecture after the Asylum

Psychiatry is a modern religion and the asylum is its old church. 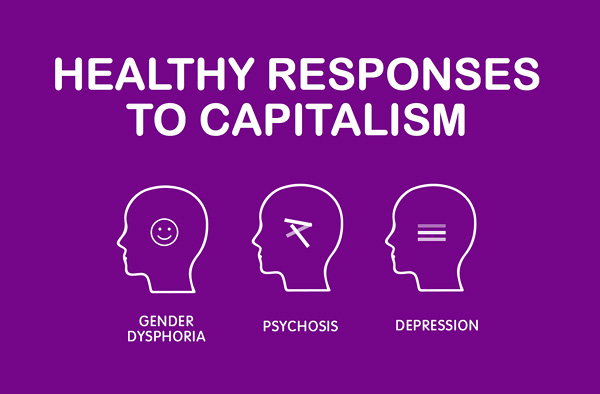 As depression became the diagnosis of the day in the 1990s and diagnostic rates of anxiety sky-rocketed in the 2010s, BigPharma consolidated its hold over psychiatry. It is not incidental that the rise of biochemical psychiatry has paralleled the neoliberalization of the economy. If neoliberal governance in North America reduces the individual down to their productive mind, then contemporary psychiatry and neoliberal self-care functions to sedate that mind into submission. As our minds either shut off or go into overdrive in the face of capitalism, patriarchy, and settler colonialism, we are quickly drugged up with mind-numbing pharmaceuticals designed to pacify us.

Biochemical psychiatry ignores the social, political and architectural surround that drives us mad in the first place. Playing on the term Sick Building Syndrome (SBS)-a medical condition where a particular building’s occupants suffer from symptoms of physical illnesses-Mad Building Syndrome (MBS) is a psychic condition that invites us to consider how our environments make us go crazy. 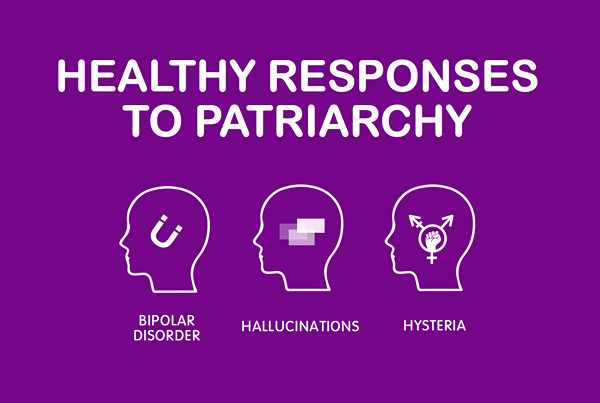 Mad Building Syndrome (MBS) proposes that madness is the product of a broken world, a normal biological reaction to unhealthy living conditions and toxic environments. The culprits are everywhere: psychiatric institutions run by settler governments, basement offices turned moldy from corporate negligence, family homes ruined by patriarchy. It is an indictment of the built environment that we have inherited and its defenders; an indictment of an Enlightened world designed with the objective to contain and control.

Architecture after the Asylum is a curatorial project about architecture, madness and freedom. Presenting an open dialogue about the architectural forms of asylums, psychiatric hospitals and mental health institutions that flows through sanity and insanity, the project assembles a new set of mad architectural grammars to build a free world. The exhibition features artists, writers and freedom fighters afflicted with Mad Building Syndrome (MBS) who are obsessed with building new, free worlds beyond this mad one.

The exhibition was inspired by the work of Hannah Hull and the vacuum cleaner (James Leadbitter), the UK-based duo behind Madlove: A Designer Asylum. The project imagines what a psychiatric ward would be like if patients designed it. Through interviews and workshops, the duo gathered data about “what good mental health looks like, feels like, tastes like and sounds like” in order to design extravagant, out-of-the-box safe spaces to go mad, and to create a robust guide to designing mental asylums that do not rely on carceral tactics.

As the Centre for Addiction and Mental Health (CAMH) in Toronto gears up to announce the opening of its redeveloped Queen Street location in Toronto and re-affirms its commitment to carceral psychiatry, Architecture after the Asylum builds on the energy of the Madlove project with artists self-diagnosed with Mad Building Syndrome (MBS).

In the exhibition, artist Joe Wood will be presenting their two-part project ᑯᐦᐹᑌᔨᑖᑯᓯᐃᐧᐣ | kohpâteyitâkosiwin – the act of being thought of as contemptible. For one element, Wood marks-up and displays medical documents about her “gender dysphoria” that she requisitioned from CAMH. The public signage can be read sitting from her sculptural installation of tree tops. Through illustration, landscape architect and Parkdale case worker Agata Mrozowski considers the long-term impacts of psychiatric de-institutionalization against the housing crisis in Toronto. In a multimedia work, filmmaker Maria-Saroja Ponnambalam returns to her uncle Pandi’s story with collaborator Rupali Mozaria, developing an architectural schematic that maps out three key spaces in Pandi’s life: forced healing, natural healing and autonomy. Portland-based media artist ariella tai re-appropriates, glitches, and re-mixes scenes from One Who Flew Over the Cuckoo’s Nest and other selected films and considers how black vernacular queer and trans performances subvert, interrupt or defy the diegetic cohesiveness of narrative performance that psychiatry demands. Making forays into and out of madness, the works collectively propose new bricks and mortar, new blueprints and new places for building a less-Enlightened world.

Hannah Hull is a situation-specific artist, creating social sculpture and political interventions. Her work is often dialogue-based and temporal. As part of her practice, she delivers and consults on creative practice for social change, through her practice-based PhD, for which she has a studentship at Goldsmiths, University of London with the Institute of Creative and Cultural Entrepreneurship.

Rupali Morzaria is a Toronto-based multidisciplinary designer and film programmer. Her creative practice is rooted in traditional forms of graphic communication and print media, repurposing the ‘dazzle’ of consumerist culture to critically engage with what is often left unsaid. Rupali’s fascination turned obsession with Indian Cinema has manifested itself in the ongoing film series called Sanghum at the Royal Theater, and an upcoming film program of Indian experimental and animated shorts with Pleasure Dome.

Agata Mrozowski has worked as a Community Mental Health Worker in the community of Parkdale for the past 12 years. She is interested in speculative design that examines the interrelationships between human & non-human species, tangible & intangible spaces, and stories that fall out of dominant narratives of western Progress. She originally hails from Stalowa Wola, Poland prior to settling on the traditional territories of the Huron-Wendat, the Métis Nation, the Anishinabek Nation, the Haudenosaunee Confederacy, and the Mississaugas of the New Credit First Nations where she has spent most of her life.

Saroja Ponnambalam is an Ontario-based filmmaker with latinx and south-asian roots well-versed in critical geography, participatory media and documentary. Her independent arts practice involves working with a variety of media within the spectrum of documentary – animation, photographs, home video, and interviews. She holds a Master of Arts in Human Geography from University of Toronto, and a Bachelor of Fine Arts in Film Production from York University.

Sajdeep Soomal is a writer, researcher, and curator working out of the South Asian Visual Arts Centre (SAVAC) in Toronto, ON. He is currently writing about anarchic mathematics, agricultural chemicals and psychiatry architecture. Sajdeep has previously worked at the Canadian Lesbian and Gay Archives and the Montreal Museum of Fine Arts. They hold an MA in History from the University of Toronto.

ariella tai is a video artist, film scholar, and independent programmer from Queens, New York. They currently re-appropriate, glitch and video process existing media as part of a practice exploring black interiority, pleasure and resistance in moving images. They are one half of “the first and the last,” a fellowship, workshop and screening series supporting and celebrating the work of black women and femmes in film, video and new media art. They have shown work at PICA, the Black Femme Supremacy Film Festival, the Northwest Film Center, Boathouse Microcinema, Wa Na Wari, Anthology Film Archives and MOCA.

Joe Wood was born in Nelson House MB, is a member of South Indian Lake First Nation, and identifies as Cree and Scottish. Joe is a self-taught visual and media artist who was raised as disabled. Her artistic practice has been a way to release anger, probe the unknown, and to express herself as a two spirit person. Whether painting, drawing with charcoal, or working with digital tools, Joe fearlessly pushes boundaries through her thoughtfully composed, minimalist aesthetic. For four years, Joe has been a core member of Art Fix of Nipissing – a collective of artists with lived experience of mental health and substance use – contributing to project development, the design of our annual zine, and juried exhibitions. 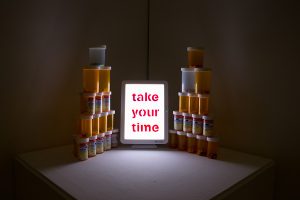 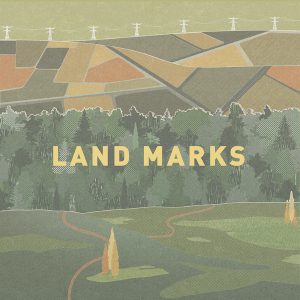 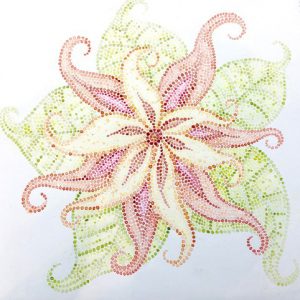 Spring 2020 Call for Submissions: The Watercolour Show | The Printmaking Show 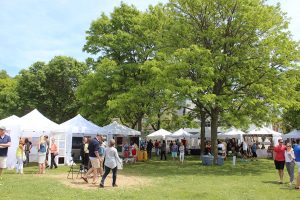 Call for Submissions: Riverdale Artwalk | ArtWalk in the Square 2020