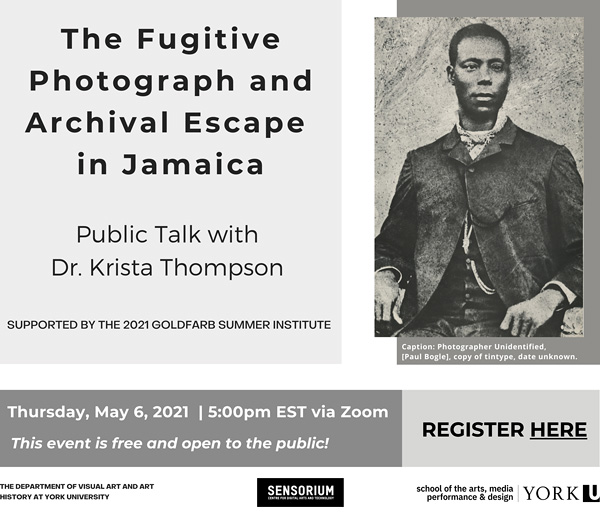 This event is free and open to the public

The photograph, long circulated as an image of Paul Bogle — one of the leaders of what became known as the “Morant Bay Rebellion” (1865) — went missing from a national archive in Jamaica in the 1970s. The precise date and circumstances of its disappearance are unknown. This presentation examines the histories, stories, and controversies surrounding the photograph, which was first publicly identified as a representation of Bogle almost a century after his death in 1865. What role did photography play in state, academic, and popular understandings of Bogle, the Morant Bay Rebellion, and the discipline of history in post-Independence Jamaica? What might the Bogle image reveal not only about the relationship between history and photography, but also about photographic disappearance, fugitivity, and the unarchived in the historical imagination? 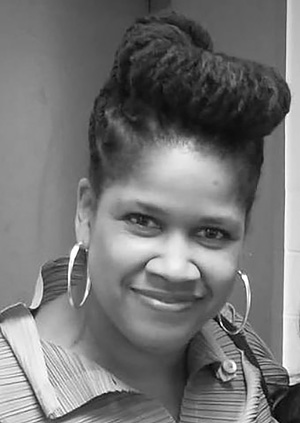 Krista Thompson is the Mary Jane Crowe Professor of Art History at Northwestern University, Chicago, Illinois. She is the author of An Eye for the Tropics (2006) and Shine: The Visual Economy of Light in African Diasporic Aesthetic Practice (2015), which won the Charles Rufus Morey Award from the College Art Association (2016). Thompson is currently working on the manuscript The Evidence of Things Not Captured, which examines notions of photographic absence, fugitivity, and disappearance in Jamaica (Duke University Press, forthcoming). She is also writing Black Light, a manuscript about electronic light artist Tom Lloyd.

This event is presented as part of the 13th Annual Goldfarb Summer Institute – Photography: In and Out of the Archive, organized by Professors Nina Levitt and Sarah Parsons. The annual Joan & Martin Goldfarb Summer Institute in Visual Arts offers York University graduate students and the wider community the opportunity to engage with prominent international theorists, artists, curators and critics through seminars, workshops, and public lectures.

Sponsored by the Department of Visual Art and Art History at York University, York University’s School of the Arts, Media, Performance and Design (AMPD) and Sensorium: Centre for Digital Arts and Technology. 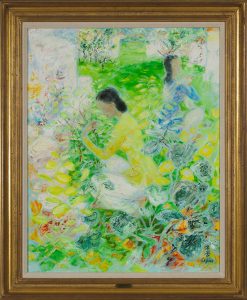 Big Ideas at the ArtsEverywhere Festival 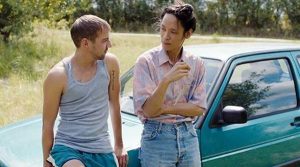 GOETHE FILMS: Loneliness in the City