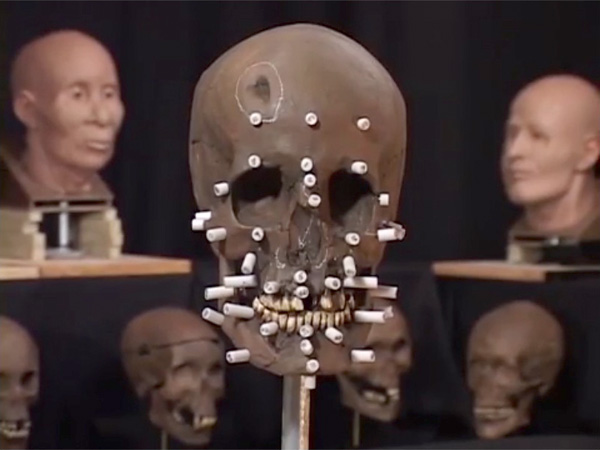 The fourth edition of this year’s Curatorial Incubator starts Friday, November 13, 2020, with an Instagram Live introduction by emerging curator Ivana Dizdar at 7pm ET followed by the first title in her program, The Violence of a Civilization Without Secrets by Zack Khalil, Adam Shingwak Khalil and Jackson Polys.

This year’s Curatorial Incubator, taking place in these (as we say) unprecedented times, is a bit of a different beast. This year we invited eight incubatees to each make a program that responds to the theme of Living In Hope. In keeping with the restrictions of COVID-19, we are taking the entire program on-line, unrolling one title per week with an on-line Zoom conversation at the end of each program featuring the curator and the artists.

On Friday, December 4, 2020, Ivana Dizdar will be in conversation with artists Zack Khalil, Adam Shingwak Khalil and Jackson Polys, Akram Zaatari, Sharif Waked, Nicholar Vollmer and Laura Kissel at 7pm ET on Zoom. Check the Vtape website for a link to this conversation.

PROGRAM #4 Curated by Ivana Dizdar
A truth, if it is a truth.

My first migration occurred in utero. Having fled their native Yugoslavia during the Civil War, my parents temporarily settled in South Africa. In their first photograph in Cape Town, they are standing on a headland at the southernmost point of the continent, my mother visibly pregnant. Before them is a large wooden signboard inscribed with the words “Cape of Good Hope.” It is an undeniably romantic epithet and, surely, for my parents, there is hope to be found. But just how good, how ubiquitous, could it be? With the end of apartheid approaching yet still a year away, what the Cape could represent was only a discriminative, fraught, and elusive sense of hope.

I see the theme of this year’s Curatorial Incubator, “Living in Hope,” as a complex provocation, and hope itself as something invariably complicated. My pursuit to uncover buried treasures of videography in Vtape’s archive drew me to works that made me reconsider the process of uncovering as something equally complicated: something that can be the source of illumination but also of vulnerability, of risk, of harm and pain and death. Against the axiom that uncovering always or necessarily leads to truth and justice, the videos in this selection call for a recognition of its multivalence.

Ivana Dizdar is a scholar, curator, and artist. She works on the intersection of art, politics, and law, with particular interest in decolonial gestures and acts of epistemic disobedience. Her writing recently appeared in MIT’s art and architecture journal Thresholds and in Vistas: Critical Approaches to Modern and Contemporary Latin American Art.

It is 1996 in Kennewick, Washington. The excavation of the “Kennewick Man” provokes a contentious debate: what is his lineage and who was here first? Erroneous and misinterpreted craniological studies incite alternative claims to indigeneity as well as attempts to re-frame, deny, and erase a colonial past.

New Red Order’s documentary-cum-manifesto, The Violence of a Civilization without Secrets (2017), traces a legal, ethical, and ontological conflict that arises when a community’s right to bury its dead is challenged by calls for anthropological research.

Discovery, evidence, authentication, testimony, and their media coverage are, in this tale of subjectivity, not marked by a pursuit of truth.

In their uses, misuses, and abuses, excavation and burial are kin.

I grew up with an understanding that to save something can mean to bury it. Roughly translated, the root of my grandmother’s maiden name, Kaljević, is “mud.” To protect them from being kidnapped during invasions by the Ottoman militia, my ancestors, I am told, were periodically compelled to bury their children beneath layers of mud.

Artefacts and photographs are a lot like children: precious, delicate, and in need of protection. In Time Capsule Kassel (2012), Akram Zaatari re-imagines the National Museum of Beirut’s effort to conserve its collection of objects by keeping them sealed within concrete blocks for the entirety of the civil war in Lebanon. Zaatari’s work offers an extension of this model, one that entails concealment as well as burial.

Crypts, tombs, and mausoleums signify death, and yet, here, they enable the preservation of cultural life, a treasure covered in favor of its eventual recovery.

To characterize Sharif Waked’s work as a dark comedy feels wrong, and yet it is both unquestionably dark and irrefutably within the margins of humor—no—satire—no—absurdity.

It begins with a runway, with male models and their chiseled abs. High-cropped shirts, a collar misplaced above the naval, a horizontal zipper across the stomach, a gaping hole revealing chest hair and nipple. To be sure, the haute couture in Chic Point (2003) is designed to accentuate the midriff.

Suddenly, documentary photographs reveal Palestinian men forced by Israeli soldiers to prove they are not carrying explosives by lifting their clothing and exposing their abdomen: an invasive and humiliating surveillance practice, an overture to fatal endings. Why not, Waked suggests, make this biopolitical choreography more efficient, more effortless, through innovations in fashion?

After all, violence, here, has long been in vogue.

Niklas Sven Vollmer and Laura Kissel, Unfettering the Falcons, 2007, 07:20
What’s in a name? Would that which we call a falcon by any other name fly as high?

A gender-reveal party—for a bird and a football team—takes center stage in Niklas Sven Vollmer and Laura Kissel’s Unfettering the Falcons (2007). This is not the kind of nature documentary one is used to seeing on Discovery.

Identical twins Lauretta and LaVergne, both experts on birds of prey, want to set the record straight: the falcon is, by definition, a female. The only true Atlanta Falcons, they add, are the team’s cheerleaders.

Wishful football fans insist the falcon’s athletic namesake would do well to rebrand itself as her male counterpart, as the Atlanta Tercels. Unbeknownst to the fans, the tercel is smaller and—quite literally—the weaker sex.

Replete with the twins’ idiosyncratic observations, the video evokes the tension between language and gender, for the latter is unfixed and resistant to definition, sometimes slipping through the cracks of our syntax.

Akram Zaatari has been exploring issues pertinent to postwar Lebanon. Co-founder of the Arab Image Foundation (Beirut), Zaatari based his work on collecting, studying, and archiving the photographic history of the Middle East notably studying the work of Lebanese photographer Hashem el Madani (1928-), as a register of social relationships and of photographic practices.

Sharif Waked was born in Nazareth to a Palestinian refugee family from the village of Mjedil. He lives and works in Haifa/Nazareth. Through ironic reflections on power and politics, Waked overturns established aesthetic formations and ponders the absurd realities of political conflict.

Niklas Vollmer is an interdisciplinary artist, who teaches film production at Georgia State University. Vollmer’s experimental documentary work has screened in the US, Canada, Europe, Africa, South America and Asia, and at AFI, Los Angeles Museum of Contemporary Art, California Museum of Photography, and the Directors Guild of Los Angeles.

Laura Kissel is Professor of Media Arts in the School of Visual Art and Design at the University of South Carolina and an Emmy-nominated documentary filmmaker. She has received grants from the Fledgling Fund, South Carolina Humanities Council, and was a Fulbright Fellow in 2009. 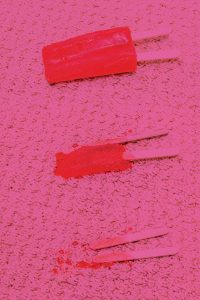 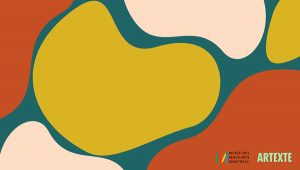 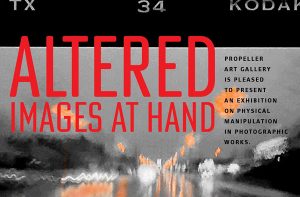