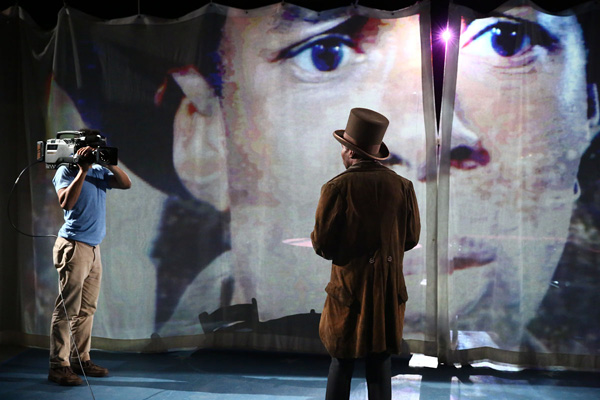 A special screening of the only full recording of the North American premiere of Der Klang der Offenbarung des Göttlichen / The Explosive Sonics of Divinity, (2014) on the MAC’s digital platforms served as the opening salvo in a series of free digital events designed to captivate contemporary art lovers this summer.

In 2016, the MAC put on the first major exhibition dedicated to artist Ragnar Kjartansson in Canada and used the opportunity to schedule a one night only performance of the musical-theater piece, an “opera without divas”, Der Klang der Offenbarung des Göttlichen / The Explosive Sonics of Divinity, (2014). It was the North American premiere.

If you missed seeing the recording, you can still tune in to a not to be missed candid video chat between this exceptional artist and MAC Director John Zeppetelli broadcast via Facebook Live on May 27, covering subjects like the artist’s career path, his process, emblematic works and upcoming projects. 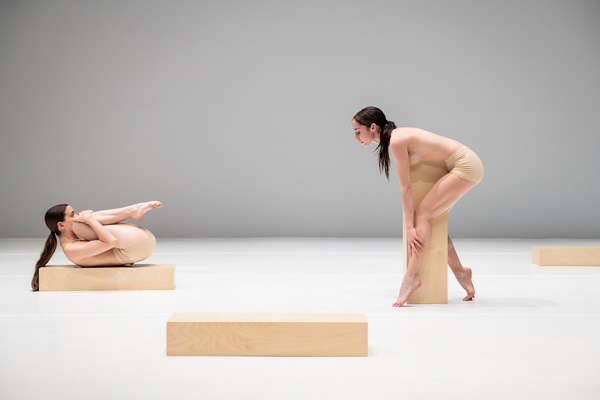 WORLD PREMIERE OF A NEW CHOREOGRAPHY BY MARIE CHOUINARD
Available from July 21 – August 21 on macm.org.
The MAC is very pleased to have presented the world premiere of Jardin des sculptures éphémères – Acte 1, a new performance by dancer and choreographer Marie Chouinard on its digital platforms. The piece premiered live on the MAC Facebook page, Tuesday, June 30, at 6 p.m. and garnered close to 75,000 views!
If you missed this amazing event live, you can still enjoy a recording of Jardin des sculptures éphémères – Acte 1 on macm.org.

A LOOK BACK AT EMERGE
Available July 28 – August 9 on macm.org.
Between July 28 and August 09, the MAC revisited the performances presented during the Emerge Festival at the Musée last fall. Dedicated to contemporary performance art, Emerge brought together a dozen of the most important Canadian and European artists in the discipline. The weeklong event included a symposium where artists, curators, art critics and theorists as well as the public shared thoughts on the latest events and issues pertaining to performance art. Every performance is accompanied by a podcast.
You still have a few days to go back and immerse yourself!

UNTIL, UNTIL, UNTIL …, A FILM BY EDGAR ARCENEAUX
Available July 14 – August 31 on macm.org
Until, Until, Until … is now available for viewing on the MAC’s website. On August 13, the artist will participate in a conversation, broadcast on Facebook Live so save the date! Look for the event and join us on the MAC’s Facebook page on August 13.
This “must-see” film unpacks a particularly complex episode in recent American history, starting at Ronald Reagan’s inaugural gala in 1981. With the global recognition of historic police brutality, systemic racism and cultural appropriation being hotly debated today, Arceneaux’s probing work invites us to consider the role of art and artists in challenging preconceived ideas and revealing contradictions and ambiguities in histories that are often disregarded or overlooked.

SUPERPOSITION, BY RYOJI IKEDA
Look for it on macm.org from August 19 – September 3
October 11, 2014, the Musée d’art contemporain presented the North American premiere of superposition, a performance by Japanese electronic-music composer and visual artist Ryoji Ikeda at Théâtre Maisonneuve, Place des Arts in collaboration with the Festival du nouveau cinéma.
Offering a unique sensory experience, superposition earned wide international acclaim as “a total experience, both physical and mental”, as written by Marie Lechner in Libération at the time.
It is inspired by the mathematical notions of quantum mechanics and about the way we understand the reality of nature on an atomic scale. Performers also appear in Ikeda’s work for the first time, performing as operator/conductor/observer/examiner. All the components on stage are in a state of superposition; sound, visuals, physical phenomena, mathematical concepts, human behaviour and randomness – these will be constantly orchestrated and de-orchestrated simultaneously in a single performance piece.

CURRENTLY ON EXHIBIT AT THE MAC, SPOTLIGHT ON THE MUSEUM’S COLLECTION

POINTS OF LIGHT, extended until October 11, 2020
The exhibit brings together six works spanning forty years of moving image art, attesting to the range and the selection explores the interplay between the evolving properties of the medium and the conceptual, social or psychological content of the works – between tiny pixels of light and vast zones of aesthetic and intellectual illumination.

THE COLUMN, Adrian Paci
July 18 – September 6, 2020
The Column is the marvellous, luminous, tightly told tale of an ambitious artistic project that blends the real and the fictional, the timeless and the transhistorical, East and West. Learning that it was possible to have a marble sculpture made on board a “factory boat” as it sailed from China to Europe, Paci set out to capture the fascinating images of a sea voyage on which five Chinese craftsmen diligently carve a block of marble, transforming the raw material into a classic Roman column.

PAINTING NATURE WITH A MIRROR, extended until October 11, 2020
This selective portrait of 1980s painting in Canada showcases twenty or so paintings and drawings from the collection of the Musée d’art contemporain de Montréal, some on display here for the first time since they were acquired.