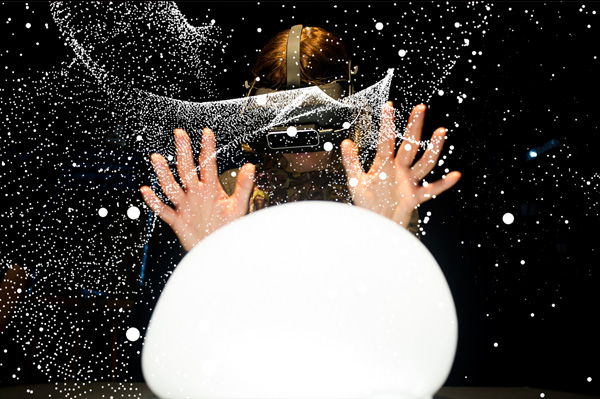 From February 18 to April 5

Phi is thrilled to present Mirages & miracles, an exhibition by Claire Bardainne and Adrien Mondot, whose work subtly deals with the relationship between poetry, technology, the human body, and art. Leaving the European borders for the first time, Mirages & miracles will be shown as a Canadian premiere in Montreal. A lyrical universe, built through augmented reality, virtual reality, holographic illusions and video-projections.

The exhibition is divided into four different series. The Silence of stones is a tribute to life nestled in things seemingly lifeless, motionless, inorganic. The second part, Illusions, allows us to experience a set of unprecedented scenarios, blurring the boundary between animate and inanimate, real illusion and fake miracle. In Ghost machines, virtual reality headsets play the role of ghost-making machines. At last, Mysteries is a series of short performances for one spectator aiming to explore the contours of what constitutes life, through poetry, the power of computer science and the magic of fiction. What makes something alive? 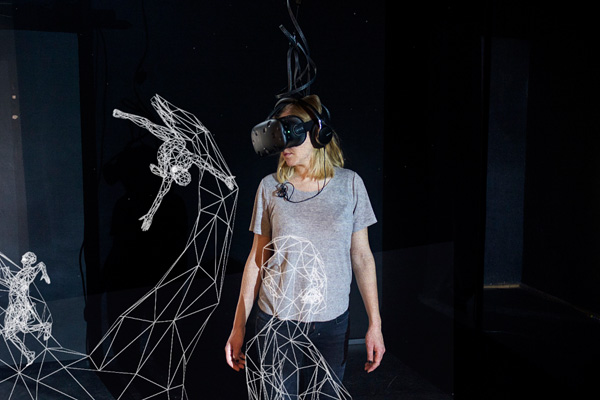 The Silence of stones
In a series of eight experiments in augmented reality, the spectator can observe drawings and stones through an iPad. Stones are simple, heavy and motionless. Stones are the archetype of what is real and concrete. But listen to their silence, and you will hear them speak. If you take a close look, they grow transparent and their inertia starts pulsing. They speak of the forces that consumed them, of the distances they have travelled, of the genies they shelter, of the hairs they grow. The Silence of stones series is a tribute to life nestled in things seemingly lifeless, motionless, inorganic. The figure of the stone, real or drawn, is the hallmark. Tablet computers become windows into this hidden reality.

Illusions
Three small optical theatres, through which the spectator can observe an object coming together finely and coincidently with a reflected image. With Pepper’s ghost mechanism, light rays are partly bent by a transparent and reflecting glass. Imaginary spaces can now be superimposed on reality.

Ghost machines
Two experiences with virtual reality headsets, here used for the observation of phantoms. Someone is watching us, dancing, appearing and disappearing, moving and holding still. There is someone there, a shadow, a draft of air.

Mysteries
An immersive experience inside an environment composed of projected images. It allows visitors to stand within the heart of the stone and perceive the invisible changes in the geological strata and experience geological time.

Adrien M & Claire B
The company Adrien M & Claire B creates digital and living art forms, ranging from stage performances to installations. It is co-directed by Claire Bardainne and Adrien Mondot, whose approach puts the human experience at the centre of technological issues, with a strong visual focus on the body and the use of unique technology created in-house. They strive to create living digital art: mobile, handcrafted, ephemeral, and responsive.

Claire Bardainne is a visual artist with a background in graphic design and scenography. Her research focuses on the pictorial and graphic imaginary, graphic signs, especially in their space-constructive capacity.

Adrien Mondot is a multidisciplinary artist, computer scientist and juggler. He is interested in movement, and works at the intersection of juggling art and computer innovation.

Phi
Phi is a multidisciplinary organization positioned at the intersection of art, film, music, design and technology. Offering a panoramic perspective of radical ideas focused on collective experience, social impact, and audience interactivity, Phi is committed to future generations of art consumption.

Phi provides an experiential-focused programming that includes virtual reality, immersive experiences and performance-based practices. It consists of the Phi Centre, Phi Studio and the Phi Foundation for Contemporary Art. Through eclectic programming and a strong emphasis on content creation, Phi fosters unexpected encounters between artists and audiences. 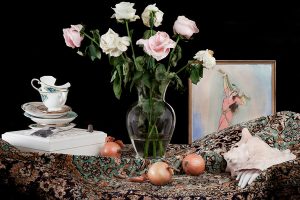 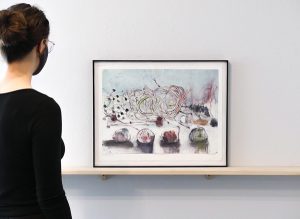 It’s All About ARTISTS Online Auction 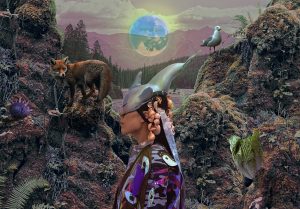 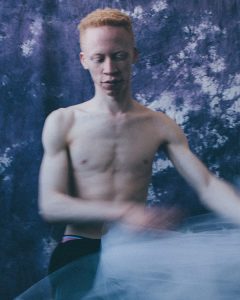