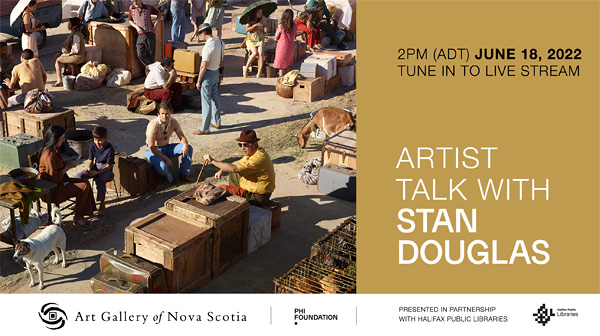 For over thirty years, Stan Douglas has devoted his work to the investigation of the image; the technologies of their making, their aesthetic languages and their dynamics of power. Through photo, film and video installation, television, theatre, mobile applications and many other digital media technologies, he delves into the recreation of moments in history at a cultural, social and political tipping point, to reveal multiple and divergent narratives in meticulous detail.

Revealing Narratives, organized by the PHI Foundation for Contemporary Art, Montreal, presents the Canadian premiere of Douglas’s most recent photo series Penn Station’s Half Century (2021) and Disco Angola (2012), a series of photos that will be presented in Nova Scotia for the first time.

Penn Station’s Half Century was commissioned by the Empire State Development in partnership with Public Art Fund, on the occasion of the dedication of New York City’s new Moynihan Train Hall. Douglas worked with a researcher who rifled through thousands of newspapers and periodicals to select nine historic moments that took place in New York’s original Pennsylvania Station between 1914 and 1957, before it was demolished to make way for Madison Square Garden. Among these selected events is March 1, 1914, when a large number of vaudeville performers staged an impromptu show after being stranded at the station by a severe snowstorm. Another was August 7, 1934, when liberated Black labour organizer Angelo Herndon, who had been arrested for the possession of Communist literature arrived at the station to the greeting of thousands of well-wishers.

Made with a hybrid of CG imagery and staged photography, these scenes were re-created by Douglas over a four-day shoot in Vancouver, which involved over four hundred actors who were scanned and redressed in one of five hundred unique period costumes, before being posed digitally. Douglas arranged these nine vignettes into thematic panels, which are presented in the Foundation’s 465 Saint-Jean Street galleries. 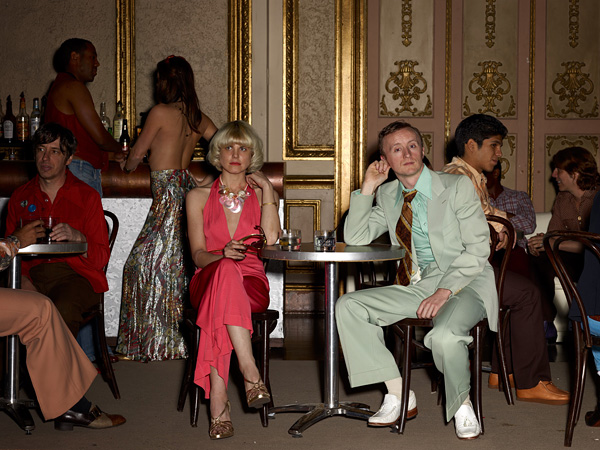 With the series Disco Angola, Douglas takes on the persona of a fictional photojournalist living in New York City in the 1970s, who is a regular in the emerging disco scene and travels back and forth to Angola to cover the civil war. The works in the series are dated from 1974 and 1975, which was a critical period for the global political economy, marked by an oil crisis, a global market crash and increasingly strained relations between the US and Soviet Union. It is out of this bleak historical context that disco evolved. This important genre inspired by funk and soul music became heavily embraced by New York City’s Black, Latinx and queer communities as a joyful expression of emancipation from oppression. Douglas’s alter ego would travel back and forth to Angola to chronicle the country’s struggle for liberation from Portuguese rule.

Through intense research into archival photographs, period costumes and decor, Douglas crafted “snapshots” from each of these locations. The series consists of eight, large-scale panoramic photographs, four based in Angola and four in New York, which Douglas arranged into specific pairings that put forth a multitude of contrasts and comparisons.

In a time of ‘fake news’ and our own experiences with historical uncertainty, these two series are tethered by Douglas’s steadfast exploration of the many conceptual, formal, and technical rigours of the image, to assert that there is always more than one side to a story.

Stan Douglas: Revealing Narratives is organized by the PHI Foundation for Contemporary Art, Montreal, and presented in collaboration with the Art Gallery of Nova Scotia. This exhibition is curated by Cheryl Sim. 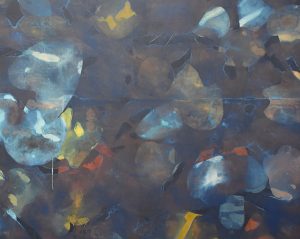 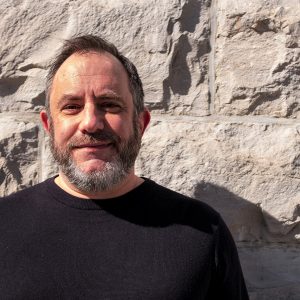 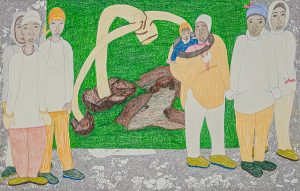 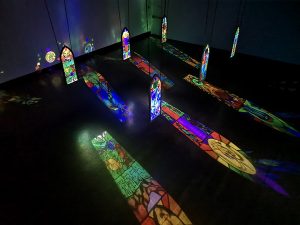