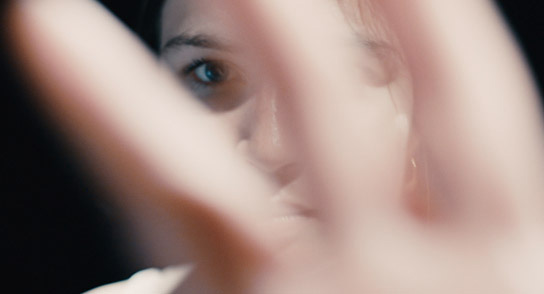 The Case You © P. Lamster

Political persecution and sexual violence, motherhood and daughterhood, defining oneself, making family, shaping careers—plus ça change for women over the past 40 years, or did it? Female/feminist filmmakers from East, West and the reunited Germany, with roots in Iran or Togo, from the 80s to today examine the expectations, influences, dreams and desires in women’s lives. The five films in this series challenge the systems that bind women and celebrate women’s achievements as they strive for equal rights and agency over their pasts and futures.

The series title is taken from anthropologist Jane Goodall’s appropriation of the derogatory term “difficult women:”

It actually doesn’t take much to be considered a difficult woman. That’s why there are so many of us.

A rediscovered film about a woman’s search for self-determination that has not lost its relevance to this day: As one of the few female voices among DEFA filmmakers, Evelyn Schmidt succeeds in creating a touching portrait of a single mother who falls foul of the law and is ultimately confronted with her partner’s lack of support.

A semi-autobiographical exploration of the fuel and motivation behind the young woman who lays the foundation for the women’s movement of 1960’s Germany.

In conversation with her mother, actor-director Zaree seeks to shed light on the circumstances of her birth in Evin, one of Iran’s most notorious prisons for dissidents.

A legal battle that has been kept under wraps from the public eye is brought to light when director Kuhn brings together five young actresses on stage who have one thing in common: They all attended an audition where they experienced insidious sexual abuse. Banding together to unravelling their story on camera, they create an anti-narrative to the toxic audition.

I AM ANASTASIA, DOCUMENTARY BY THOMAS LADENBURGER
(Germany 2019, 1h 35min) In competition at Dokfest Munich

This is the story of Anastasia Biefang, lieutenant colonel in the German military, who was assigned male at birth. At the height of her career she decides to come out as transgender. After her transition she becomes the first trans female commander in the history of the German military, leading a German armed forces’ battalion.