In 1997, Shawna Dempsey and Lorri Millan created a series of photo installations called One Gay City. The project appropriated Winnipeg’s slogan “One Great City” and the artists planned to install their images of “cheerful Winnipeggers” as advertisements in bus shelters throughout the city. Dempsey and Millan were cheekily responding to the Mayor at the time who refused to support Gay Pride Day. Alas, the advertising agency and Canadian Advertising Standards objected to the images’ “gay content” (photos of a happy toddler with a cake, a fisherwoman showing her catch, a boy posing as the Manitoba Legislative Building’s Golden Boy statue) and stopped the installation from happening. The artists filed a provincial Human Rights complaint and produced the photos as a series of postcards instead. 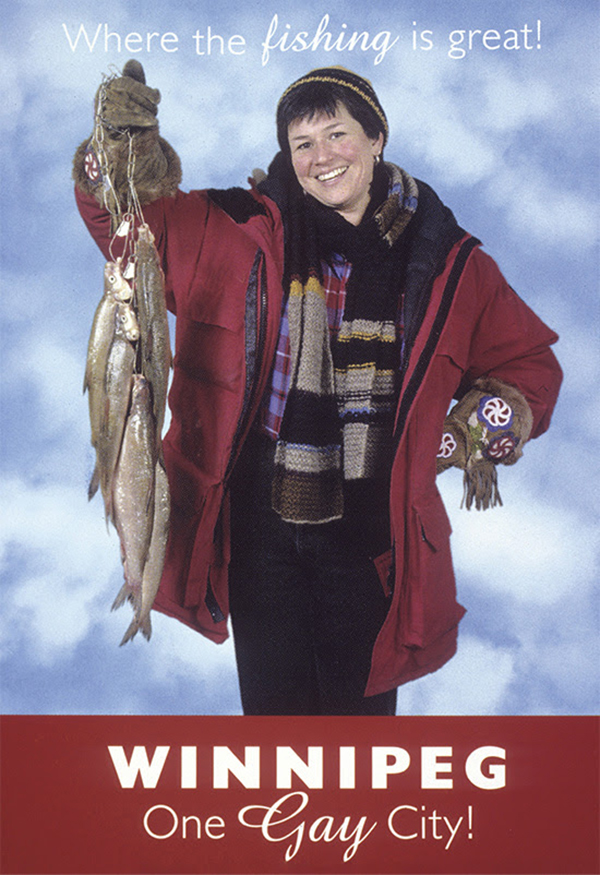 Twenty-three years later, One Queer City, curated by University of Manitoba’s School of Art Gallery Director/Curator Blair Fornwald (in partnership with PLATFORM Centre for Photographic + Media Arts), is born out of Dempsey and Millan’s project. The local art duo’s images are now finally installed as bus shelter ads along with photos by Jean Borbridge, Mahlet Cuff, Dayna Danger, Larry Glawson, and Ally Gonzalo. The works vary greatly: Borbridge presents obscure self-portraiture – cautious, distanced, and performative – while Cuff captures such distance shed in a friend’s genuine expression of joy. Glawson shares the agency of constructing an image by collaborating with the four individuals in his photograph who look to the distance with bright expressions. Gonzalo presents three baklas as strong, brave, and beautiful in his photo, representing his community with care. Danger depicts complexities of relation in their image of themselves with their sister, asking us to question what queering a relationship can mean.

When I think about homophobic reactions to such imagery, I wonder: What is so queer about self-representation? What is so bad about “the gay agenda”? The threat to the Mayor, to the advertising corporations, and to publics then (and now) is what this exhibition highlights about art: it can be a tool towards expressing utopias. At the online panel discussion presented as part of this exhibition, Millan and Dempsey shared insight into how much things have changed over a number of generations, referencing a time where gay sex was illegal in so-called Canada. Meanwhile, Cuff brought up contemporary concerns for young queer people, such as the irony of making capitalistic opportunity out of gay culture. 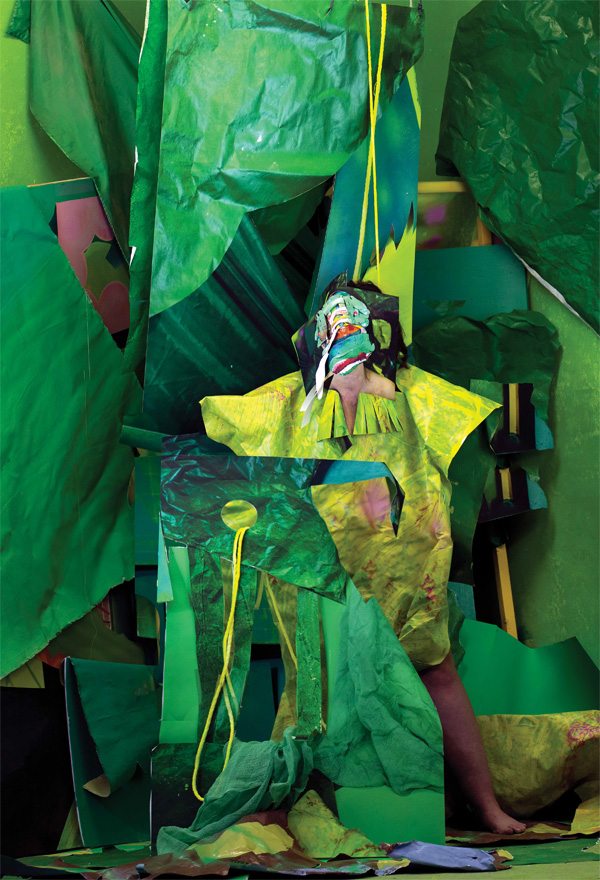 Jean Borbridge, Cladding: the application of one material over another to provide a skin or layer., 2020, digital photograph

At this time of social distancing and staying home, the task I gave myself to seek out these installations was bittersweet. It reminded me that community can be difficult to find, but can bring deep fulfilment when it is finally found. It made me consider who would have difficulty accessing this comfort, regardless of or even more so within a pandemic. The exhibition description itself references José Esteban Muñoz to remind us that utopia is always out of reach. It is evident that our collective gay agenda does result in meaningful change in one’s own lifetime and for future generations. Continually asking ourselves how to share the liberation felt in the power to be and to represent oneself is the act of community-making that One Queer City seeks to engage in.

One Queer City continues until February 14.
University of Manitoba School of Art Gallery: http://umanitoba.ca/art/one-queer-city-2020
PLATFORM Centre: http://platformgallery.org/exhibition/one-queer-city/
A map to the works can be found here.