In For the Otherwise Unaccounted, the Dubai-based artist Lawrence Abu Hamdan explores reincarnation as a method to bear witness to certain histories. At the centre of this solo exhibition at the Audain Gallery is a man named Bassel Abi Chahine, a thirty-one-year-old historian who has recovered memories of his previous life as Fouad Al Jawhary, a seventeen-year-old soldier who died in conflict during the Lebanese Civil War in 1984. 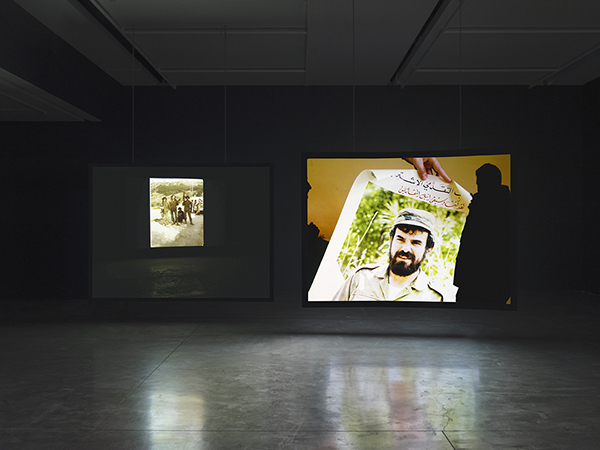 In the two-channel video, Once Removed, and in Natq, a performance lecture, Abu Hamdan enters into conversation with Abi Chahine, discussing the historian’s meticulous and exhaustive archive of objects, interviews, and photographs from Civil War-era Lebanon, and the People’s Liberation (PLA) army, the military wing of the progressive Druze Socialist Party, known for their use of child soldiers, who fought in the civil war as part of the Lebanese National Movement. The conversation brings about questions of truth and justice, asking what may serve as evidence for this period.

The Lebanese Civil War remains a contained history within Lebanon, where access to information has been limited, and evidence of its past, be it object or testimony, either intentionally redacted, destroyed, or suppressed as a matter of national peacekeeping. For the current generation such as Abu Hamdan and Abi Chahine’s, there is very little access to knowledge from this time. Abi Chahine began to amass his research in 2008 after first having flashbacks. His ongoing inquiry collects ephemera and personal stories from former PLA soldiers in an effort to recognize himself as Al Jawhary among these events and artifacts. 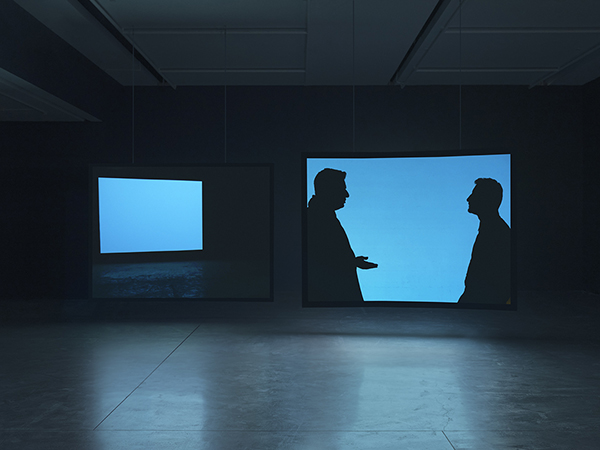 For the Otherwise Unaccounted is an experiment with time, where viewers are asked to suspend traditional notions of chronology. Instead, we enter into the perception that all tenses operate simultaneously along the plane of existence. This concept is strongly demonstrated in Abi Chahine’s attempts to reconstruct his recovered memories through photography.

Using personal photographs collected from soldiers and family members during the civil war, Abi Chahine experiments in recreating the image at the same sites in contemporary Beirut. Bassel’s present day images are not faithful reconstructions, but make every effort to capture the scene from the same angle, in the same light. Certain people and things are significantly missing in his recreations – soldiers, bullet holes, war torn buildings – and their absence lends a haunting, ghostly impression where the past bubbles below the visible surface.

This effect is startlingly echoed in both Once Removed and Natq where Abu Hamdan utilizes his body as a medium for storytelling, weaving between the channeled screens as he narrates Bassel’s process. These investigations of place layer fragments of the young Fouad Al Jawhary’s life underneath Bassel’s singular search to uncover his past. Abu Hamdan’s own investigations rest on top of each these pieces, as simultaneously unresolved strands of time, all signalling at once from a single image. 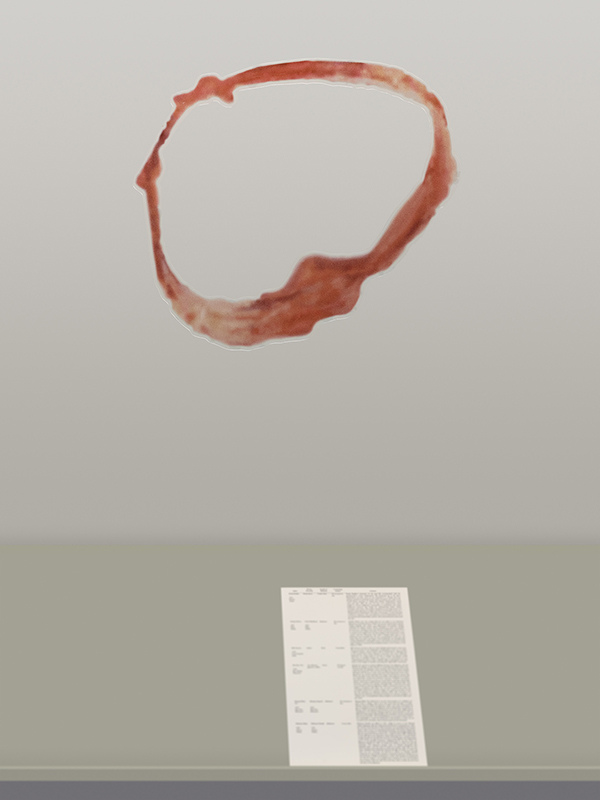 Bassel Abi Chahine and Lawrence Abu Hamdan are from the ethnoreligious Islamist sect Druze, which is distinguished by a belief in reincarnation. At one point, Bassel visits Al Jawhary’s home – his home – and meets with his former father who greets him, “I’ve been expecting you.” Bassel’s face is seen to soften in photographs with his father, who recognizes him as having returned.

The gallery’s street-facing windows present a titular set of vinyl prints developed from research made by Dr. Ian Stevenson in his 1997 tome Reincarnation and Biology. Stevenson’s book records international field work that corresponds individual claims of reincarnation with physiological traits, in particular, birthmarks. Not unlike the ghostly effects of Bassel’s reconstructed photos, the vinyl imprint of the birthmark on the window cast shadow on the wall behind, exploring the birthmark as a historical remnant that connects bodies across lifetimes.

Abu Hamdan approaches reincarnated history with fascination and interest, never from a place of mistrust. While a Western tendency may be to treat the possibility of reincarnation with suspicion, the amount of empirical evidence that Bassel uncovers from the civil war is astounding. In his search for the face of Al Jawhary, he contextualizes his memories through research, collected propaganda, flags, stories, and other objects and facts. So even if the viewer is not on side with Bassel, it is undeniable that the work he does, motivated by reincarnation, is productive of a real and substantial historical record.

Yani Kong is SSHRC Doctoral Fellow of Contemporary Art at the School for the Contemporary Arts (SCA), Simon Fraser University. She is a recipient of the Living Labs Grant, exploring sustainable practices in streaming media in online teaching and learning in addition to developing research in reception aesthetics in contemporary art. She is an instructor of art history and cultural theory at Langara College, managing editor of the Comparative Media Arts Journal, and a contributing writer, editor and critic for several Canadian publications including Akimbo.ca, Galleries West, and Public Parking.