Looking forward to 2021, it seems like things might eventually get back to normal, but it would be nice if we took this rupture in everyday business to entertain some changes. A deeper engagement with online art and exhibitions is clearly in order. A reappraisal of the importance of public support for the arts will be necessary. And a reflection on the value and purpose of community could make up for all those postponed exhibitions and projects that need a new home. However, before we consider the future, here are three more critical comments on the year that was.

My thoughts have turned again and again to the exhibition David Wojnarowicz, Photography and Film 1978-1992 at the Morris and Helen Belkin Art Gallery (January 10 – April 5, 2020). I viewed this exhibition on March 17th, just two days before BC initiated a formal lockdown. Wojnarowicz’s art is political in every sense, exploring sexuality and difference in his early work, and later documenting the AIDS crisis as the disease ravaged his own body and the bodies of his friends and peers. In the light of our current pandemic, I found in this exhibition a meditation on what it means to create in the face of a disease. Although my first reading pondered the indifference of the AIDS epidemic, and of viruses more generally, I think now about how the works in this show opened up to Wojnarowicz’s deep loneliness and how this loneliness then opened up on us. Of his practice, the artist has said, “I want to make somebody feel less alienated – that’s the most meaningful thing to me. We can all affect each other, by being open enough to make each other feel less alienated.” As a document of his own alienation, he offers up a community for the lonely. We may follow his lead and bear witness to this empty pain for the sake of the many who share it. 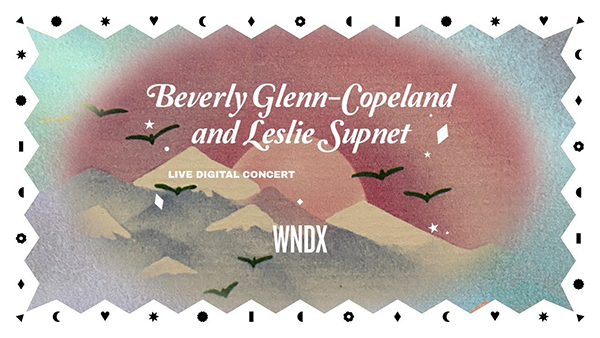 Along with everything else 2020 has been, this is also the year I learned about Beverly Glenn-Copeland. WNDX Festival of Moving Image presented a live digital concert with him and local filmmaker Leslie Supnet this fall. I googled him before the concert and listening to his 1986 album Keyboard Fantasies for the first time provided an emotional release I didn’t anticipate. I learned that Glenn-Copeland has been active as a musician since the 1970s and is touted as a trailblazing, avant-garde jazz/new age/folk/blues musician and trans activist. I also learned that despite his decades of creative output, his music has been deemed obscure by a variety of mainstream news sites – in fact, 2020 was meant to be a breakout year full of international tours for the artist. Watching this digital concert, Glenn-Copeland’s presence and music felt like a gift to the viewers. Wholesome, witty, and wise are a few words I would use to describe him. Simply put, I felt a sense of kindness and love through the screen. Supnet manifested sensational visuals in sync with the performance. Her video art acted as a virtual stage for the musician and mixed trippy and upbeat 1980s and 1990s aesthetics and footage. This digital concert was a moment of tenderness, reflection, and energy that had me smiling with endearment the whole way through.

Terence Dick in and around Toronto: The Tree Museum 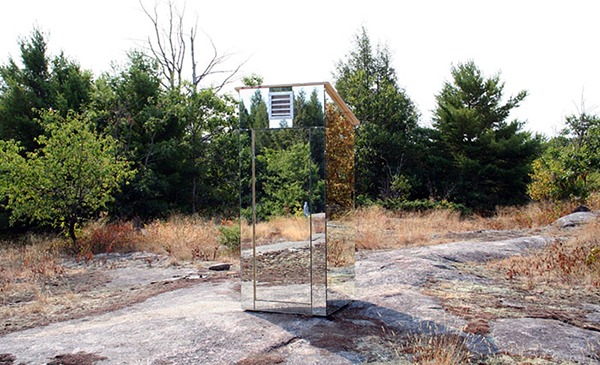 The past year was challenging in different ways for different people. Some struggled with no work, others were overloaded. Time, the dimension that all artists need to create, became unpredictable as we spent our days waiting for infection rates to drop, lockdowns to end, test results to come back, and vaccinations to arrive. My own anxiety was exacerbated by a family member’s higher risk to the dangers of infection, so even the periods of relaxed restrictions provided no relief from the fear of contact and going out to the corner store, let alone an art gallery, required a serious evaluation of the medical hazards. My one afternoon of art-related respite came on a sunny Thanksgiving afternoon. We had rented a cottage to escape the confines of the city and by chance happened to be a short drive from The Tree Museum. I had heard about this place for decades, but never visited, so we headed over. Scrambling over boulders, along muddy paths, and past an overflowing beaver dam to find sculptures imbedded in earth, stone, and wood reoriented the usual thrill of discovery away from a series of white cubes to the unmanicured environment. It was a luxury to be out in nature and a gift to not have to worry about viral shedding for a couple hours. Instead we found wonder in artistic interventions that were part of, not at odds with, the world. It was a pause within the greater pause that has defined the last ten months; one that I will savour from the year like no other.