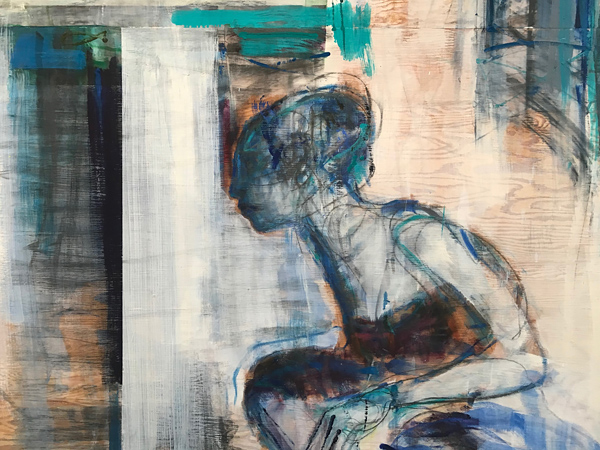 The Man behind The Curtain (the visible workings of Stuart Reid)

What does it look like? I asked.
His response was classic Reid, “It’s not important”.
As we share a comic mistrust of reality, I understood this flippant comment to also suggest that an object’s visual appearance is only part of the picture.
However, as I’m always interested to hear how an artist attempts to expresses “their voice”, with their voice, upon further probing he offered up this –

“I will say it’s kind of enveloping, getting very close to and surrounded by 10’ tall scrawled, smeared sheets of half painted plywood semi-pleated walls.”

Of course!
That explains it perfectly without revealing one shred of evidence of what this recently completed artwork looks like.
But it sounds just like his brilliance at Union Station I thought, which is really what I want to write about here, because I’ve seen that! many times, and I love it, and I won’t have seen this artwork at Gallery Stratford until it opens, at which point, I suppose, it will be too late?

I thought it was kind of odd that he asked me to write about his art.
I like Stuart, but we’re careful not to get too close.
Personally I think he’s crazy, I mean in a bad way.
And very smart at the same time, in an even more dangerous way.
We could easily hate each other.
Very easily.
But just haven’t yet.
Perhaps it’s a mutual frictional fondness we feed on?

It’s that same fractured frenzied friction that shines out of all his artwork.
He pushes you onto the tracks of an angry love poem, and under the spell of pencils and paints or glass or whatever and as you flow into ‘his station’ and catch a glimpse of the people both real and imagined, then cross over to another platform and look back at your self within the liquid walls, both still and uncomfortably vibrant, you begin to see Stuart’s hand pushing you toward the edge and waving at you and drawing you in, into the fluid intercourse of electrons and neurons and misgivings and doubt and fear and greed and bruised glass bodies, against moving bodies, against the dirty sexy smear of subway smells.
And there we have it, the dark dungeons of the artist’s mind.
Subterranean even.

“I will say it’s kind of enveloping, getting very close to and surrounded by 10’ tall scrawled, smeared sheets of half painted plywood semi-pleated walls.”

So, what’s he after?
What’s his problem?
The desire to “Art” is a very nice one, I’m sure, but if you’re still struggling with it at 68 we can safely assume it’s deep.
Subterranean even.

I wonder, what does he wonder?
What does he need us to see? and not see?
I don’t buy into the theory that an artist reveals themselves through their art.
They/we use our skills just as much to deflect the gaze, like a mirror purports to be one thing, when it’s actually the opposite!
He takes us into ourselves to meet the strangers.
Why?

Without having seen it, I know for sure that Stuart Reid’s new work will feel like you have entered a small off, off, off Broadway play, and the people in it will look like You – honest little liars, jealous strippers, insecure monsters, pathetic heroes, begging imposters – and all very private people, and all very exposed, and like a dream it moves in and out of focus, and our brain’s biochemical flashes of experience appear and fade in quick succession, and when it’s over he will leave us standing alone on the stage with the smell of electric trains and paint and plywood and private storms in our clothes.
Oh, and he’ll follow you home.

By the time you read this, we will have seen his new work at Gallery Stratford.
Hopefully. 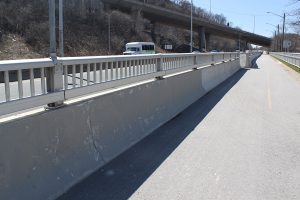