Is there a Latin Canadian cinema? Is there one or a handful of core influences or aesthetics that bind a diasporic Latin Canadian film and video movement?

For two years now, Chilean-Canadian media art curator Cecilia Araneda has engaged in research to uncover, contemplate and reflect on these questions and issues that spoke out from them, with an eye towards developing new programming focused on individual career surveys, aesthetic groupings, and a wider look at Latin Canadian cinema in all the complexities this notion evokes.

In Canadian independent and experimental film, there has traditionally been a strong white male, large urban centre programming gatekeeping system in place to interpret and offer access to work. This historic focus has created a particular canon that excludes swaths of artists deemed “other voices,” whose work, practices and achievements exist, but who receive minimal attention vis-à-vis documentation and larger sector amplification. In spite of many significant successes, awareness of these artists often remains enclosed within regional networks.

Recognizing the need for more active research by curators and programmers across the country to remedy historic programming lacunes – including reaching beyond the Montreal / Toronto corridor – Araneda sought to challenge her own knowledge of Latin Canadian cinema.

Since 2019, Araneda has held studio visits with 23 independent Latin Canadian filmmakers and video artists based in Vancouver, Calgary, Regina, Toronto and Montreal — many of whom she had never met or heard of before this project. From Claudia Morgado Escanilla (Chile/Vancouver), recipient of the Berlinale’s Teddy Award for Best Short Film in 1996, to Pablo Alvarez-Mesa (Colombia/Montreal), whose newest film Bicentenario (2020) recently had its international premiere at the Berlinale; to Gio Olmos (Mexico/Montreal) and Esperanza Sanchez Espitia (Colombia/Regina), both emerging filmmakers entering the field at different stages in life; to Maria Teresa Larraín (Chile/Toronto), who is navigating filmmaking while having grown blind; to many more.

Highlights of this research and a number of films by several Latin Canadian filmmakers are available to the public for free on Araneda’s website. This research and documentation will grow over time, with the intention of supporting future programming across Canada and beyond.

Individual filmmaker highlights, with works currently available for viewing to June 30, include:

Additionally, a retrospective of the works of Franci Duran (Chile/Toronto) curated by Cecilia Araneda will be presented at the WNDX Festival in Winnipeg in fall 2021, in partnership with Harbour Collective and Video Pool. 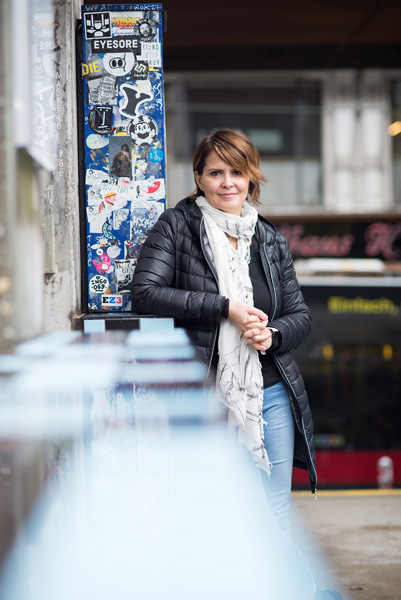 ABOUT CECILIA ARANEDA
Winnipeg-based Cecilia Araneda was born in Chile and came to Canada as a refugee as a child, together with her family. She is an internationally recognized media art curator. In 2019, she became the first-ever curator from the prairies to be awarded the national Joan Lowndes Prize from the Canada Council for the Arts, for independent curatorial practice in the visual and media arts. In 2017, Araneda was the recipient of an international curatorial residency at the FICWALLMAPU International Indigenous Film Festival of the Mapuche Nation. She returned to the festival a year later as a curator to present Caroline Monnet’s first artistic career survey, presented in October 2018 at the festival in Temuco and a week later in Santiago (Chile). Araneda has additionally curated multiple programs over nearly a decade for the WNDX Festival of Moving Image, an organization she co-founded with filmmaker Solomon Nagler. More recently in June 2020, she served as commissioning curator of the !in.site; exhibition at the Art Gallery of Southwestern Manitoba, featuring new artworks by emerging digital artists Dallas Flett-Wapash (Ininew and Saulteaux) and Taylor McArthur (Nakota and Ininew). She is also leading the Winnipeg-based Mujer Artista, a group of Latin women artists from the prairies, which most recently held a group show at aceartinc. in Winnipeg in January 2020.

ACKNOWLEGEMENT
Cecilia Araneda acknowledges the funding of the Canada Council for the Arts in support of this curatorial research project. 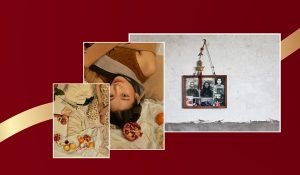