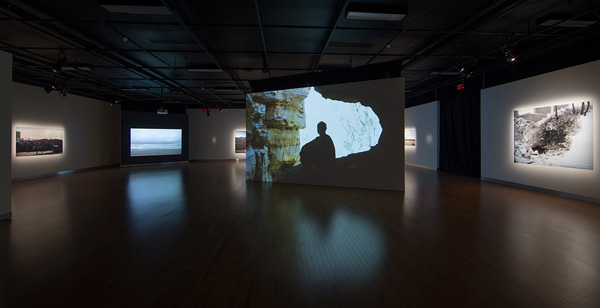 Isabelle Hayeur is known for the rigour and consistency of a body of work conceived around social and political issues related to the environment. Her commitment to the environment and its ominous fate is tenacious and unfailing. The exhibition (D)énoncer, being presented in three regions of Québec, traces the travels and investigations of a photographer and video maker in action, constantly on the lookout for upheavals in our ecosystems, which she transposes into images and words. A large proportion of the exhibition is allotted to her recent output, including previously unseen work. This work is paired with her earliest photographs of excavations and with her involvement with citizens’ and activist groups. Her work conveys the damage our planet is suffering and accords in a gripping manner to say the least with the current public health crisis.

At Plein sud, photographs from the series Underworlds are paired with the shocking video Adrift, which paints a picture of the deplorable consequences of massive industrialisation on our oceans. Taken among other places in the depths of the murky waters of the Staten Island ship graveyard on the United States coast, these photographs of disturbing beauty poorly conceal the scars caused by the drilling ships and oil tankers which sail freely not far from the shore.

At the Maison des arts de Laval, videos and series of photographs are grouped around deracinated natural sites, disrupted urban areas and abandoned rural areas in the wake of devastating environmental phenomena. Altered aquatic landscapes complete the exhibition and demonstrate in turn the sad fact of the profound changes to which our land is being subjected.

The Galerie d’art Antoine-Sirois brings together the series Le Camp de la Rivière, which documents the occupation by a group of citizens of the area around an oil company in the Gaspé region; Dépayser / Strangeland, which casts a critical look at the landscapes created by hydroelectricity in Quebec; and Underworlds, which explores the deterioration of bodies of water, particularly in the north (Quebec and Oregon). 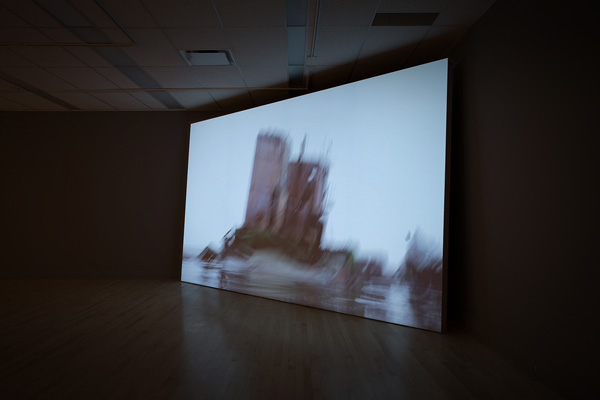 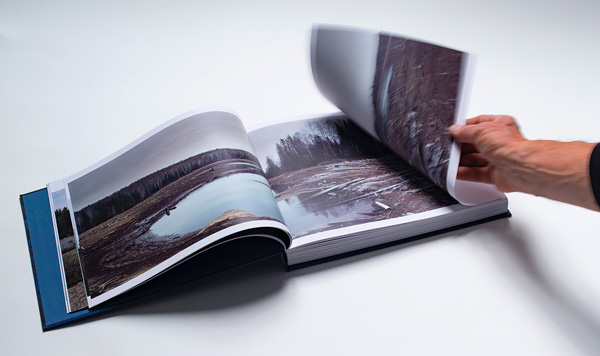 This monograph, the most exhaustive publication to date on Isabelle Hayeur’s work, leads us to the heart of her creative activity, bringing together numerous visual documents, from her composite photographs to portraits of citizen gatherings and activist groups by way of videos, installations in public spaces and reflective texts.

Authors
The authors applied themselves to interpreting, each in her own manner, the many aesthetic and conceptual facets of this photographer and videographer’s ecological conscience. First, art historian, critic and exhibition curator Mona Hakim, undertakes an in-depth exploration of Isabelle Hayeur’s work as a whole, drawing from it the methods in play within the artist’s documentary approach. Concocted effects, doubt, visual ambiguity and dualities are among these methods which, part-way between dream and disenchantment, despair and fascination, create a vision of a world haunted by imbalances and contradictions. In addition, Isabelle Hayeur’s enunciations and denunciations are powerfully echoed by citizen groups on the level of infrapolitics, Hakim also tells us. For her part, Ann Thomas, Senior Curator of Photographs at the National Gallery of Canada, focuses on the series Desert Shores which Isabelle Hayeur carried out on the shores of the now drying-up Salton Sea. The still-present visual signs in this abandoned town, such as advertising billboards, tattered flags and graffiti covering the walls of houses in ruins, illustrate a community’s hopes and afflictions, but especially the failings of an America of unlimited possibilities. For Thomas, this body of work is an important stage in the artist’s output in that it brings together her environmental, social and human concerns. In the third text, the curator, writer and art critic Peggy Gale focuses on Isabelle Hayeur’s video work from the beginning of her artistic career, isolating the recurring forms which embody her ecological, philosophical and human orientations. In this work, movement, transformation over time and the conception and editing of the sound transpose a vital narrative and the artist’s stance without a word ever being spoken. Isabelle Hayeur’s voice and vision, Gale asserts, make up a repertoire of forms and a litany of humankind’s constant forgetfulness and perpetual complacency. 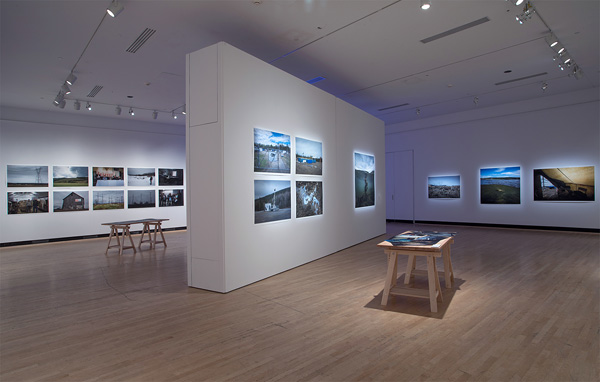 Isabelle Hayeur : (D)énoncer is produced by Plein sud. It was made possible by the financial support of the Government of Quebec.