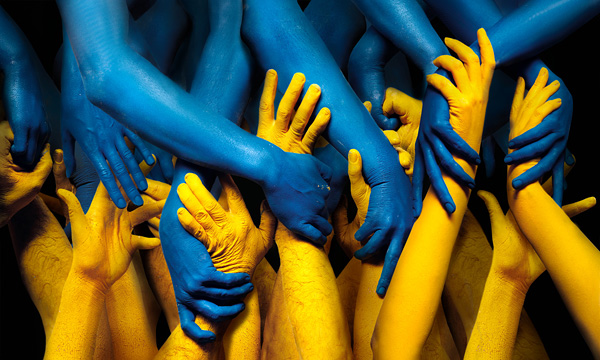 The Canadian National Exhibition Association (CNEA) is presenting the Canadian premiere of the timely and transformative exhibition, Invasion Redux, by renowned Ukrainian artist, Mykola Zhuravel, and his partner, photographer and filmmaker, Daria Tishchenko-Zhuravel, on display in the CNE’s Withrow Common Gallery in Toronto, Thursdays through Sundays, from April 21 – May 29, 2022. Net proceeds from all ticket sales will be donated to the UN Refugee Agency (Canada): Ukraine Emergency to directly support humanitarian aid efforts towards the millions of Ukrainians who have fled their homes into neighbouring countries.

Invasion Redux is a multi-media, contemporary art exhibition that poignantly transforms the artists’ memories of the turmoil and uprising that led to the 2014 Revolution and ouster of former Ukrainian President Viktor Yanukovich and the ongoing political tensions that reached a boiling point with Russia’s hostile attack on Ukraine into vivid symbolic portrayals that encapsulate what it is like to live in the shadow of a hostile giant. Every exhibited artwork – paintings, sculpture, large-scale mixed media installations, photography and film – is a visceral, theatrical and metaphorical response that reveals the tension and tragedy of political and military of events in Ukraine. 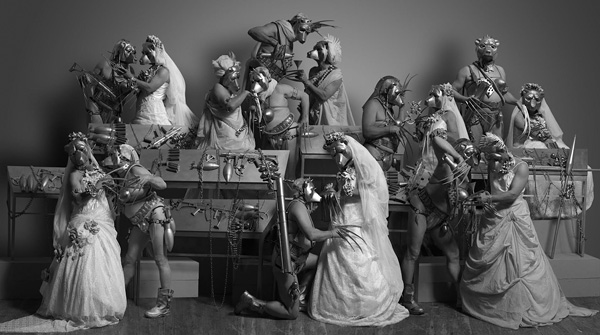 The artists exited Ukraine in March. During their arduous six-day journey from Kyiv to Uscie Gorlicke, Poland, it took them three days to pass through a 15 kilometer line at the border before making it to Poland. They witnessed many others abandoning their vehicles to walk the lengthy distance. From Poland, they flew to Canada arriving on March 27. Tishchenko-Zhuravel documented their traumatic departure, and that of others, through photographs which will be displayed in the gallery.

“The air raid sirens were sounding in Kyiv. We made the decision to head for the border. We had one hour to pack before leaving Kyiv with just one suitcase and our computers and that is what we arrived with in Canada,” says Tishchenko-Zhuravel on their departure from Ukraine.

Invasion Redux was first displayed in 2016 in New York City at the Ukrainian Institute of America. In addition to Tishchenko-Zhuravel’s new photographs, the artists will further build on the exhibition as Artists in Residence at Withrow Common Gallery for the duration of its run. Visitors will be able to observe as the artists’ creative visions unfold to produce new artworks in response to the deadly and tragic events resulting from Russia’s current assault on their homeland. The Canadian installation is curated by Lyudmila Bezpala-Brown. 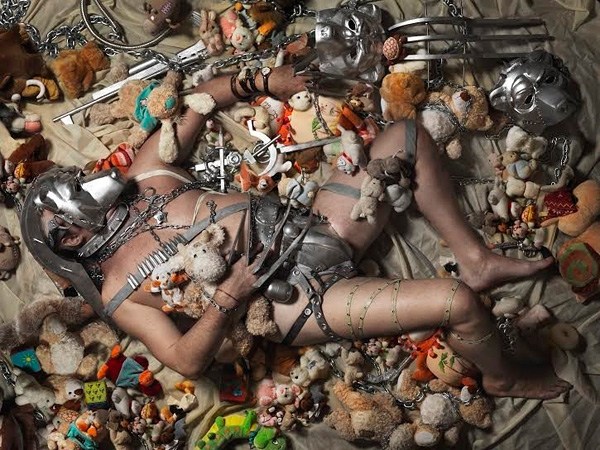 “I had a sense of foreboding after the 2014 invasion,” says Zhuravel. “I felt that it was just the beginning of a Russian effort that would ultimately seek to undo Ukraine. Regretfully, it seems that the works presented in 2016 are prophetic. Putin’s Russia is seeking to annihilate Ukraine. But he did not anticipate the will of the Ukrainian people.”

Zhuravel’s new artwork, Mariupol Madonna: A Prayer for Ukraine, will react to the atrocities of war, the attacks on and impact to Ukrainian civilians, and to the information war, in which Russian propaganda has prepared its people for this moment.

Tishchenko-Zhuravel will enlist gallery patrons to join in the creation of her new piece: Legacy of Help: Giving a Hand, a photographic collage featuring the hands of visitors to depict the Canadian flag.

Zhuravel uses symbolism of mythology and Greek tragedy to depict the perpetrators of aggression and propaganda as characters in stylized gladiator armor and bear-like masks participating in a variety of surrealistically grotesque scenes from a bacchanalian wedding to lounging amid a pile of toys.

“For the Zhuravels and many Ukrainians, the current horrifying turmoil is an extension of the growing hostilities initiated in 2014, when Russia annexed Crimea and, through its conduits, occupied Donbas and Luhansk,” said Darrell Brown, Chief Executive Officer of the CNEA. “Invasion Redux is an exhibition of great significance, offering a timely and critical response to the evolving crisis. In displaying these important works and donating all net proceeds, we offer our solidarity and support to Ukrainians impacted and displaced by war as well as the vibrant Ukrainian community in Canada.” 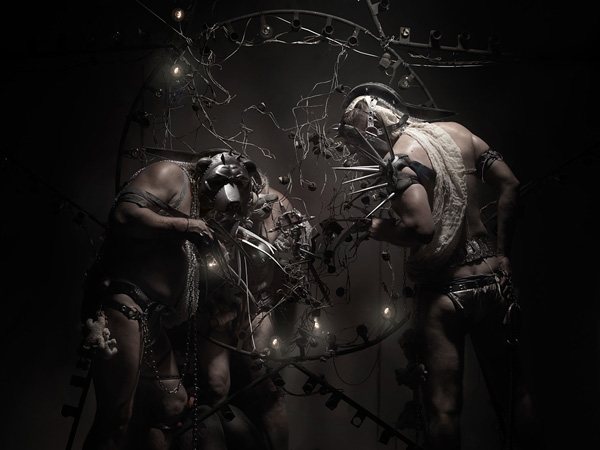 ADMISSION
Tickets are “Pay What You Can” on Thursdays and Fridays and $15 + HST on Saturdays and Sundays. Net proceeds from ticket sales will be donated to the UN Refugee Agency (Canada): Ukraine Emergency. Tickets are on sale now at www.withrowcommon.ca or in person at the gallery.

Invasion Redux will be featured as a part of Doors Open Toronto with free admission on Saturday, May 28 and Sunday, May 29. 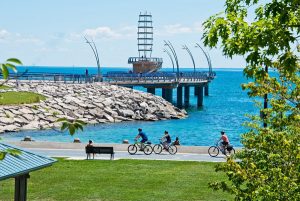