Landlines: An exhibition on your phone 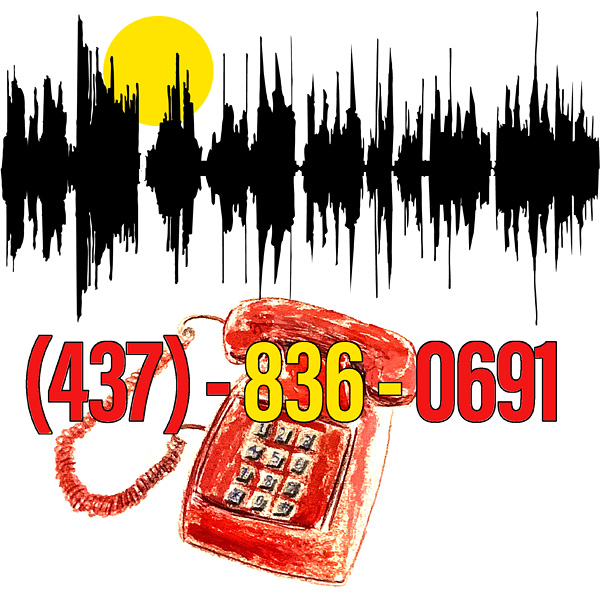 Connecting over great distances, Landlines brings together artists across northwestern Ontario and northern Manitoba in an audio exhibition that can be experienced anywhere, anytime via your phone. Deriving from a recognition that reliable Internet needed for daily communication is still not afforded to many northern communities across Canada, curators Nadine Arpin and Sonya Ballantyne consider the potentials for media art existing beyond our contemporary, Internet-grounded construct, towards the trusted, analogue infrastructures of telephone landlines. Utilizing the nostalgic and familiar sounds and navigational system of the telephone, the artworks have newly realized avenues for profound storytelling, created sound experiences, and poetry.

When the concept of using telephone landlines as a mechanism for creating art was brought to me, I was more than excited. Often when living in rural or isolated communities, one can feel creatively restrained by the lack of access to the equipment and support. The ability to create work with whatever means available is a provocative one, which I knew would pull artists out of their comfort zone and stretch their creative process. I engaged three Anishinaabe creatives who work predominantly in the visual arts, and presented them with the Landline concept. As a mentoring curator, it was important to me that these emerging artists not only explore the concept of an audio-work, but also challenge them to play with the mechanics of the phone tree itself resulting in three unique installation experiences. There is a sensibility about each piece, which has a distinctive voice and speaks from the individual artist’s experience. Randy Dunsford’s Self-Realization is a form of coming of age, spoken word, thought poetry; expressing the wisdom of a young Anishinnabe man who has found strength through appreciating the good in life and accepting that which he can not change. Carrie Lyon’s The Dream uses the keypad like a game toggle to encourage listeners to explore the teaching of the Medicine Wheel through a soundscape generated from her own dreams. Rachel Garrick’s A Possible Future uses a build-your-own-story approach to bring the caller into a fictional crisis, set in a northern First Nation community. Despite working independently, the resulting pieces all shared inherent Indigenous themes of gratitude and connection to both the land and the spirit world.

Landlines came about because of how urban art exhibitions were. I grew up thinking that art was just for rich people. I wanted to make it accessible for everyone to attend this exhibition and I found that a lot of others felt the same way. Thus, Landlines was born.

I never considered what I did in my own work as “art”. Art was never an accessible thing to me and even now, it seems to be a young person’s game. However, with Landline, it was my intention to ensure we had age representation (both young and older) and genres that are not traditionally seen as “art” such as rap music.

This is my first time as a curator and I am honoured that it is for this exhibition. I want to thank Osani and Moneca for contributing their work as well as the other artists under Nadine’s banner who joined us.

Nadine Arpin is a 2Spirit, Red River Michif filmmaker, media artist, living and producing work in Sioux Lookout, Northwestern Ontario. Nadine is interested in telling stories which blur the lines of legend, memory and truth. Her work draws upon traditional Métis philosophy in a contemporary context to create hybrid cinematic and installation experiences.

Sonya Ballantyne is a Swampy Cree writer and filmmaker based out of Winnipeg, Manitoba. She is originally from Misipawistik First Nation. Sonya’s work focuses on Indigenous women and girls in non-traditional genres such as science fiction and fantasy. She hopes to write a Superman comic one day.

Osani Balkaran aka The O.B is a Guyanese/Cree abstract rapper & music producer from Winnipeg, Manitoba. He incorporates philosophies and aesthetics from both his cultures to shape and deliver a picture of day to day anxieties. His cinematic dreamlike performance paints a picture of imperfection and beauty using instrumentals and sound design. Furthermore, Osani has a vast array of training and work experience with arts based organizations such as Studio 393/Graffiti Gallery, Synonym Art Collective, Red Rising Magazine & Unity Charity. As a music instructor and youth ambassador, he hopes to bring continued investment and interest in the creative sector by connecting with the next generation of aspiring artists.

My name is Randy Dunsford, I like to write, listen to music, I love to talk, I’m an open book, I like to make music, I have creative ideas.

Rachel Garrick is a band member of Lac Seul First Nation and resides in Hudson, a small community in Northwestern Ontario. She co-wrote and produced the film, “Jane and the Wolf” in 2015. She wrote and directed the film, “The Gift” in 2021. Rachel continues to write and create art in her home.

Boozhoo! My name is Carrie Lyon. I am an Oji-Cree media artist from Sioux Lookout, Ontario. I enjoy landscape photography, poetry and painting. Art for me has always been an expression of my spirituality and capturing the duality of nature. 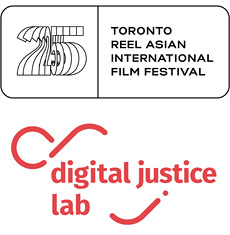 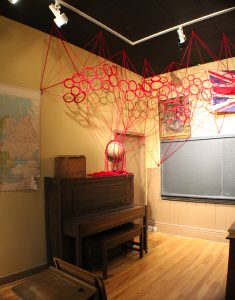 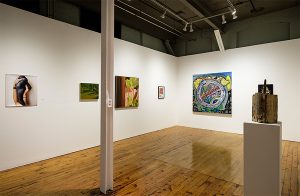