with the assistance of dance captains Claudia Moore, Rob Abubo and Mikiki

You are invited to participate in this dusk-to-dark performance where you’ll walk’n’roll through gestures from Dragu’s urban stories of negotiating public transit with mobility aids, wheelchairs and baby strollers. This venue is an outdoor park space with paved footpaths and some uneven terrain.

Special thanks to the Toronto Transit Commission.

waters/edge invites a group of participants to engage in group walks that result in making ensemble sound / bell songs, at places where the water’s edge meets the land. A sounding exploration and sonar reading, waters/edge invites an aural reflection of both the body’s own fluid systems and bodies of water. All are welcome to come and listen/observe. The walks will take place outdoors on public beaches with uneven terrain.

For those wishing to participate as bell ringers, Robin will offer several prelude workshop sessions.* Through several somatic based workshop rehearsals, participants will be introduced to a walking, sitting, and bell ringing journey near the water’s edge. Those attending one or more of the prelude sessions are expected to commit to participating in at least one of the scheduled walks.

DoubleBind is a wearable media project that examines the intersections between place, identity and activism through a hooded sweatshirt connected to Twitter. The piece is designed to be worn in two ways—with the hood covering your head, or zipped into a collar around your neck. Tweets will be generated in your personal account based on where and how it is used, affecting your social identity in both physical and virtual environments.

Book a 45-minute appointment to test out the hoodie in the neighbourhood surrounding Dames Making Games. You will need a Twitter account, and a cell phone with Twitter and a QR code reader installed, to activate the work.

(**Advance registration required. Follow this link to book your spot via Calendly.)

Margaret Dragu works in video, installation, web/analogue publication and performance. Spanning relational, durational, interventionist and community-based practices, she has presented her work across Canada, the United States and Europe. An innovator and pioneer in Canadian art, Dragu is a 7a*11d Éminence grise (2012), was the first artist featured in FADO’s Performance Art Legends publication series, and was the recipient of the Governor General’s Award for Visual and Media Arts in 2012.

Robin Poitras is one of Saskatchewan’s most prolific dance and performance creators. Creating dance, performance and installation works, she has been actively engaged in contemporary dance practice since the early 1980s. Robin’s works have been presented across Canada, in Spain, France, Germany, Mongolia and Mexico. She is a recipient of the 2016 Lieutenant Governor’s Lifetime Achievement Award, the 2006 Mayor’s Awards for Business & The Arts Lifetime Achievement Award, and the 2004 Women of Distinction Award for the Arts. In 2008, she was one of 7a*11d’s Éminences grises.

Jessica Thompson is a media artist working in sound, performance and mobile technologies. Her practice investigates the ways that sound reveals spatial and social conditions within cities, and how the creative use of urban data can generate new modes of citizen engagement. Her work has been shown across Canada, the United States and Europe. She is an Assistant Professor in Hybrid Practice at the University of Waterloo.

TPAC, best known for its biennial 7a*11d festival, was established in 1997 by a group of local performance artists and organizers, keen to create a forum for performance, live and action art in Toronto. Since then, Toronto has proven itself to be performance art-centric, and what began as the first 7a*11d International Festival of Performance Art has continued to grow and offer audiences the best of contemporary performance art from around the world. Thanks to the Canada Council for the Arts, Ontario Arts Council, and the City of Toronto through the Toronto Arts Council for their generous support of this project. 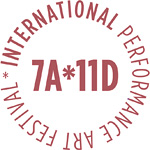 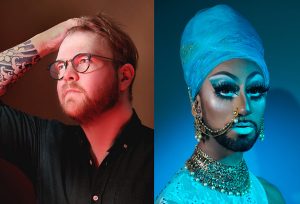