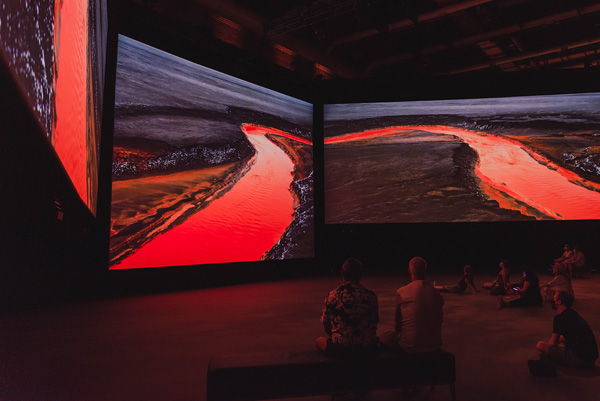 Edward Burtynsky’s In the Wake of Progress
An Immersive Experience

“I’ve been following Ed’s work for years and am intimately aware of all his series. To see it all come together in this incredible production is an experience not to be missed. One of the greatest art pieces I’ve seen in my life.”
– Darcy Killeen, Scotiabank CONTACT Photography Festival

Audiences are raving about Edward Burtynksy’s singular work, In the Wake of Progress. This stunning journey reveals the stark impacts of human industry on the planet through images and films curated from Burtynsky’s 40-year career and choreographed to a striking original score.

Following the public world premiere on the screens surrounding Yonge-Dundas Square during the opening weekend of Luminato Festival Toronto, In the Wake of Progress was transformed into an intimate immersive experience debuting in Toronto. 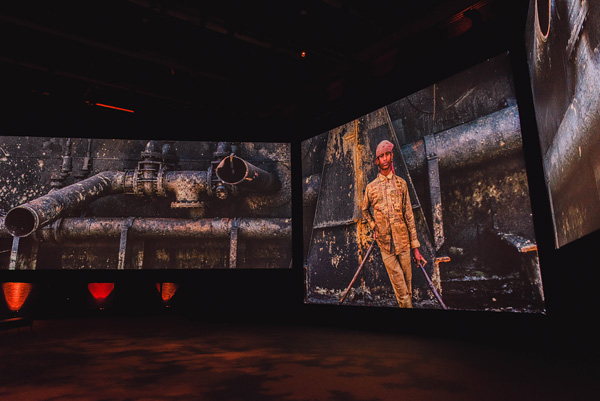 Audiences are invited to explore a curated gallery of Burtynsky photographs and high-resolution murals, including some new and never-before-seen work and two unique augmented reality (AR) experiences, which explore the impacts and legacy of the internal combustion engine.

The experience will also include a space called the Change Station, where visitors will be encouraged to become positive agents for change in their own local environments. The Change Station will present simple, tangible and engaging calls to action from select organizations, supported by the artist, all of which are designed to answer one question: “what can I do now?”

Co-produced by Canadian music legend Bob Ezrin, featuring an original soundtrack by Phil Strong with vocals by award-winning Cree Métis artist iskwē and performances by musicians of The Glenn Gould School at The Royal Conservatory of Music, In the Wake of Progress marks Burtynsky’s most extensive and ambitious retrospective project to date and challenges us to have an important conversation about our legacy and the future implications of sustainable life on Earth. 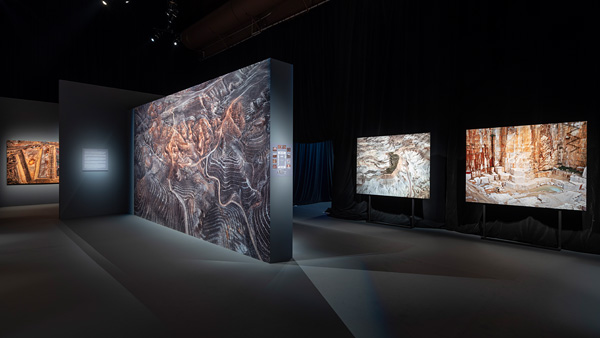 ‘We’re All Incriminated:’
Behind the Scenes with Ed Burtynsky as He Prepares to Mount His Immersive, Scathing New Film, In the Wake of Progress
THE GLOBE AND MAIL

Chronicling the Scars of a Ravaged Earth
NOW PLAYING TORONTO

Edward Burtynsky on Finding His Calling, Plus His Biggest Project Yet In the Wake of Progress
Q with TOM POWER 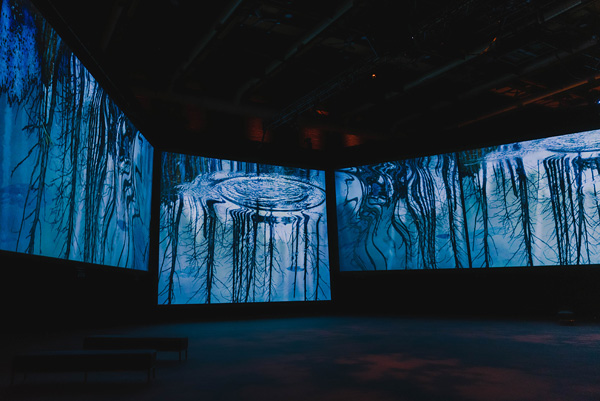 Accessibility: The venue is accessible