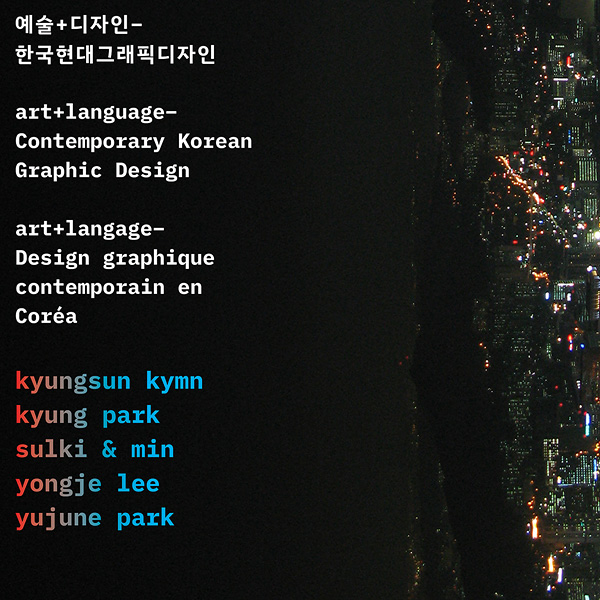 Earlier this year, the KCC called for curators to submit new exhibition proposals to celebrate our solid friendly relationship between Korea and Canada to mark the 60th anniversary of the diplomatic relations between the two countries in 2023. The call also aimed to open up critical dialogues between Korean and Canadian curators to envision a deeper connectivity and sustainable collaboration between the two countries. art + language is the second of four exhibitions from the 2022 Call for Curators Exhibition series. 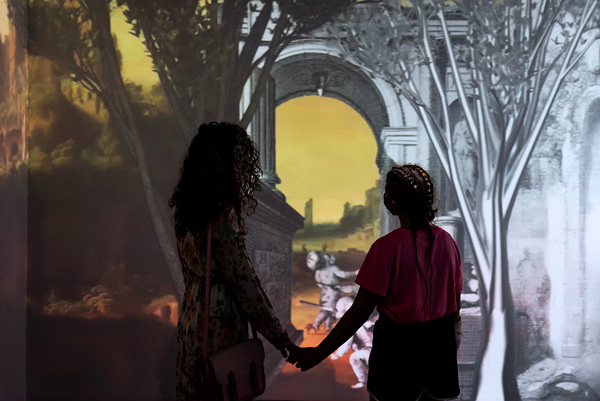 The works of art+language arerich in cross-cultural quotation. Notable examples include Kyungsun Kymn’s Reading a City Through Street Signs, 2000, a series of letterpress-printed post cards expressing the discordant textuality of urban street signs in London, UK. Perhaps Kyungsun’s ‘found’ concrete poetry was a response to the confounding nature of a wholly Englishspeaking environment.

Sulki & Min’s suite of three posters for the Gwangju Biennale 2014 invoke the theme of the Biennale, Burning Down the House, the provocative Talking Heads song title. Sulki & Min were inspired by the dynamic and expansive nature of fire, and co-designed a typographic system, with Shin Shin, a Korean design studio, that included three weights and five different line breaks which allowed their title to occupy as much surface area as possible, in any given space, expressing the expansive nature of fire.

Yongje Lee’s poster, Dongdaemun, displays a Hanguel font he created for Dongdaemun Design Plaza, an extraordinary and controversial building designed by Zaha Hadid Architects. The poster includes childrens’ nursery rhymes and the names of local places and community members that were demolished or displaced by its construction.

The experimental and commissioned works of art+language emphatically demonstrate that Korea continues to lead in the cultural and technology sector in extraordinary and admirable ways.

This workshop will introduce the invention, history, and development of the Korean alphabet, Hangul. Through lectures and hands-on exercises, we will understand how Hangul is written, pronounced and used as a form of communication. In line with that, emphasis will be given on the introducing a new writing system to an already existing culture as well as the subsequent changes and development in establishing Hangul as an official letter. 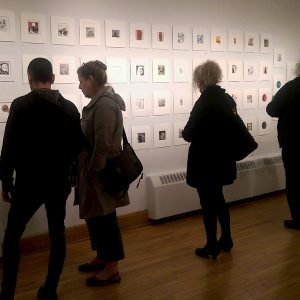