Artist as Policy Shaper: A Conversation and White Paper

Join us for a conversation led by New York-based artist collective Mare Liberum, convening artists, curators, thinkers and policymakers to reflect on recent art and policy collaborations, as part of Mare Liberum’s new public art project which will unfold in Toronto in 2021. This panel discussion is presented by Waterfront Toronto, Evergreen and the Center for the Humanities at The Graduate Center, CUNY.

When artists are brought in by public and governmental institutions to act as collaborators and work closely with policy makers, what exactly is being asked of them? Artists are increasingly written into public spending budgets (e.g. 1% for art programs) and even into private development master plans as a “giveback” to surrounding communities.

Artists can lend visibility to unseen systems or bring attention to inaccessible geographies, and their work is often at the forefront of public understanding of a place and relationships between communities, stakeholders, and policymakers. However, artists’ role in large scale public development projects that may involve multiple bureaucracies and private actors, spanning decades or centuries, is open ended and often unclear. Artists contribute a less tangible good. Artists can ground projects in dialogue, in humanity, in anti-colonialism, in anti-racism and reparations. Artists can introduce difficult questions and activate heretofore underserved audiences and communities.

Moving beyond traditional forms of public art and monument-making, artists who lead conceptual practices that work on, through, and in questions of policy, social practice and performance are increasingly being given a seat at the table to weigh in on policy decisions.

“Artist as Policy Shaper: A Conversation and White Paper” will set in motion Mare Liberum’s year-long engagement with the site of the Lower Don River and its constituents, and with plans for the future of the watershed. A collaboration between Waterfront Toronto and Evergreen’s respective public art programs, Mare Liberum’s project is presented against the backdrop of Waterfront Toronto’s current renaturalization of the mouth of the Don River as part of the Port Lands Flood Protection Project, as well as Evergreen’s ongoing partnership with the City of Toronto’s Parks, Forestry and Recreation Department to support access and ecology along the Lower Don River, and the City of Toronto’s proposed renaming of the Lower Don Parklands to one of its assumed Anishinaabemowin place names, Wonscotonach Parklands.

Touching on issues around urban watershed systems, Indigenous waterways and land relationships, access to water in urban environments, flood mitigation, the relationship of natural and built environments, access to public waterways, and the role of art in policy-making, the project is envisioned as a series of modules that engage with local ecosystems and communities in the Lower Don River Valley. The central focus of Mare Liberum’s project is the construction of a boat with members of the public in summer 2021, designed specifically to navigate the Lower Don.

This event will take the form of a series of short presentations followed by a discussion and Q&A.

A follow-up event scheduled this fall will convene a working group aiming to produce an outline for a white paper on the role of artists as policy shapers. Artists, policymakers, Don River enthusiasts, naturalists, and the interested public are invited to attend and lend their opinion to this community-drafted document. Please email jgirmenia@evergreen.ca for more information. 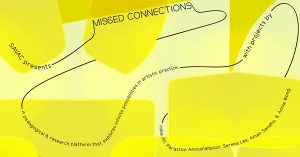 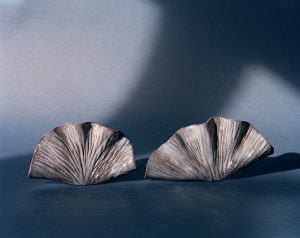 Salon 44 Online – A fundraiser for Gallery 44 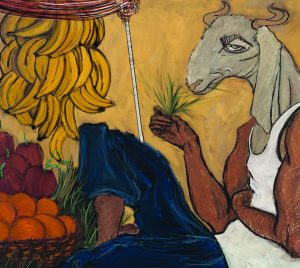