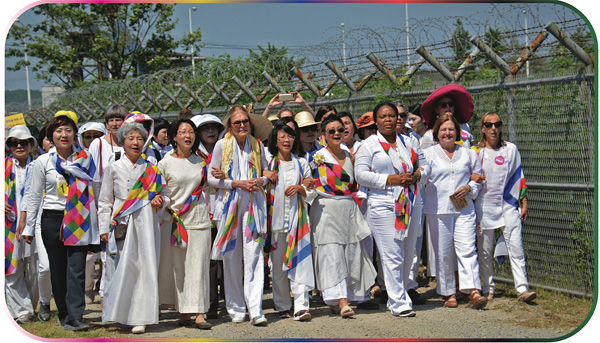 Deann Borshay Liem, a Sundance Institute fellow, has worked in independent documentaries for over twenty years. Her films include the Emmy Award-nominated documentary, First Person Plural (Sundance, 2000) and the award-winning films, In the Matter of Cha Jung Hee (PBS, 2010) and Memory of Forgotten War (with Ramsay Liem; PBS, 2015). As former director of the Center for Asian American Media (CAAM) she activated the work of racialized artists in public media.

Join us for the Canadian premiere of Liem’s film CROSSINGS, a documentary that follows a group of international women peacemakers who set out on a risky journey across the demilitarized zone between North and South Korea, calling for an end to a 70-year war that has divided the Korean peninsula and its people.

Following the screening Deann Borshay Liem will be in conversation with Christine Ahn of Women Cross DMZ.