When they aren’t out at sea, fishers often participate in traditional crafts such as model boat building, for pleasure and to plan the construction of boats and ships, as well as to celebrate and commemorate them. Artist and documentary filmmaker Katherine Knight has noted that these models are “the material residue of historical patterns of leisure and labour.” Wild Thing, a new exhibition hosted by the Northumberland Fisheries Museum features photographs by Pictou-resident Knight working in collaboration with local model boat maker Jim Turple. 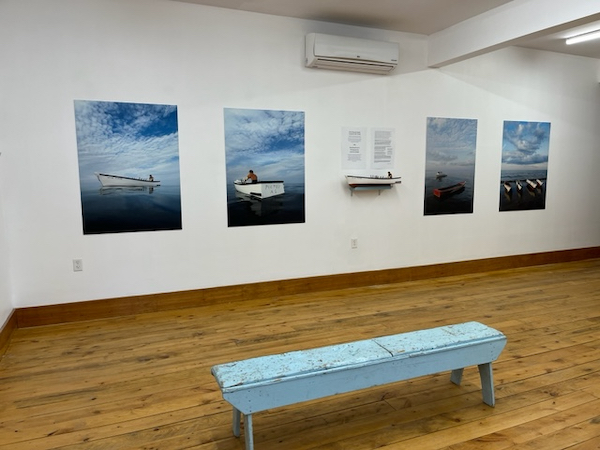 The front room of the museum showcases one of Turple’s most well-known models: Wild Thing. Installed on a shelf between four of Knight’s large-scale photographs, the titulary boat was made in 1980 and celebrates the tradition and excellence in craft that the hobby represents. Unlike most of the models on display, Wild Thing is not based on an existing boat. Instead, Turple invented the design, using a V-shaped bottom commonly seen in lobster fishing boats popular in PEI. 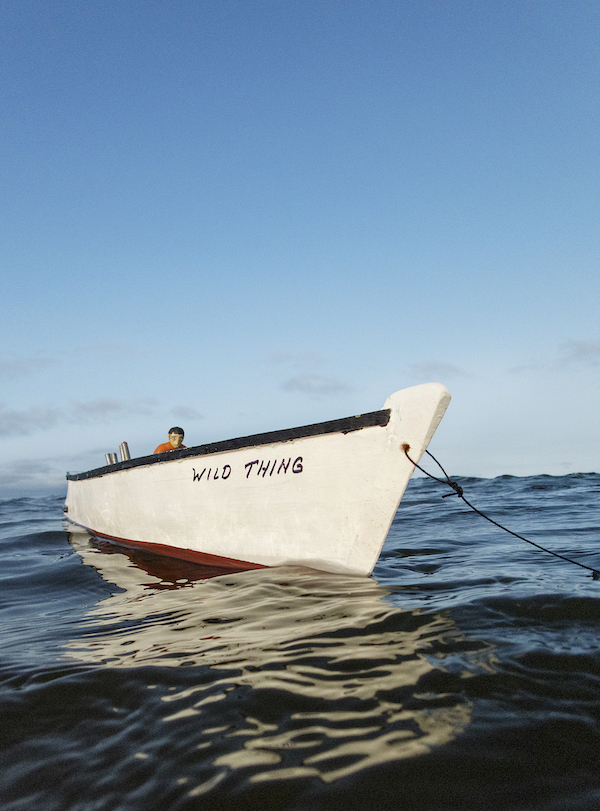 The photographs in the exhibition are part of Knight’s series Modelling Memory: Fact, Imagination and Maritime Ship Modelling. Since 2018 she has been photographing model boats made by local carvers and artisans. She captures the images in various places of significance: the homes of the artists who made them, in museum collections, and at sea. The models are attestations of Maritime joy, remnants of the past that speak to a specific history, while the photographs capture the spirit of joy and skill the models represent. Knight brought Wild Thing and a selection of other model boats down to the sea at Caribou Harbour where she photographed them in the water and along the shore of the beach. Micro and macro-cosmic perspectives coalesce in the images. The viewer is brought into intimate proximity with Turple’s models on a human scale through Knight’s vision. Reflected in the glassy surface that evokes the smell of the salty sea, the boat glides through the water.

Through her artistic collaboration with Turple and the Northumberland Fisheries Museum, Knight presents a contemporary take on a local space and tradition. The fisheries industry is central to Maritime life, not only economically, but culturally and historically. Knight’s photographs celebrate the deep ties, care, and love for the sea that Nova Scotians and Maritimers carry, touching on a central aspect of life in Atlantic Canada. 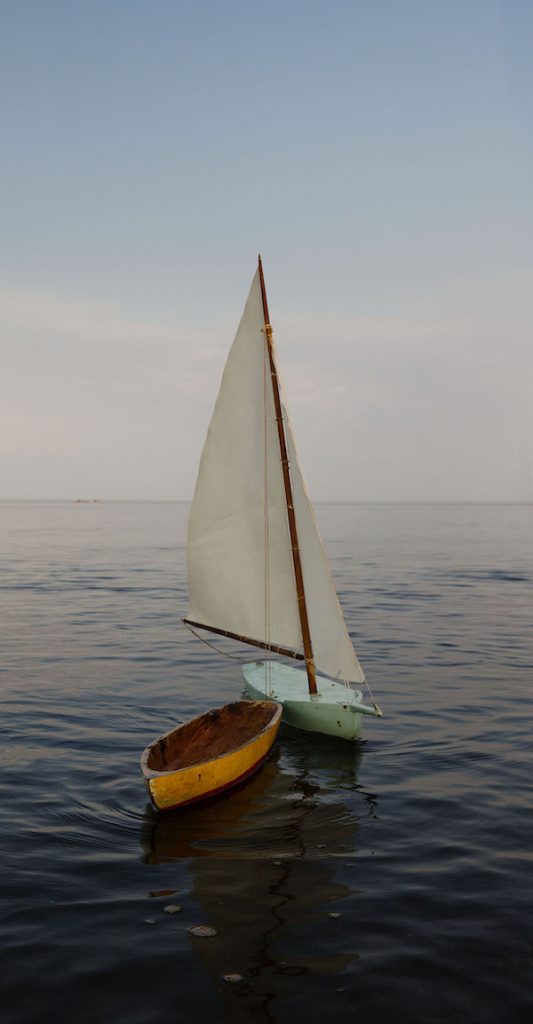 Wild Thing demonstrates excellence in collaboration and a decisive curatorial approach that reinvigorates the museum space. Projects such as this exhibition offer a new lens to see what the community of Pictou, a small town two hours north of Halifax, has to offer. In the last two years it has become somewhat of a magnet for creativity with an influx of artists, writers, musicians, and other creatives moving to town. Witnessing artistic work happen in smaller communities, breathing new and fresh life into spaces and places that have struggled, brings new hope in such hard times.

Wild Thing continues until the museum closes for the season.
Northumberland Fisheries Museum: http://northumberlandfisheriesmuseum.com/
The museum is accessible.