Whyishnave Suthagar makes site specific installations using black light, thread, and original soundscapes. She plays with light, space, and sound to create immersive meditative experiences using the aesthetic principles of mass culture. Themes in her work include ancient myth, dreams, memory, and the subconscious mind. She received her BFA from McMaster’s School of the Arts, and was a part of the 14.0 Remix Project. To date she has shown her work at the McMaster Museum of Art, MUCH Music HQ, the Gladstone Hotel, Manifesto TO, the Drake Hotel, Stackt Market, MOCA, Artscape Daniels Launchpad, the Toronto Distillery District, and the Big on Bloor Festival. Her Augmented Reality work Primaveral is included in the Nuit in Your Neighbourhood program of Toronto’s 2020 Nuit Blanche festival on October 3. 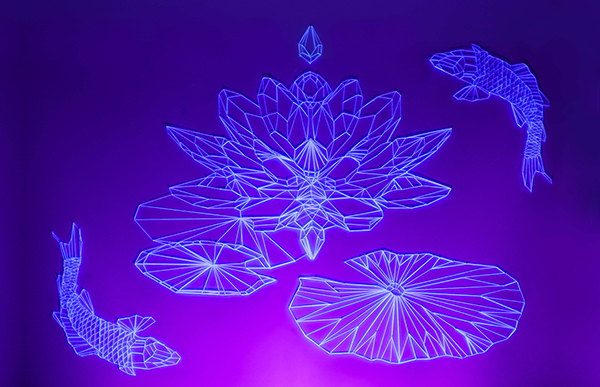 Referencing 3D modeling is a large aesthetic component of my installations. I am fascinated more specifically with how 3D modeling is used to model elements of the natural world. When a 3D model is set to wireframe mode, you are able to see the original form as a compilation of 2D shapes. Thus the complexity of a natural/organic object is distilled into basic geometry – i.e., a bunch of squares and triangles. This process of taking natural forms and organizing/deconstructing them for the human mind is an aesthetic choice I play with when creating my own installations. 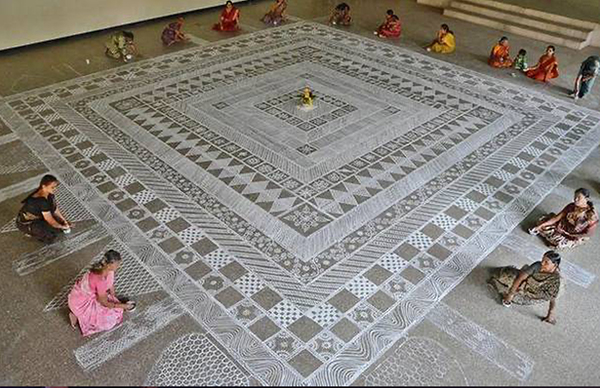 The mandala/Kolam form is a constant emblem that I recreate throughout my artistic practice. Growing up in a South Asian household I would see mandala patterns repeatedly in my life – either in the home or during ceremonial family gatherings – in the form of a Kolam. This ancient form of drawing in the Hindu religion is created using rice, sand, or flour – something ephemeral because it is meant to be washed away after the occasion that it was created for has ended.

The mandala itself, in both Hindu and Buddhist mythology, is a symbol of eternal time. It is supposed to visually capture the idea that in many ways time and history repeat again and again. My fascination with creating Kolam/mandala forms is in the idea of passed tradition. In Hindu culture the women in the family are supposed to create Kolams for special occasions, and then later in life their daughters will do the same. Seeing my own mother and other maternal figures in my family create Kolams, I was interested in creating them myself, thus passing down the tradition but in a contemporary way. 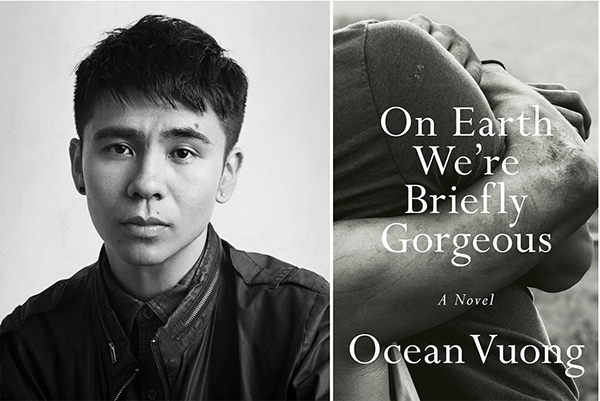 This is a novel that narrates a letter from a Vietnamese American son to his mother. He reflects on her and his grandmother’s lives, detailing how their lived experience and PTSD from war impacted his own upbringing and present. Reading this novel inspired me to start thinking inward about how I can share my own diaspora experience, as well as assess the impacts of war, heritage, and time on diaspora generations. Vuong’s novel reminded me of many facets of my own upbringing: growing up with Tamil parents who lived through the Sri Lankan Civil War and how that experience impacted my second gen upbringing. Through future explorations in my practice I want to continue this discussion amongst other first and second generation diaspora living in the Western world.