Whose Chinatown? A Virtual Conference

Organized by Centre A for Contemporary Asian Art, Griffin Art Projects, The New Gallery (TNG), and the Asian Canadian Writer’s Workshop (ACWW), Whose Chinatown? gathered various artists and groups that centre community advocacy and care for Chinatowns across Canada. The title of the conference, lifted from curator Karen Tam’s current exhibition at Griffin Art Projects, starts us off at an apt place. By asking “Whose Chinatown?” a complex consideration of authenticity, ownership and “birthright” for diasporic individuals opens up. At the same, there are also the dire matters of property in this time of a hyper-inflated real estate market, gentrification, and the continued dispossession of marginalized populations – pronouncedly the Chinese seniors who have made Chinatown their home. Asking “Whose place?” raises further questions of generational difference, inheritance, and what can be carried forward by whom. Lastly, we can additionally cast the question “Whose?” within a historical context in which Chinese communities have continuously fought dispossession, displacement, and neglect by the white Canadian government and white Canadians. In light of that, who owns the narratives around the cultural significance (and capital) of Chinatown?

For the purpose of writing on the conference I should clarify my entry point into Chinatowns. As a first-generation Korean immigrant who comes to this land with a drastically different set of circumstances than those who created, were born into, and lived in and alongside North American Chinatowns, my position may lie proximate to the Chinatown community, but never within it. Some specificities lie beyond me. At the same time, Chinatowns have always held a space of affinity for various diasporic communities. It is this proximity to which I hold my gratitude and relation.

The conference organizers relate to Chinatowns in different ways: Griffin Art Projects via their current exhibition Whose Chinatown? Examining Chinatown Gazes in Art, Archives, and Collections (and this is a good moment to ask ourselves what can institutions give in return, when artists and cultural workers bring their relations and communities into the white cube; perhaps platforming this conference is one of the ways); Centre A via its location in Vancouver’s Chinatown and also peripherally through its mandate to support contemporary Asian art; The New Gallery via its pronounced efforts to support the community of Calgary’s Chinatown; and the ACWW through its mandate to support Pacific Rim Asian literary culture. The ways in which arts organizations, especially those that take up physical real estate in Chinatowns, relate and contribute to their communities should always be scrutinized and renewed. These concerns were on my mind when I first attended the conference. 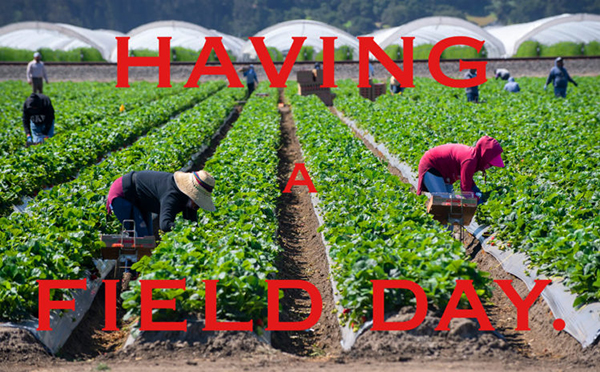 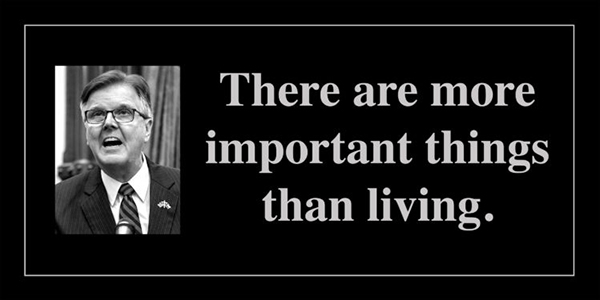 In Centre A’s contribution, an artist talk with Will Kwan on his current exhibition Exclusion Acts, he expounded on the economic ideology that conditions precarious, racialized migrant labour, and the movement of labour and capital that resonates quite deeply with Chinatowns. Tam’s Griffin exhibition reconstitutes the narratives around Chinatowns as they are constructed and curated into public archives, converging them with contemporary artists’ practices. Such efforts to make living narratives, rather than archived ones, were furthered by the other participating artists, groups, and organizations that care for their Chinatowns in different ways.

The Vancouver’s Chinatown: Then and Now panel presented by the ACWW brought together community members who embody generational memory. A notable aspect of inherited memories and family history are the gaps. While gaps are a lack in official historical narratives, for the memory holder, these absences are often imbued with signification. Each of the panelists’ stories was situated within the grander narrative of East Asian migration (railroad building, head taxes, riots, the Exclusion Act, the Great Depression, World War II) throughout which thriving Chinatowns were built, but when we listen to these personal histories, each testimony stands out in its singularity. Having them enter into a collective memory of our Chinatowns is important; how to carry these stories as our inheritances, even more so.

The Visions of Chinatown panel introduced powerful initiatives by community members, activists, artists and cultural workers in Vancouver, Toronto, Edmonton, and Calgary’s Chinatowns. Friends of Chinatown Toronto (FOCT) is a grassroots organization fighting for community-controlled affordable housing and community sustainability. Organizing the power of collectivity, they do incredible work to enact tangible policy change with long-term visioning. They commissioned a report titled Community Power for Anti-Displacement: An Inclusive Future for Downtown Chinatown that documents patterns of neighbourhood change, gentrification, and displacement. It also advocates for a greater community control over planning and development while cognizant of the distinct socio-cultural space that Chinatown provides for its residents and community. This report paves way for their ambitious long-term goal for a community Land Trust that aims to take housing off the speculative real estate market. FOCT’s work around coalition-building is remarkable and incredibly urgent.

FOCT also note the importance of connecting the current movement to the Save Chinatown campaign of the 1960s and 70s. This resonates with aiya哎呀 and Youth Collaborative for Chinatown YVR. The former, hailing from Edmonton, has core members that are committed to intergenerational dialogue. Their Chinatown was subject to a long-term civic negligence that has increased the precarity of the businesses and the community, while big White institutions like the Art Gallery of Alberta and the Royal Alberta Museum slowly inch into a neighbourhood that is situated conveniently close to Downtown. aiya哎呀 shared their work in helping the community mourn, be angry, and support each other when the Harbin Gate was taken down to make way for LRT stations. The Vancouver group literally takes back streets and blocks in order to redefine public space. Their non-permanent and fluid space-making gifts these spaces to the community of Chinatown to host mahjong, ping pong, karaoke, and dance – things that are enjoyable, noisy, and allow different generations to share something together. 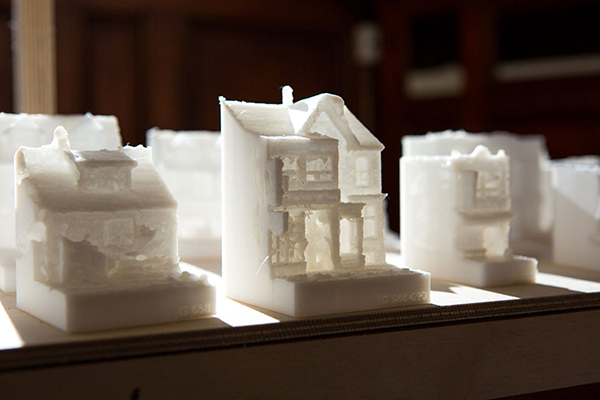 Linda Zhang, Build Your Own Chinatown

Linda Zhang, whose work is included in Tam’s curatorial project, makes a board game from scanned streets of Toronto’s Chinatown. The buildings are then 3D printed as game pieces so players create their own version of a Chinatown and, in the process, decide which buildings are important to keep and which can be let go. Using her architectural training, Zhang works to document Toronto Chinatown through 3-d scanning technology. The archival impulse may be connected to witnessing this tidal wave of gentrification; but also Zhang’s work does not stop at archiving but proposes to continue imagining and building future Chinatown. Speculative futures pose an interesting toolkit. What happens when the next generation inherits Chinatown – perhaps not the physical locale, but the community, its history, and spirit? In introducing the project Reimagining Chinatown: Speculative Fictions from Toronto’s Chinatowns in 2050, Zhang invites us to think about movement rather than a singular space that must be preserved at all costs. She acknowledges that neighbourhoods grow, move, and change despite our desire for them to stay. Considering Chinatowns in a multiplied context, outside of a centralized and monolithic cultural space, is increasingly relevant for the younger generations in the diaspora.

Lastly, The New Gallery shared their ongoing Chinatown Residency project created in partnership with the City of Calgary Public Art. TNG’s hard-earned relations in their neighbourhood provide capacity for artists, especially those from different cities, to meaningfully connect with the community. Although the physical residency can’t happen right now, artists Teresa Tam, Annie Wong, and Cheryl Wing-Zi Wong connected in various ways thanks to some pre-residency community work that took place before the pandemic. They responded to urgent conversations such as in Wong’s project around Black-Indigenous-Asian solidarity and anti-racism work situated in physical locations around Chinatown. Tam shared her proposal to create an “asynchronous” map of Chinatown that takes people on specific routes to collect stamps or play vending machines as an approach to thinking about asynchronous realities of authenticity and the sense of loss, connection, and affection that exists for diasporic individuals and places like Chinatown. In this context, the question is no longer whose, but why Chinatown.

Whose Chinatown? took place online on April 10 and 11.

Areum Kim is a Korean-born writer and curator based in Mohkinstsis/Calgary on Treaty 7. Kim’s recent endeavours involve researching non-hierarchical curatorial practices outside of the institutional context that allow us to define new relations predicated on what we owe to each other rather than authority and power. She is currently the Director at Stride Gallery.