We the Centre at Patel Division Projects, Toronto

The Saturday before Christmas I took a walk along the West Toronto Railpath with my daughter and a friend of hers who is graduating from the visual art program at the Etobicoke School of the Arts and wanted to talk about post-secondary art schools. In addition to the usual concerns about applying to university – distance, money, size – she had doubts about the hoops a fine arts degree would expect her to jump through and wondered whether she might be better off just making art on her own. I never went to art school, but I spent a lot of time at university and still feel giddy when I wander across a campus. There is something utopian about academia and its dedication to enlightenment. I’m fully aware I’m idealizing things here, but the combination of youth, stimulation, stimulants, the whiff of freedom, and a delayed entry into adulthood can create a fertile site for inspiration. It can also be disastrous. Or leave one with only a decade or so or crushing debt. But when it works, there’s nothing like it. My advice in the end had nothing to do with faculty or facilities. All I said was the possibility of a community of like-minded artists is greater at university. The problem is you can’t make your decision based on this because your peers aren’t even there yet. It’s a roll of the dice.

If only I’d had the forethought to veer off north of Bloor and drop in on Patel Division Projects where a group exhibition called We the Centre made my case for me. All of the artists attended the University of Manitoba’s School of Art, though not at the same time. The collaborating duo of Michael Dumontier and Neil Farber were part of a larger collective called the Royal Art Lodge that came together when they were undergrads and exemplified the power of interpersonal chemistry to generate something greater than the sum of its parts. They also lucked out by having an ambitious curator like Wayne Baerwaldt around to spin their insular practice into something that the world could appreciate. Other artists in the exhibition like Sarah Anne Johnson, Simon Hughes, and Karel Funk headed south to American grad schools where their reputations were established, but they moved back to Winnipeg to continue their work. Of the two remaining artists – Wanda Koop and Micah Lexier – the latter is the only one who isn’t still in Manitoba. But, as was evident in his curation of a hundred other artists into his solo exhibition at The Power Plant in 2013, he’s done plenty to foster community elsewhere. There must be something in the river water that runs through the city because Winnipeg continues to provide a home for new artists. Or there’s the theory that the harsh winters keep everyone indoors making stuff. 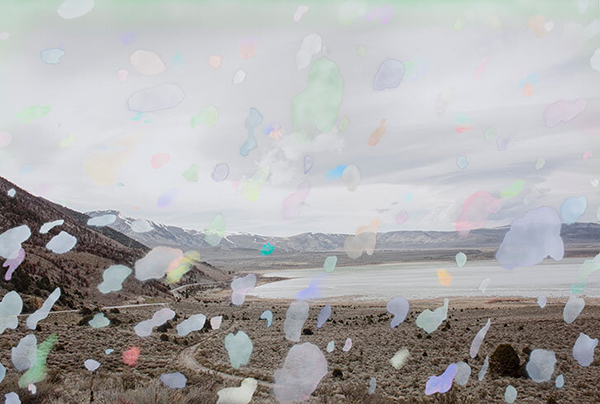 A couple days before New Year’s Eve, a friend shared filmmaker Brett Story’s recent piece from Talkhouse titled My First Film Teacher was a City and I started thinking some more about what a young artist should look for when planning their future. Story’s account of living in Montreal in the late 1990s hinges on the crucial connection between artistic freedom and cheap rent. It has a lot in common with what happened in Winnipeg around the same time. This is kind of a no-brainer, but it requires some intuition as to when the crucial moment has passed. It’s like knowing when to leave a party. My advice is to find a city (I’d argue it always has to be a city) that is economically depressed. Or at least the neighbourhoods that fit the bill. Artists have been doing this forever, so it’s no big secret and neither is the subsequent gentrification that follows to squeeze out the artists who catalyzed the changes in the first place (more on that in a moment). Story has gone on to great acclaim with her documentaries, but the conditions she describes as formative in her self-education as a filmmaker are unmistakable. So are their inverse.

The Toronto Arts Foundation released their annual Arts Stats report at the beginning of last month and it’s not that big of a surprise to hear that the majority of artists and arts workers in the city can’t afford to live here. Without living and studio space, there can be no art. This isn’t a secret either. The Toronto that I used to know, where I could work part time and still manage to survive, is no longer here. I’m not sure how young artists coming out of art school will be able to find the time and space to do what they want to do. As a final note of the closing decade, the report did not bode well for the future of this city. Suffice to say, artists will always find a way, but I’d rather be in a place that’s flourishing, rather than just getting by. My daughter’s friend is lucky that she has four years to see what happens (unless she decides to stay in the city), but I’m skeptical that things are going to change. I didn’t tell her that.

We the Centre continues until January 25.
Patel Division Projects: http://www.galeriedivision.com/en/exhib/to/2019/we-the-centre-group-exhibition#press
The gallery is accessible.