If there’s anything positive to be said about the state of exhibitions in the time of quarantine, one pleasant outcome has been the shift in the site of reception from the public to the private. Rather than the clinically antiseptic space of the gallery or the hustle and bustle of site-specific locations, we can now enjoy art from the comfort of our couches. We don’t have to fight our way through traffic to make it just in time to rush through the show before the gallery closes for the day. We can curl up in bed and scroll through images late into the night, lingering over each detail and slowly getting to know each artist through their work. Admittedly, the downside of this is the tiny screens of cell phones and laptops that reduce everything to a uniform size and flatten the art to two dimensions. Some art works better than others when viewed online. Architectural installations are not so great, but, if we’re stuck in lockdown, collections of photography are a pretty good option. And, I’d argue, the particular intimacy of queer photographic artists, as revealed in the group exhibition We Buy Gold, soon to be IRL at Gallery TPW, but currently available through the internet, is best suited to the personal and private possibilities of this peculiar situation we find ourselves in. 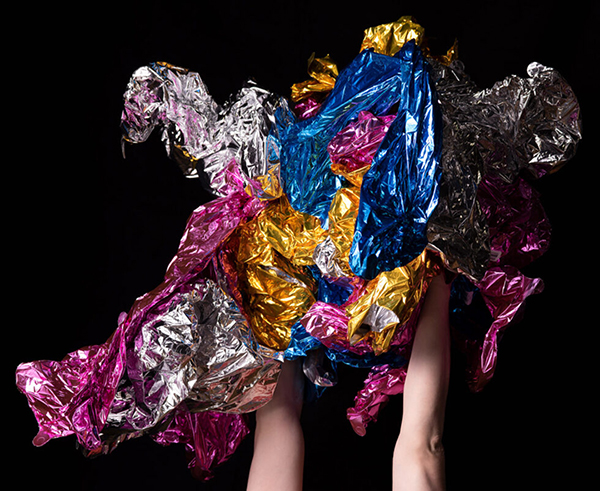 Curated by artist, writer, educator, and photo laureate Michèle Pearson Clarke, this expansive exhibition brings together a younger (than me) generation of artists working with photography from across Canada who, in Clarke’s words, “are less concerned with representing queerness and more with performing, challenging, and interrogating it.” Positioned as they are after previous generations of queer artists and, even before that, images of queerness found in historical, documentary and personal photography, they have a rich heritage to respond to while also working to define themselves in their own voices, establish a sense of visibility for their particular identities (be it within the diversity of the queer community or in spaces that still exclude LGBTQ+ folx), and wrestle with the complexities of their work functioning at the same time outside of a queer reading. Even seemingly straightforward pictures like Wynne Neilly and Kyle Lasky’s collaborative self-portraits of the artists in intimate moments require a rethinking of expectations when what might have been interpreted on first glance as a depiction of male desire instead turns out to be a reflection of their queer trans* friendship. Séamus Gallagher alters the landscape by taking drag out of the bars (or off the television) and into the realm of the virtual before reinserting it into the here and now with his digitally designed costumes and environments. Christopher Lacroix mixes it up in a different way by rejecting the prevailing mode of portraiture and creating found abstractions with the shimmering remnants of burst balloons (which were used in a performance video) to capture a sense of beauty and sadness that he associates with the queer experience. 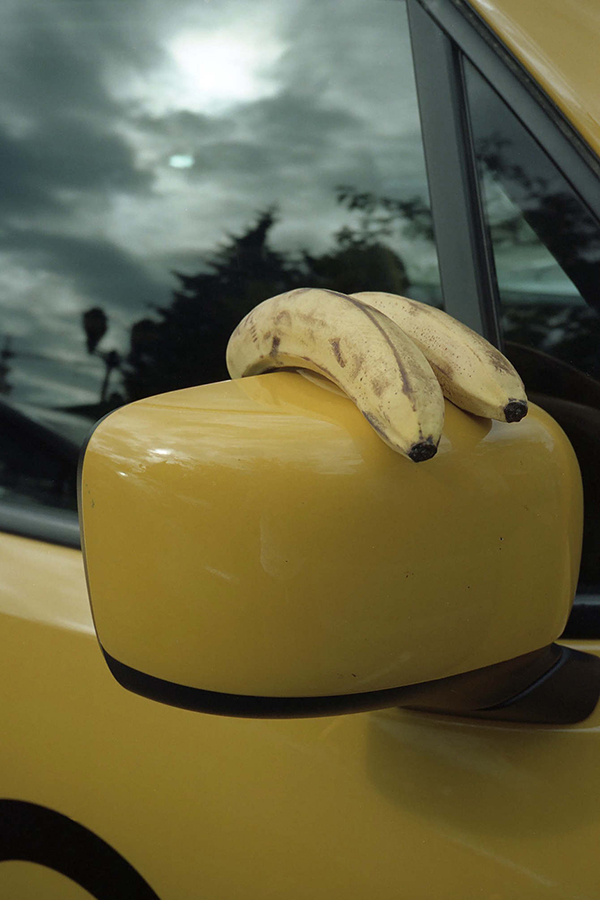 Tom Hsu’s photographs are found still lifes (even when he has people in the pictures) that allude to a queer way of seeing the world. His image of two bananas draped over a banana-yellow rearview mirror plays with phallic associations as well as the intersection of race and sexuality. Like much of his work, there is a coy sense of humour here that invites the viewer in while also undercutting easy assumptions. The predominant reaction is disorientation. Michelle Panting’s self-portraits mine a similar experience of confusion, but this time it’s internal and conflicted. Whereas Hsu looks outward to find strangeness in the world, Panting locates it within her own body. Despite their different angles of approach, both artists’ work share the feeling of being personal (he through snapshots, she through her bedroom setting) while also speaking to larger aesthetic, political, or psychological issues – but you get to the latter through the former. 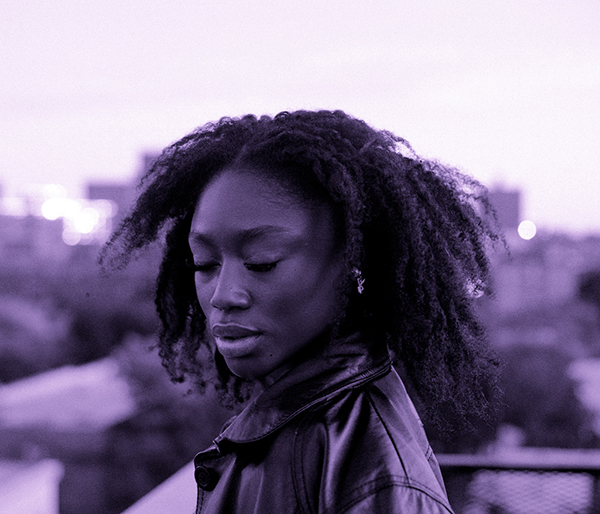 Being personal doesn’t just mean being on your own. It includes family and friends, and that is what Brianna Roye shows in her pictures of LGTBQ+ people of Caribbean descent. You can see her connection with her subjects in their expressions and how they glance at the camera. Visibility remains a crucial aspect of queer representation, but it has to be built on trust and mutuality. This is where photography works its magic and brings us close, why pictures of people keep them real to us, and why we treasure them for all that they evoke. Isabel Okoro is the youngest artist in this exhibition, but her pictures are the most classically beautiful. She tints them in monochrome, draws them out of the everyday world, and gives them the status of art. Counterintuitively, her close-ups, in this case, hold us off. They resist easy intimacy and instead demand more attention. Unlike Roye’s invitation to share, Okoro implies that there’s something we won’t get out of her subjects. If that leaves us wanting more, it wouldn’t be the first time (and probably not the last) that I’m up alone at night contemplating desire. Better here at home, than in some impersonal white cube.