Towards a Decentering of Colour Perception by Laurence Pilon

If you would have asked me a year ago to describe what I love about my medium, my answer would have probably involved knotting together an idea of painting as a complex mode of knowing and not knowing. I am sure I would have enjoyed getting into how, even beyond intentionality, the magic of painting unfolds and combines various temporalities and spaces of representation. The ironic part is that my philosophical appreciation would most likely not even include the precious role of colours in painting’s task to problematize the visible. 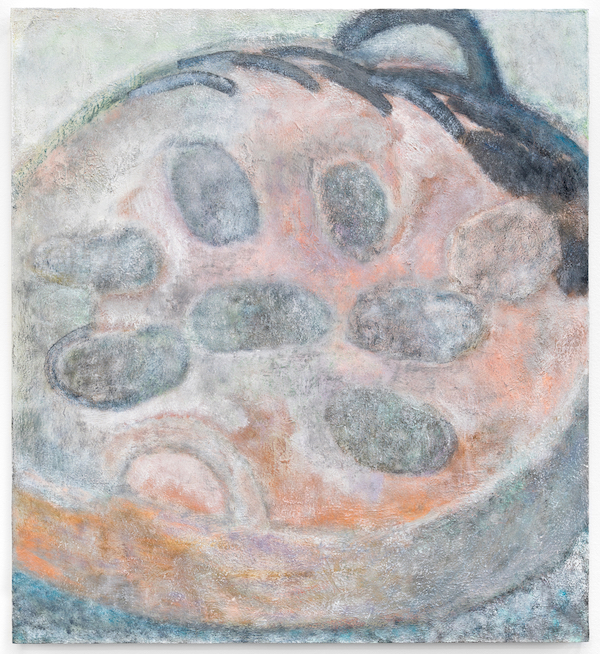 What I don’t usually disclose to people is that, while pigments are intuitive to most painters, for me their use remains somehow tricky. I used to think that I wasn’t fit to talk about colour, that I was a kind of painter-impostor in that realm. As if it wasn’t enough to deal with forms, layers, and a materiality that is so physically inconsistent and fussy, it always appeared to me that painters — real painters — are the ones who can respond with ease to any unanticipated visual phenomenon that may occur during their painting process. And, of course, I thought such an ability can only grow from a strong understanding of colour. After all, from a materially and sensory-driven perspective, what painting comes down to is colour.

Since I discovered less than a year ago that I am on the autistic spectrum, I have had to rethink the way I used to frame my relationship with colour completely. It has started to feel strange to me the extent to which very little interest seems to ever be invested in challenging the neuro-normative way of understanding colour perception. In art school, most educators continue to teach and evaluate in their students’ artworks the principles of colour theory without knowing that their approach may be rooted in ableism. No wonder why throughout art school — which also means before my diagnosis — having to justify or defend my colour choices were very alienating to me. 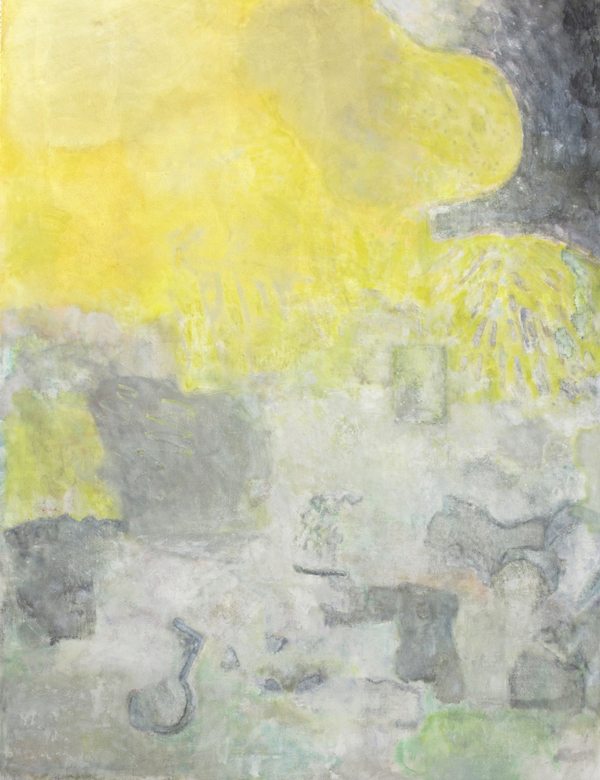 Once, I tried to explain to my professors my overriding use of cadmium light yellow for a large painting titled Harvest. I specifically used that yellow because I wanted to convey a sense of toxicity and anxiety. I felt sick and exhausted the whole time I worked on this vast yellow field, but it felt urgent and important to finish it nonetheless. When I finally presented my work for critique, nobody seemed to share my discomfort when standing in front of this painting. Only joy, I was told. My intentions and ability to critically approach colour were questioned once again. I felt misunderstood and incompetent. In the months following this event, I sunk into a year and a half long autistic burnout that would eventually lead to my diagnosis.

For years, I asked for feedback from peers and teachers who, with all their best intentions, gave me the harmful advice to be bolder with colour. This is not surprising because the figure of the fearless painter who must not be shy to use vivid colours still dominates our collective narratives of painterly success. The neurotypical perspective, which is the only one discussed regarding colour perception, is so internalized that, for all this time, even I didn’t understand why I couldn’t be braver with colours. A few months ago, I had no clue that forcing myself to be exposed to certain stimuli was not only responsible for many of my autistic shutdowns or meltdowns, but also made me more vulnerable to experience burnouts.

This morning I walked into the studio I share with a few other artists and immediately one of them commented: “Your paintings are less colourful than they were last time I saw them. You really toned them down.” It’s true. And while I know it wasn’t meant negatively, I must admit that these words still trigger feelings of inadequacy. For now, there is relief in knowing that my visual processing differences are simply consequential of an atypical neural development and that, not only does my extreme sensitivity to certain kinds of visual stimuli have nothing to do with bravery, it is also not a problem that needs to be fixed.

My mother has a fond memory of me as a toddler, drawing an endless series of dots with a white colouring pencil on a white page. She remembers this moment as an example of those weird things I would do. To me, it still makes perfect sense. The subtle variations of one reflective white tone over another produce just enough stimuli for my hypo/hypersensitive self. 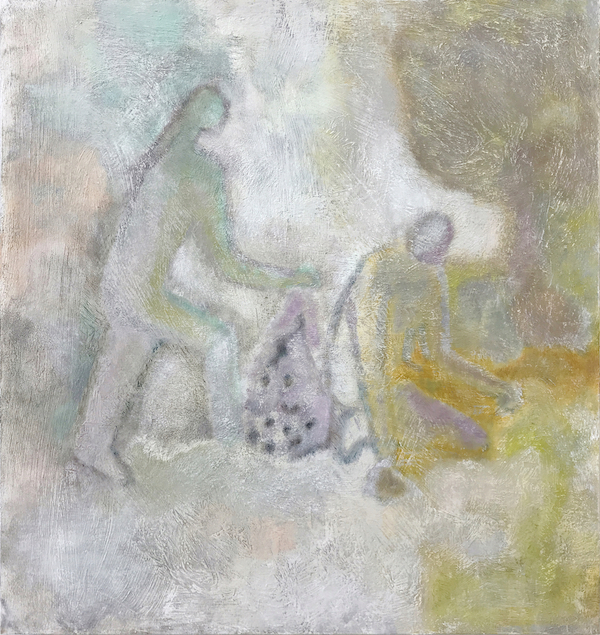 Over the past couple of months, I started to unapologetically address my differently-abled perspective during discussions about painting. When I have an opportunity to talk about my work, I now assert my predominant use of greys, whites, and subdued colours in this respect. I also explain how my ability to process colours is affected by other visual information. When there is too much to look at, for example, my sensory input system becomes more susceptible to shut down. In other words, my brain deals better with colours if it is not already saturated with other information. Because colour is what I work with every day, I’m learning to find compromises to protect myself in order to get through the day without one or multiple sensory overloads in the studio.

My brain, too, found its own way to compensate for certain deficits during its development. My ability to achieve rich textures with paint, for example, is very likely an effect of this mechanism. I used to say that, for me, textures function as colours. I knew it wasn’t just a rhetorical strategy to avoid the real talk about colour, but I didn’t know how to explain it properly. I never thought that there might be a neurological explanation for this because conversations around art and neurosciences were either superficial or unavailable to me when I was in art school. 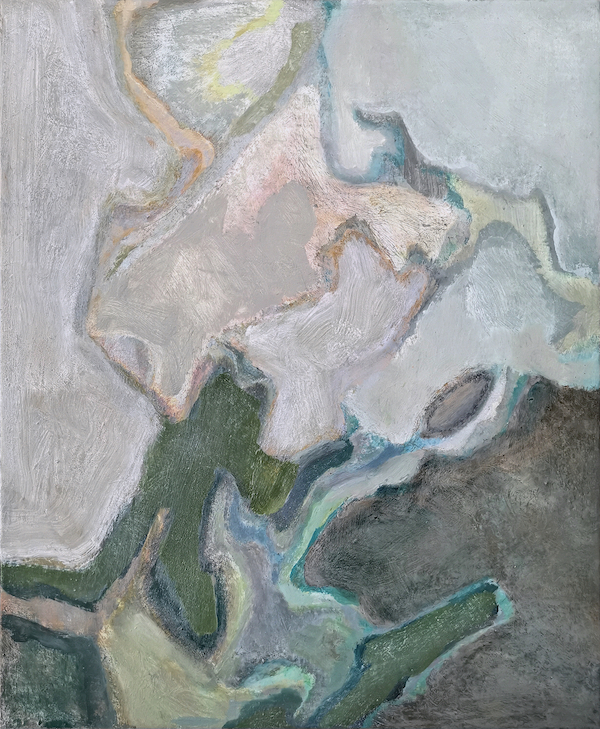 When I paint, I unconsciously look for textures because this is how my brain learned to visually apprehend the world around me safely. Since reading Temple Grandin’s book The Autistic Brain, I understand better how, for me, textures can be highly stimulating (hyposensitivity), while colours are often overwhelming (hypersensitivity). As a result, I often catch myself involuntarily muting the colours of things because my visual processing system responds excessively to their textural aspect. It is called selective attention and autistic people are known for experiencing it in more acute forms. That is because their brains operate differently with a unique set of underconnectivities between its cortical regions and simultaneous local overconnectivities. Hence, if I don’t consciously focus on colours, they appear to me as dissolved into textures.

Learning to unlearn neurotypical biases takes time, but it is a crip time I am willing to take. Lately, I have been thinking about the inevitable proximity between care and discomfort, and how this lively oscillation continues to affect my approach to and appreciation of colour. For a long time, I thought I wasn’t qualified to call myself a painter because I couldn’t perceive colours like everyone else, but now that I am aware of my divergent sensory processing patterns, allowing myself to be otherwise — perhaps another species of painter ultimately — feels increasingly important to me. If painting is about making visible what isn’t, my use of colour reflects an atypical way of seeing that speaks of a different sensibility, one I embrace as a posthuman visibility.

Laurence Pilon (they/she) is a settler, autistic artist who, based in Tiohtià:ke-Mooniyang-Montreal, currently lives and works in Guelph on the ancestral lands of the Mississaugas of the Credit. Their work centers on the use of painting as a mode of posthuman performativity. They hold a MFA from the University of Guelph (2021) and a BFA from Concordia University (2015). Their most recent solo exhibitions include More-than-ghosts (Virtual thesis exhibition, 2021), Holo(geo)biont (Galerie Nicolas Robert, 2020), It Once Was a Garden (Galerie McClure, 2018). Pilon is represented by Galerie Nicolas Robert.