The Life in the Silence by Peter Owusu-Ansah

I had been living through my eyes without recognizing my identity.

I was deaf since I was a little boy, but I didn’t really think about the label deafness. I was seeing life with my eyes the whole time. I woke up about my deafness in my twenties when I realized that the world was designed for people who hear and have able bodies. I couldn’t fit in. I wanted to become a gym teacher. There aren’t many Deaf schools around and most Deaf people go to mainstream schools. Young gym teachers there are staying forever.

The moment I recognized that I live in a world that is designed for people who hear and have able bodies, I felt I understood the world differently than they do. I understood the life in the silence, but for them we always have to use words. Then I noticed that we have the visual art world too. I didn’t recognize that world until I was twenty-five, even though I kept seeing art in books and on walls. I didn’t know there were galleries and museums before that age. When I came to experience galleries and museums, that world was silent. I could see people watching a picture that didn’t have words.

I believe seeing is an independent language from spoken language for anyone who can see. What we see produces a reaction. Reaction is at the centre of all kinds of communication. We live in a hearing world, so everything has to be interpreted into words. I don’t believe I should have to, but I am working harder to interpret my works into words. I honestly believe people should practice the experience of seeing, to really know what they take from that. 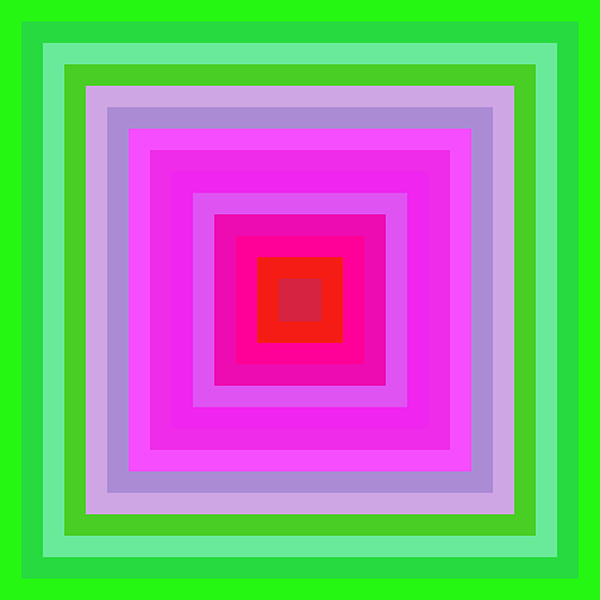 I went online and researched visual art. I read comments where people argued about how great, for instance, Jackson Pollock or Mark Rothko is. Some argued how bad they are. This is all through their lens. I’ve been thinking about where I fit in this world. I thought I could speak with my eyes because it is clear people can see for themselves and judge for themselves. I call everything humans are creating “attraction,” because without it we would be bored out of our minds.

I have not seen people arguing about Deaf artists like they did for Pollock and Rothko. I have not seen them in the museum. Every art that we know is almost all about people who hear and have able bodies. It is like saying a Deaf person can never be great. I am challenging that with my colours. It is not my art that is bad; it is them that don’t want to find out why it is great. That is a battle I am having right now. 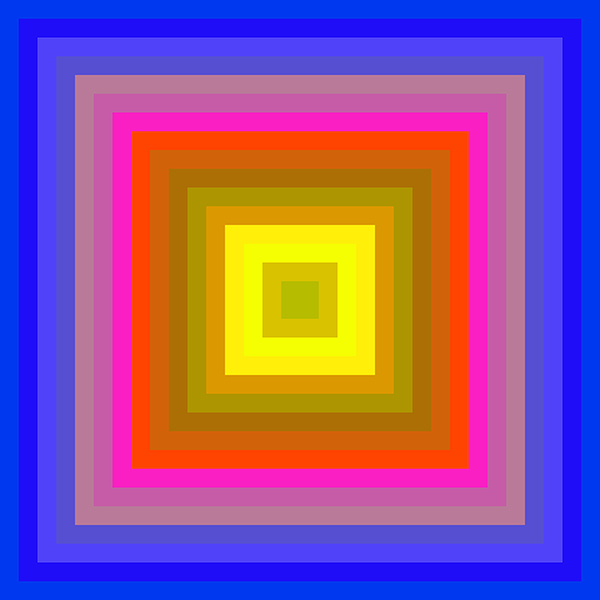 Sometimes I make paintings, but currently I mostly work using Photoshop. When I started creating my concentric squares, I thought about Frank Stella, Josef Albers, and Richard Anuszkiewicz. I thought their works were really cool, and I wanted to see what my colours would look like if I created something similar to theirs. After producing hundreds of works, I saw where they had been. It was their territory, so I didn’t touch that. Where they have been is far, but through digital tools, I’ve been able to go much deeper and bring out new and joyful feelings that are different from theirs.

When I was doing research through the internet around 2005 and 2006, I happen to see Gerhard Richter. I loved his colour grid series at first glance. I admired it for years before I tried my own with the pixels I discovered when I zoomed into one of my Pop Art works. I tried to make my works feel as great as his. I was chasing him and Ellsworth Kelly until, after two years, I began to see my works as impactful as theirs. 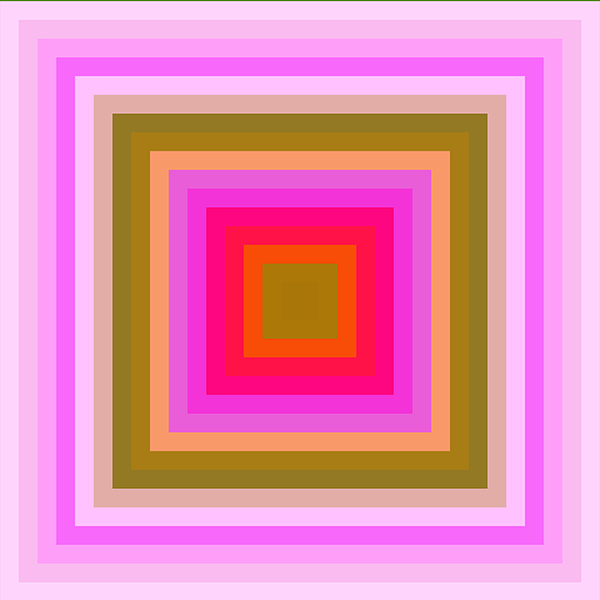 Abstraction is my favourite kind of art. I look at Willem De Kooning, Rothko, Pollock, Jack Bush, Guido Molinari, William Perehudoff, and many more. I have so many visual memories of their strange shapes, straight lines, and pure and mixed colours, that they have become a part of my body. Whatever I see, my memory keeps. In my life mission I am travelling through this world from the time I was born until the time of my death. I am Deaf, so I want to fill my eyes with visual richness like the way some people are passionate for music or food.

I don’t think of my audience as disabled or Deaf or abled bodied. I think of my audience as anyone who is curious about what to see while they are living their life. I believe that in life you’ve got to taste it by yourself. But exhibition spaces are only made available for people who hear and have able bodies. This has been going on throughout history. My people just keep passing through generations like they don’t exist. I emailed some galleries and museums to see how my works fit in. I don’t want to publicly shame them, and I don’t think it’s necessary to have Deaf and disabled curators to bring Deaf artists in. We should all learn about each other. (But it would definitely be cool to have Deaf and disabled curators in there.)

If art has nothing to do with my deafness, that is fine by me. If people want to see great art, that is exactly what I have done. I knock on the doors, but they don’t even want to hear me out. How could they tell I am not that great? I know my works and I have proof. That is why I am coming forward with a voice like this. 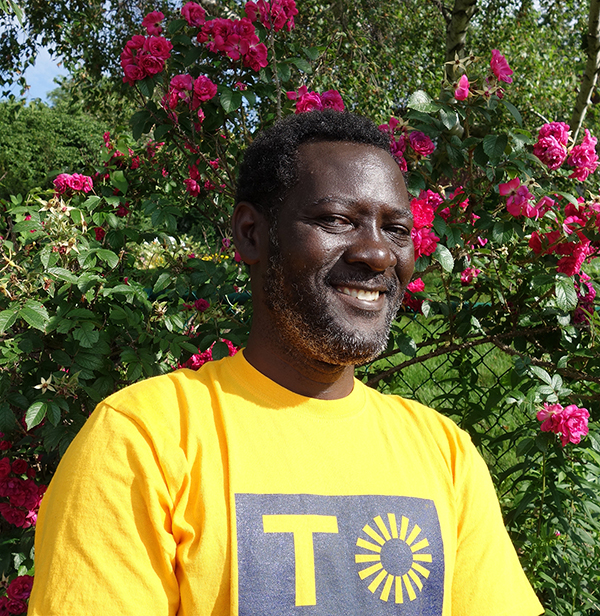 Peter Owusu-Ansah is a Deaf visual artist. He believes we can communicate through our eyesight without words. In 2009, when he zoomed into one of his works of Pop Art, he became deeply curious about all the colours imaginable. Inspired by the pixelated colours and their connection to the nature of life, Peter uses Photoshop to create compositions that vibrate with energy. His works have been shown around Canada. Some of his works are privately collected in Toronto and New York. In 2021, his work was acquired by the TD Bank for its corporate collection. He also won the Murray and Marvelle Koffler Founder’s Award at the Toronto Outdoor Art Fair.