Somewhere, Otherwise is the second and latest online exhibition of the series Quadrature presented by the Galerie de l’UQAM in Montreal. Curator Ariane de Blois brings together four Tiohtià:ke/Montreal-based multidisciplinary artists – Anna Binta Diallo, faye mullen, Mona Sharma, and Leila Zelli – and speaks of the desire to reconfigure “narrative and visual regimes” through creative outputs made by these distinctive voices. The artists dissect the language of the archive, digging through web material or personal and familial sources, conferring alternative meanings and readings on them by reshaping them and imposing their own agency. The exhibition’s three videos plus one digital drawing series vary in content and form, yet a sense of kinship permeates. Maybe it’s defined by the intimate knowledge of having to negotiate multiple heritages and the ever-evolving quest to craft pathways both within and beyond our legacies. This task can be at times binding and oppressive, but also serves to form a deep sense of attachment and belonging. 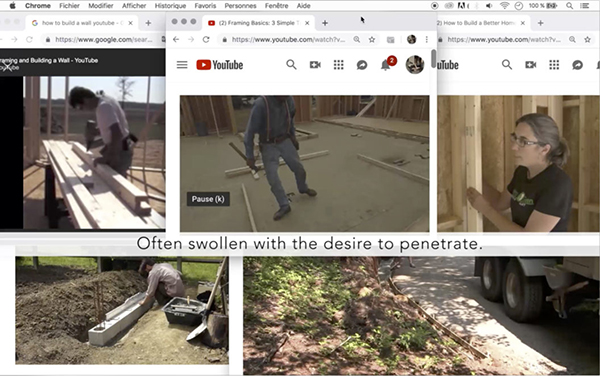 faye mullen delves the deepest into the language of the web archive and “computer aesthetics” with her video AASAMISAG. A recording of her desktop screen opens with “Silence precedes creation” and then states:

Next comes a flow of information. It starts off with a technical description of a wall and ventures over twenty minutes into symbolic, structural, and conceptual definitions of walls and obstacles, the notion of borders, the socio-political impacts and functioning of various barriers and frontiers erected, and especially the colonial obsession and imposition of verticality as a value in opposition to the porous way Indigenous people inhabit the land. Softly whispered narration in French and English is layered with a somewhat menacing soundscape grounded by a slow drum beat and chanting. At first, my instinct is to close my eyes and focus on the words, but losing details I open them and fall into a meditative state where I receive the flow in fragments that beg to be revisited again and again. Layers are gradually peeled off and silence comes back, reminding us of the difficulty to strike a balance between moments when being heard becomes vital and those when withholding our voices is a means to preserve our energies. 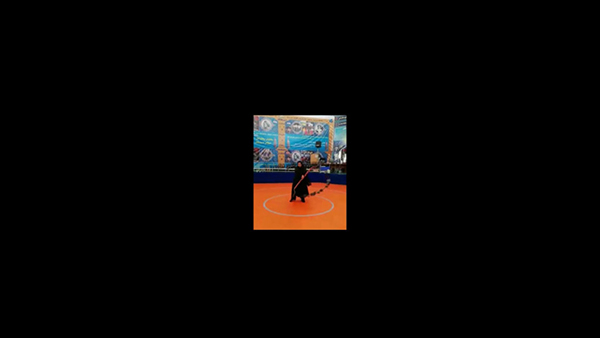 Responding to Iran’s ban on women publicly performing the traditional sport Varzesh-e Bâstâni, Leila Zelli’s project Why Should I Stop?, conceived specifically for this exhibition, weaves a poem by notable Iranian poet Forough Farrokhzad into videos and ongoing documentation on social media. Snippets of her father teaching her the rudiments of the sport can be found on Zelli’s Instagram account. In this simple gesture, the adult that the artist has become repositions herself in the role of the child who can only access certain specific knowledge through parental-close kin teachings. In the main video, women and young girls in practice appear one by one in a grid. Their swirls and bends, and the repetition of their movements, coupled with the loud volume of the tombak being played, make for an intensity packed piece. The images slowly fade to black and leave place for this sentence: “To all the women in this world.” One can’t help but be moved by the way the women’s will, situated outside of conventions according to some, is motivated by a shared desire to push physical limits and master skills – as well as what this entails in terms of self-discipline and determination. 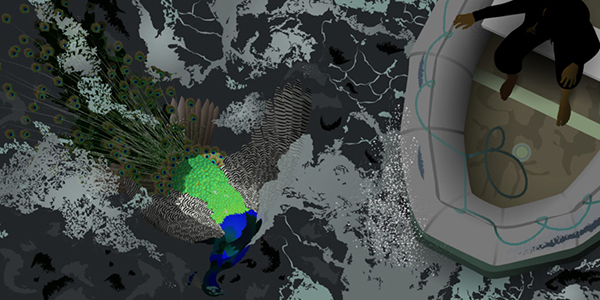 Mona Sharma’s ongoing self-fictional graphic series Manifesto takes us through a fantastical journey that speaks of loneliness, migration, and unease with feelings of otherness, but also deep desires for friendship and ascension. Although loaded with symbolism, the drawings are presented in a fragmented manner, so they can feel cryptic. Small notes or poems placed in paperwork-like frames, identity cards, or border cards help to re-enter the loose narrative. To read the words in the right order, we must figure how they are aligned in the cards – play a little game of sorts, just as how in life we must play games set out for us but whose rules we haven’t been taught. They must be learned as one fumbles through immigration papers, new environments, institutions, cultural shifts, social codes, interactions, and friendships that come to define us. 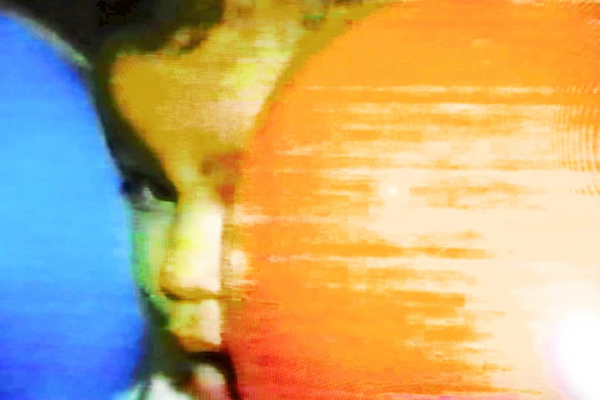 One of Sharma’s sentences resonates in Anna Binta Diallo’s video Negotiations II over 1990s video images of white teenagers eating pizza and rollerblading: “I would see groups of people laughing together, just talking […] and it looked so effortless. Can it ever be effortless to laugh when your identity existence is continuously put into question?” In her work Binta Diallo observes how to connect with different, sometimes conflicting, unknown, or disrupted legacies by editing side by side old family videos with public archives over three separate frames. Text written in a childlike hand appears on and off, giving out some of the clues and questions behind the artist’s investigations.

Moments in the life of the artist’s multi-ethnic family are further informed by their juxtaposition with scenes typical of a Canadian landscape — hockey games, loons on a lake — and those set in Senegal: the yellow reddish soil, fishermen on the beach, an antelope bouncing off, coffee poured from one cup to another. However, the most poignant image is a recent self-portrait: the artist gazes directly into the camera with a half-smile. With this, the images all become hers. It’s her poetry. All these heritages, cultures, and histories meet in her body/mind and are enacted into new synthetic form by her every day, not only through her artistic sensibility as presented here, but also in the mundane, the in-between moments we do not document.

As I longed to see more of the present in the edit, I realized that the beauty with a work such as Négotiations II is that it is never finite. It could keep growing and keep going back to different points, different memories, different emotional attachments. It’s in perpetual negotiations. Is this then, where liberation lies? In the constant flux? In the possibility to be always in construction against closed-down immutable definitions?

De Blois tells me that since much of our comprehension of the world is mediated by the images and information we have access to, there’s potential in populating the online sphere with sensitive and oftentimes underrepresented perspectives such as those presented here in order to renew or enrich our imaginaries. Yet, to me, the exhibition’s success, its impact and strength, lies in the fact that the works presented do not feel solely imagined in response to or against hegemonic discourses, but rather are anchored in acute honesty and authenticity, and present views born out of a complex fullness of being. There’s a particular strength in the voices of people accustomed to having to negotiate multiple cultural histories and spheres, a multiplicity of heritages, statuses, socio-cultural spheres, memories, and histories. Or, simply put, ways of being in the world.

Eve Tagny is a  Tiohtià:ke/Montreal-based artist. Her practice focuses on the correlations between the bereavement process and nature’s rhythms, cycles, forms, and materials that serve as the ultimate guides for renewal. Navigating between writing, photography, video, and installation, her work explores the various pathways of resiliency adopted by culturally hybrid communities in order to free themselves of colonial and patriarchal heritages, and formulate sustainable futurities.