seth cardinal dodginghorse is a multidisciplinary artist, experimental musician, and recent graduate of the Alberta University of the Arts. He grew up eating dirt and exploring the forest on his family’s ancestral land on the Tsuu’tina nation. In 2014 he and his family were forcibly removed from their homes and land for the construction of the South West Calgary Ring Road. His work explores his own experiences of displacement and family history. He is one of six artists included in the Southern Alberta Art Gallery’s Of Surroundings exhibition, which opens on May 17 and runs until June 23. 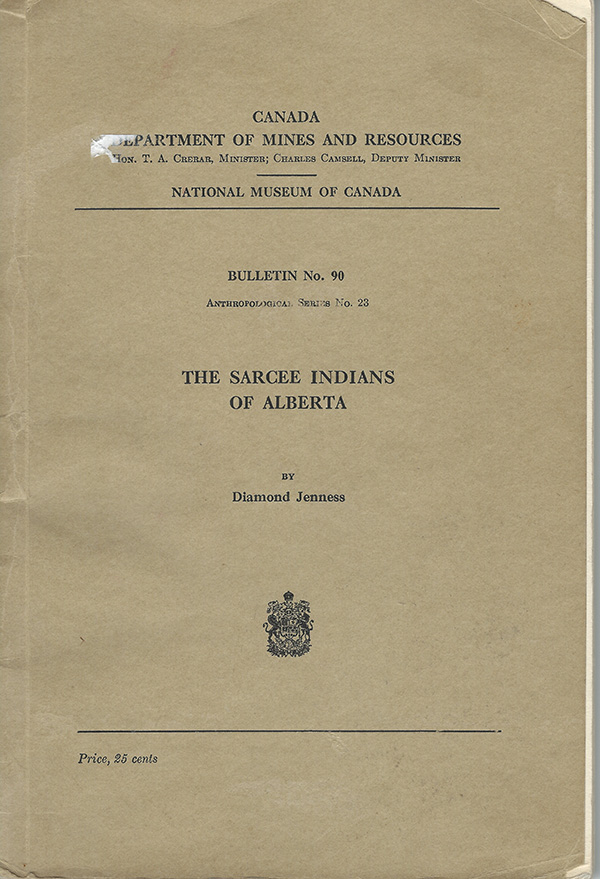 I’ve been collecting books written about the Tsuut’ina Nation – the First Nations Tribe I’m from. The book that changed my life is The Sarcee Indians of Alberta by the white male author Diamond Jeness in the 1920s and published in the thirties for the National Museum of Canada. Jeness was the head of the museum’s anthropology department at the time. His book is incredibly racist but contains a lot of valuable information and drawings of Tsuut’ina material culture that he “collected” for the museum. The objects he took in the 1920s are still in the National Museum of Canada’s collections. 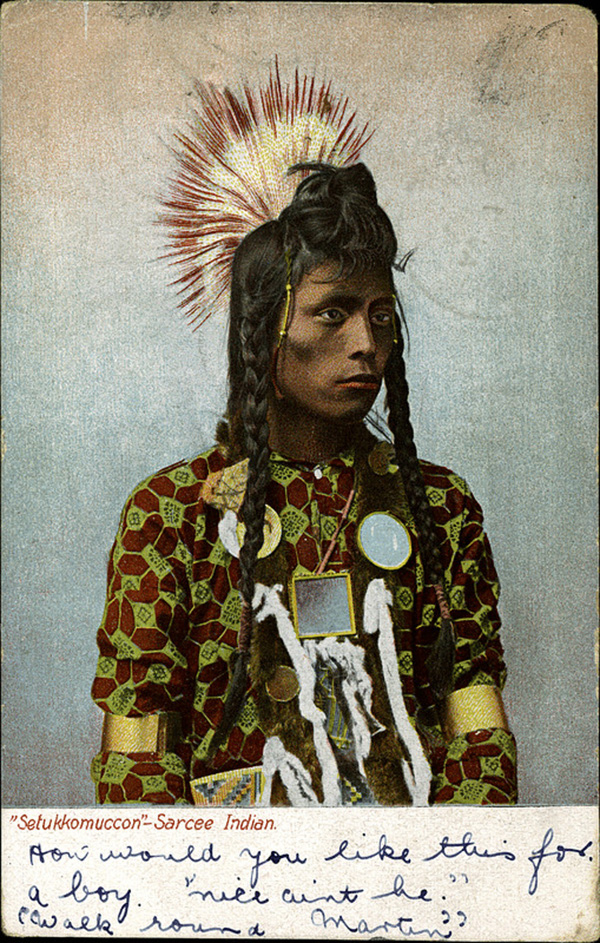 I’ve been collecting vintage postcards of people from my mother’s tribe (the Tsuut’ina) and my father’s (the Amskapi Pikuni (Blackfeet)). Collecting them is very personal because I’ve found postcards from the late 1800s and early 1900s that have photos of people from my family. This postcard uses a photo of a relative of mine named Jim Big Plume. 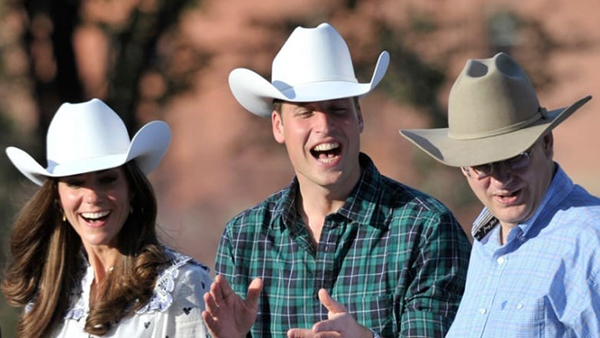 I think it’s the funniest thing ever. I’ve been studying its history and how it is gifted to visitors and celebrities who come to Calgary. This is a spectacle that’s very similar to how my own tribes have recently given away headdresses to white politicians like Justin Trudeau and Rachel Notley. 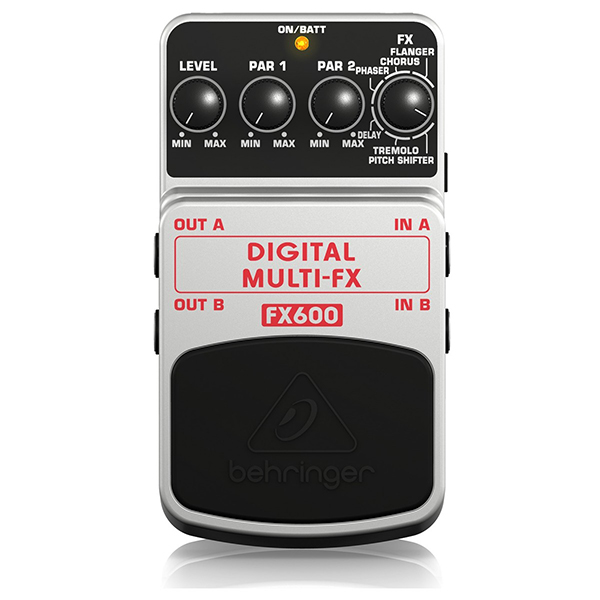 For a long time, with the bands I’ve played in, I’ve only ever owned and used four guitar pedals. But in the past two years I started collecting different types of pedals and I have way more than four now. My favourites are fuzz pedals, but also ones that can produce a lot of different sounds. The Behringer Multi-FX is one of my favourite pedals because it’s easy to get weird with. 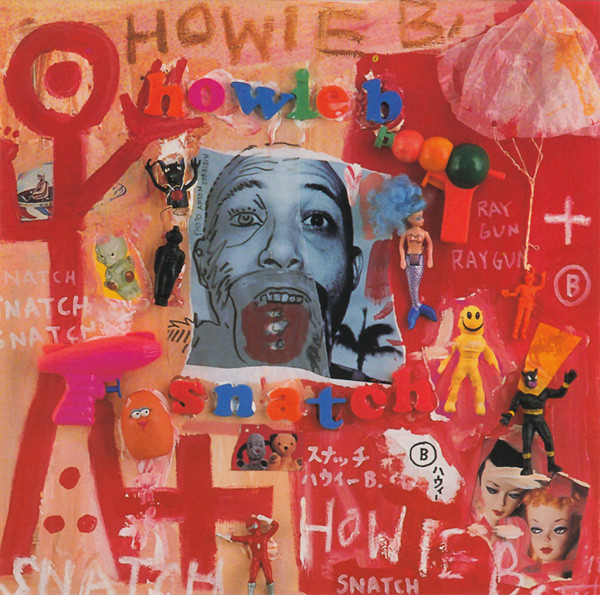 Someone described to me music that samples a lot of sounds or other musicians as “turntablism.” I’ve been super into listening to bands/artists that take collage methods into the creation of their music. I found Howie B’s album Snatch at a thrift store and it’s something I like to listen to as I go to bed.