Paolino Caputo is a queer and non-binary artist-activist of mixed Italian ancestry living on unceded Lekwungen territories. Through new media art, social performance, and storytelling games, they navigate the many faces of queer desire: desires for bodies, desires for sex, and desires for a brighter future. As an early-career artist, Paolino works in arts administration in the artist-run centre context, currently with Open Space Arts Society. You can find their online portfolio at http://www.magnolienne.com/. They will be performing their project (Some)Time on May 8 at 10:00pm MST as part of Mountain Standard Time Performative Art’s Live Stream Schedule: Bodily Response. 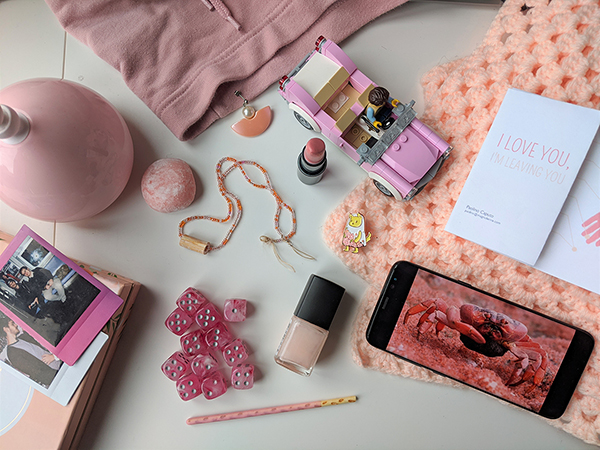 My obsession with pink is an ongoing, almost decade-long affair. Unsurprisingly, it developed around the same time as my practice began to reflect my experiences with queerness and gender. I suppose I never really grew out of Pantone’s Rose Quartz.

I have an unparalleled affection for small critters and their tendency towards mischief. Raccoons are some of my favourites, with their lumbering bodies and tiny, delicate hands that they rub together and use to wash food and roll hard boiled eggs around. My partner also frequently describes me as a gremlin who takes things from around the house and stashes them in unusual places – which probably explains where this kinship comes from. Other honorable mentions for mischievous animals include crows, skunks, rats, cats, hedgehogs, crabs, otters, snakes, clams, and goldfish. 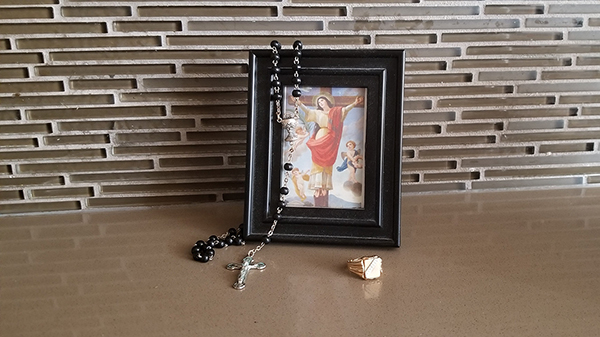 I was once the kind of kid who fancied the idea of slinging fireballs and mending wounds. Nowadays, I am much more interested in the process that takes you there. Ritual magic, both in fiction and lived experience, is a way for me to deliberately slow down spells and think through the social and cultural significance of ritual, its effects, and those who perform them. Ritual magic is also a means for me to engage with the world in ways that aren’t rooted in secularism and Western science. Some of my current and forthcoming research centers ritual and queer Italian histories with faith (which has been a kind of magic in my life). 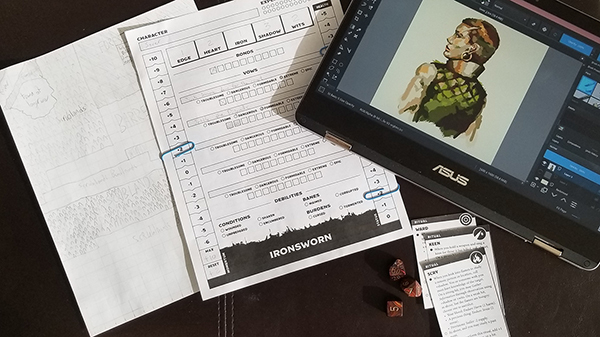 I spend a lot of my time making games, but I also play and study many different kinds of games as well! I’ve been playing Ironsworn – a tabletop roleplaying game by Shawn Tomkin – with my game group every weekend since early February. We started playing it because we were all itching for pastoral fantasy and stories about travel. Ironsworn isn’t exactly that, but it does bring an incredible set of mechanics that manage open-ended story beats and bring the land and its people alive. Plus, more ritual magic! Other games that evoke these feelings include Outward and The Book of Travels.

A new Ghost in the Shell anime just hit Netflix, but I’m feeling nostalgic for the original. If you’ve seen the 1995 film, you know the scene I’m talking about. It’s the iconic, penultimate encounter where the Major’s nude cyborg body writhes, bulks, and finally snaps apart in a fit of technological body horror. The whole film is incredible, but this scene was a haunting image ripe for readings through queer, crip, and transhumanist theory. I wish my body were so malleable.