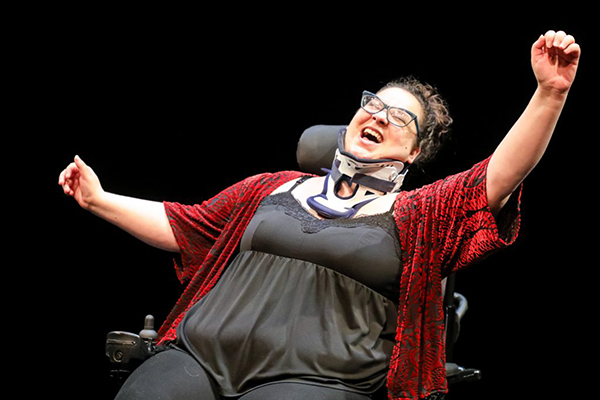 When I first started taking comedy classes, I was taught that laughter comes from the release of tension. The job of a comedian, then, is to build tension effectively, intensifying it to bring an audience to the point where, when it’s finally released, they explode in a burst of relief. This seems simple enough, but even as a new comedian, I wondered: How does disability impact that formula?

Once I started performing in front of audiences, I quickly learned that I didn’t need to say much to build tension. Just being on stage in my wheelchair and braces caused the tension to sharpen uncomfortably. The audience would wonder: was I going to make them feel guilty? Was I there to teach them some sort of lesson?

It was easy to get my first laugh. All I had to do was make some self-deprecating comment about my disability and that fear, that tension, burst into relief. A winning comedic formula, on the surface at least. Comic and storyteller Hannah Gadsby brilliantly deconstructs this process in her stand up special Nanette. She explains that jokes involve a set up and punchline, and interrogates the repercussions in regards to self-deprecation, saying: “Do you understand what self-deprecation means when it comes from somebody who already exists in the margins? It’s not humility. It’s humiliation.”

Each time I went on stage and made a disparaging joke about my disability to put a nondisabled audience at ease, I played further into that mechanism. While me being onstage disrupted the status quo, I was diffusing that tension by reinforcing my otherness. Over time I grew uncomfortable, resenting the jokes I thought were necessary to be accepted by audiences. 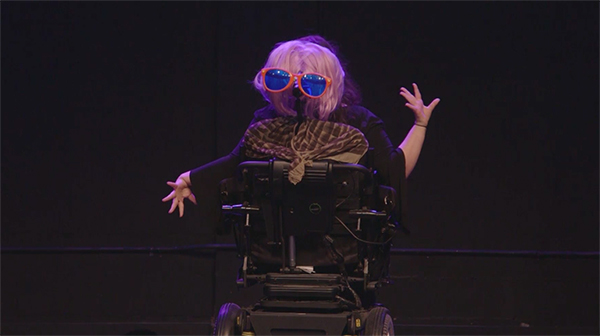 Ophira Calof, Me and My Wheelchair (photograph taken during Second City’s 2018 Diversity Fellowship)

Another lesson I was taught in comedy class is the difference between punching up and punching down. When you punch up, you’re being satirical by making fun of a person, system or idea that holds more power than you. The opposite involves making fun of someone or something who holds less power than you, which is the act of bullying and oppression. Punching up was my guiding light, a way for me to start thinking about how to tackle systemic issues through my comedy. It was another formula that felt straightforward, at first.

From 2016 to 2020, all any of us had to do to find jokes about Donald Trump was open our Twitter apps. These jokes seemed to fall into the punching up category, taking aim at a person with immense power and using comedy to comment on, cope with, and ultimately attempt to cease the harm that he was causing. Unfortunately, an overwhelming number of these jokes had ableist undertones.

Looking to the tension and release model, these jokes set up tension by mentioning Trump, an extremely divisive and scary figure, and released it with a punchline dismissing his power and importance by projecting disability onto him. While disabled people certainly weren’t the intended target of hashtags like #RampGate, where Trump was mocked for struggling to walk down a ramp, and #TrumpWearsAdultDiapers, we were collateral damage, given the message that disability is something shameful that lessens our value and importance.

This form of ableism is very common in comedy – making fun of someone over the perceived deficiencies in their intelligence, physical ability, mental state or “normalcy”.

So what does that mean for comedians? How can we unravel ableism from our jokes?

My answer is “Quite easily, actually.” It just took me a while to figure out.

While a lot of comedy and its teachings either reinforce or don’t account for ableism, that doesn’t mean comedy is inherently ableist. It simply means that mainstream comedy institutions haven’t paid much attention to disabled people in the past. 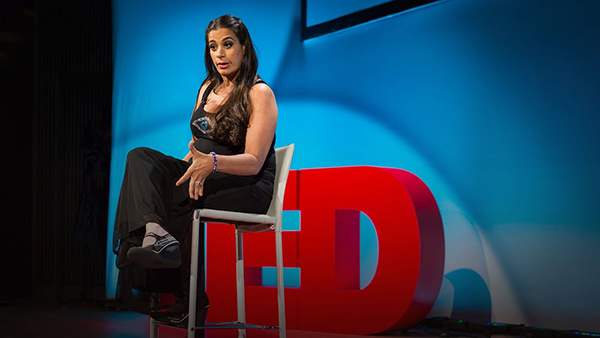 There are so many excellent comedians creating work today that uplifts disabled voices. Maysoon Zayid is the actress and comic behind the viral Ted talk “I’ve got 99 problems… Palsy is just one” who grounds her hilarious work in disability justice and community. Danielle Perez is a standup with credits including MTV’s Decoded, NBC’s StandUp, and A Little Late with Lilly Singh who brings wit, energy and personal experiences to stage and screen. Courtney Gilmour, Desiree Walsh, Michael McCreary, Shannon Devido and more are each comedians changing the game for disability representation and comedy in their own way. And this doesn’t even touch on the exciting work being created on TikTok, Instagram, Twitter and more by creators like Imani Barbarin and Spencer West. I’ve personally had the chance to curate the annual ReelAbilities Film Festival of Toronto’s Comedy Night for the past few years, celebrating line ups of incredible disabled comedians, and the skill and range of voices in the disability community consistently blows me away. 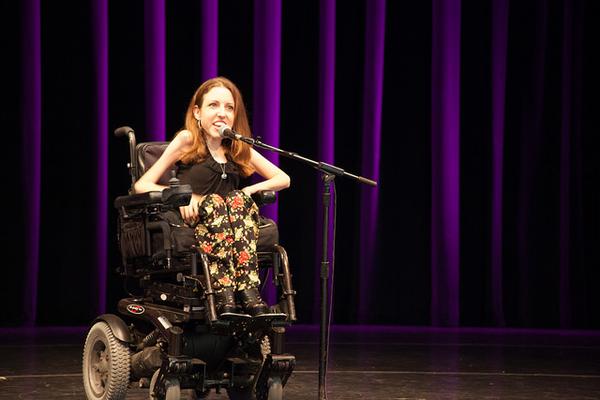 Today, I don’t feel that my reality as a disabled person has to be “handled” for the sake of an audience’s comfort. I think my disabledness makes me a better comedian. It’s taught me to sharpen my satire, focusing on systems without falling back on harmful, overused tropes. It’s taught me that tension doesn’t have to come from a sense of dread, worry, or fear. It can come from anticipation and excitement — the feeling I get when I laugh in community, the joy of connection and shared experiences. Comedy is often framed as irreverent, but care is essential to humour. It’s much easier to laugh and be silly when you feel comfortable.

If I could travel back in time to my first comedy class, I would add an asterisk to my notes. The job of a comedian isn’t simply to generate and release tension. It’s finding a way for us to do that together.