I’m sure that I’m not the only person whose attention span is suffering. For twenty-five days, I have been mooning in my apartment as the world unspools into what is surely the way of life for a while. While I wait for the rhythm – reader, I tell you – I have not been able to watch anything good, nor even anything bad! If I cannot stare blankly at it from Instagram, then it hasn’t really been happening. I feel confident that at some point during this virus, I will finish Netflix, but I have not yet been able to pause my own anxiety enough to even “chill.”

In another life, a fellow writer said to me that she was grateful for the distraction that the internet provided from work. This is an optimistic take. The grimmer perspective points to the screen fatigue that we, as a population, already have. As we slide deeper into a daily life of screen dependence, gratitude and fatigue are held in the same hand. This is the world we have now. I carried these dual sensations with me as I toured the virtual exhibition Open Justice, curated by Ronald Rose-Antoinette and commissioned by scholar Denise Ferreira da Silva of the Social Justice Institute at UBC. 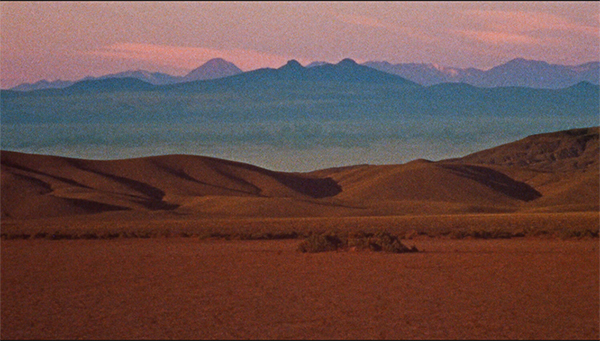 Open Justice is a gathering of film practices from emerging and established international filmmakers. The curatorial focus is an anti-colonial and anti-capital response to a culture of catastrophe marked by migratory emergencies, environmental destruction, and labor inequalities. For better or for worse, the very notion of the online exhibition reignites older spatial concepts of the internet, where digital interfaces formed navigable frontiers that could open-up to the user experience. This idea, however, does not serve the Open Justice platform, which communicates in a more closed capacity – indeed in its very descriptive language, which is laden with opaque jargon that obscures rather than compels understanding. I do not disagree with the overall curatorial sentiment that calls out capital as a smooth and invisible trap, but it took me time to extract this meaning from its prose.

The site features six short films (about three hours of programming) by Malena Szlam, Jamilah Sabur, The Otolith Group, Beatrice Santiago Muñoz, Filipa César, and Raphaël Grisey, Bouba Touré, and Kàddu Yuraax. The closed curatorial style matches the films, where mostly non-narrative works play with structured disorder to distort sensemaking. In ALTIPLANO by Szlam, shifting terrains of Chilean salt flats, deserts, and lakes fuse with the changing colours of the sky at night and in day. On my laptop, this film seemed to experiment with scale, where the massiveness of nature was necessarily mediated by my small device. Scenes of the volcanic desert are beautifully backlit by the screen, but also overpowered by everything outside the frame – the room I viewed it in, the noise at the time of day, the distraction of my house. 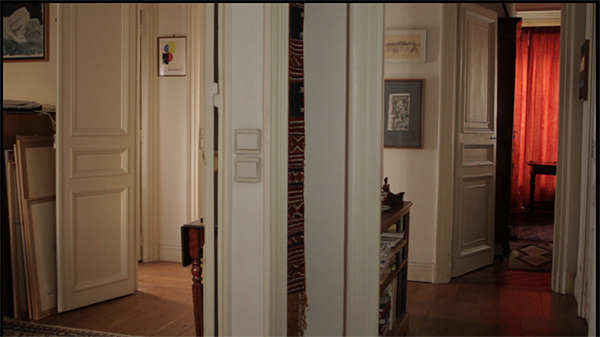 The Otolith Group, I See Infinite Distance Between Any Point and Another, 2014, video

In I See Infinite Distance Between Any Point and Another by The Otolith Group, the Arab-American poet Etal Adnan reads from the first chapter of her epic poem Sea and Fog, a meditation on power and time. This film was shot entirely in Adnan’s apartment, offering a timely reflection of our own indoor lives. The camera is largely trained on the back of Adnan’s head, a visual counter to any desire for an expansive poetry. Instead, her vocal expression is fastened; we rarely see her face or the objects in her apartment except in extreme close up. I experienced the style of this film almost breathlessly, as if my body were mimicking the film’s own claustrophobia. As the credits opened up to the rooms within the home, and certain objects and artworks came into view, I felt myself relax and find pleasure in Adnan’s home. She reads, “Space is not some abstract notion, but our own dimension.” This rings true as these fragile films take on new context, viewed from the confines of our homes.

I often use the body as a guide for experiencing art, beginning with the questions, “What does the work of art do to me? In what ways does it increase or decrease my capacities as a viewer?” The films in this exhibition are a fine place to experiment with this approach, particularly in this time when our capabilities are so narrowed by world events. I felt tested in encountering this artwork online, where digital life can feel a little like smoking – at once free and rebellious, yet totally bad for you. The exhibition does highlight our dependence on streaming media (which sadly is responsible for over 3% of the total global carbon footprint), and on the other hand, I’m completely grateful to view this and all other creative works on whatever platforms we are rationed to, as we learn to live in our homes.