Notes for Tomorrow at Contemporary Calgary

Hoping to escape the heat and noise, I brought my baby niece, eight months old and big eyed, with me to Notes for Tomorrow at Contemporary Calgary. Inside the gallery, the pulsing sounds of Chasing Summer, a techno festival in the park next door, vibrated against the walls, a reflection of the lax COVID restrictions in Alberta and a stark contrast to the theme of “the new global reality” of the pandemic on display. Curated by New York-based Independent Curators International (ICI), Notes for Tomorrow is a selection of photographs, texts, films, and installations chosen by a roster of international curators, showcasing artists from the US, Latin America, and Europe. Though the international scope of the show was commendable, I found myself struggling to piece together a clear curatorial vision, unsure how these works placed together examine, according to the exhibition write-up, “the construction of collective memory in the global era.” Given the myriad ways different countries have been experiencing the pandemic, and to a larger extent, what tomorrow might look like, it felt constraining, and, at worst, foolhardy to attempt to represent collective memory within one show, particularly while techno music inadvertently blared in the background. 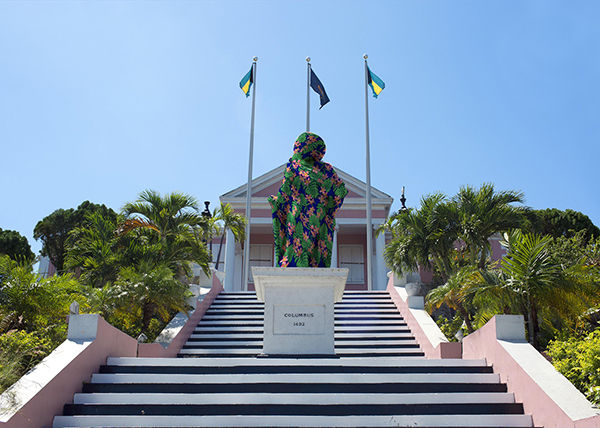 Joiri Minaya, Proposal for artistic intervention on the Columbus statue in front of the Government House in Nassau, The Bahamas, 2017, digital print

Part of the disconnect may have been the sheer variety of perspectives on view, exploring vastly different socio-economic locations that when positioned together seemed at once immediate and distant. A series by Dakar-based photographer Ibrahima Thiam representing the mythology of the white horse-man, the traditional community protector, was placed next to a series by Zimbabwe-based photographer Nothando Chiwanga about pandemic life in the country’s capital city, Harare. Opposite both series, a rack displayed postcards of Proposal for artistic intervention on the Columbus statue in front of the Government House in Nassau, The Bahamas by Joiri Minaya, part of her Cloaking series where she drapes tropical Caribbean prints over the statues of colonizer figures. As I stood among the work of these artists, a triangle of overlapping interests emerged, but I found myself resisting the desire to make easy connections between the images. After all, the distance between Dakar, Harare, and Nassau is monumental – physically, culturally, and contextually. Each space holds complex histories that do not fit readily into a global understanding of collective memory; each is loaded with a specificity that resists sweeping generalizations that would make each location, and the resulting work, more amenable to a common theme. 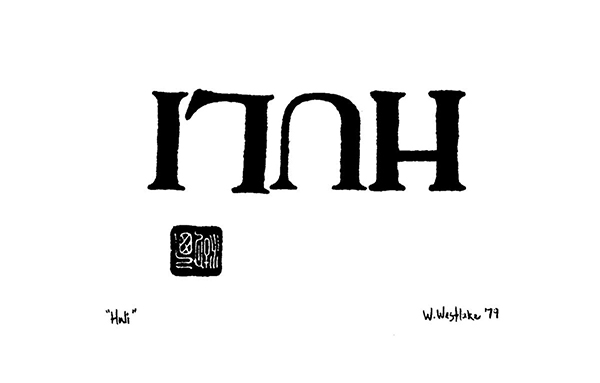 These same challenges emerged when viewing the photographs of Luke Lukoun Cheng from 2018. They depict hengfu banners, traditionally found in public spaces in China, with statements in Mandarin like Do you believe in love between comrades and Close friends will see you with colored glasses. The words were pulled from Cheng’s conversations on Chinese dating apps, and the photographs have a cheeky self-awareness of the gaps in representation of the self online and in the public eye. Similarly, Wayne Kaumualii Westlake‘s HULI (1979) leans into the public power of language, encouraging visitors to take their own rubber stamped image of the Hawaiian word, a historical protest cry against U.S. imperialism in the Pacific. Both works have a multi-layered approach to language that isn’t quite present in just the small snippet offered in the space, and though I carried a hand stamped HULI with me into the next section of the show, its weight felt lighter than it should have given its larger backstory. 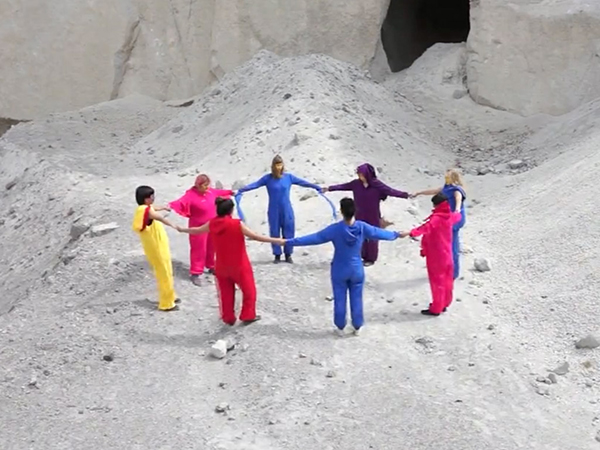 Entering the movie theatre to view several short films as part of the show, my niece woke up from her afternoon nap to watch and was particularly drawn to Nadie aquì es illegal (Here No One is Illegal) (2014) by Mexican feminist/queer group INVASORIX. Dressed in bright monochromatic outfits, the group performed dance movements among the mountainous formations of Sierra de las Navajas, singing lyrics that called for dignity, freedom, and pleasure for all, celebrating the not normal. Imitating the appealing energy of a children’s show, the group highlighted the absurdity of state sanctioned illegality and argued for a horizontal world for “all bodies.” 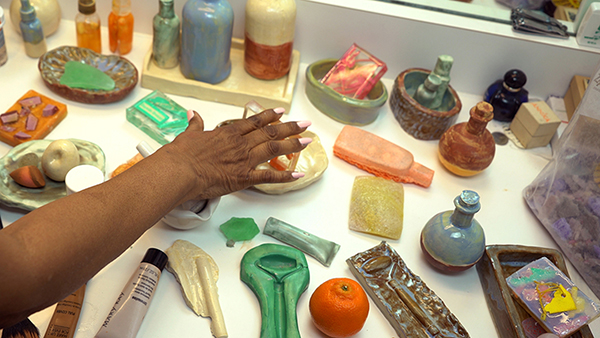 Bodily presence was also interrogated in Decision Fatigue by US-based artist Ilana Harris-Babou. It depicts the artist’s mother as Shelia, a beauty blogger shooting from her home bathroom. The beauty content creator has become an even more dominating online presence during the pandemic, creating a whole new genre of talking and relating to viewers. Harris-Babou’s video turned the viewer into a potential follower, learning beauty tips from Sheila like how to use a rose quartz roller to eat a TV dinner or how to make your own calming mask out of Cheetos. The impossibility of Sheila’s tips, presented in a deadpan tone, were absorbed into the soothing, familiar format of beauty videos, which promise to solve all your body-related problems in the isolated comfort of your home.

My niece babbled away as we paused in front of a list of artists and curators at the exit, lines of connection matching each curator and their selected artist, overlapping across locations and histories. The result resembled a global swarm, without a discernible center or meeting place. Maybe then there is no center to place “tomorrow” within a single context in light of the pandemic – only a gathering of notes that reveal different ways of seeing.

Notes for Tomorrow continues until October 10.
Contemporary Calgary: https://www.contemporarycalgary.com/
The gallery is accessible.

Steph Wong Ken‘s writing has appeared in C Magazine, Canadian Art, Rungh, and The Walrus. She is currently living as a guest on the traditional territory of the Mississaugas of the Credit, the Anishnabeg, the Chippewa, the Haudenosaunee, and the Wendat peoples, home to many diverse First Nations, Inuit, and Métis people.