Ottawa-based artist Neeko Paluzzi’s works can appear as cold as the surface of the moon. Monochromatic and formal, they have a minimalist aesthetic. They are also highly conceptual. He typically works in series that fully realize a pre-established idea, such as the main body of work in his exhibition now on view at Studio Sixty Six: Harmony of the Spheres. Paluzzi has systematically produced seven photography-based works that represent the seven heavenly bodies (including the moon) that comprised the known planets when the astronomer Johannes Kepler wrote Harmonices Mundi in 1619. In his treatise, Kepler transcribed the tones attributed to the planets, which, according to the ancient concept of the Harmony of the Spheres, together made a sound that showed the harmonious perfection of Divine creation. Utilizing a method he developed in previous installations, including This place is a shelter (2018) and The goldberg variations (2019), Paluzzi worked in the darkroom to produce prints with unique tonalities of gray that correspond to the musical tones associated with each of the seven planets. 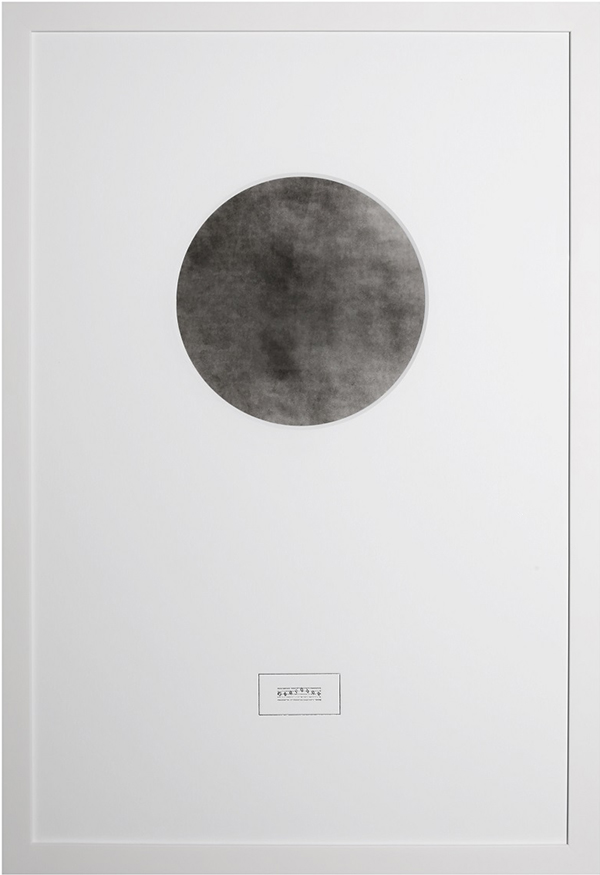 Unlike Paluzzi’s previous series, The Harmony of the Spheres offers a clear framework by which the viewer can warm up to the work. A silver gelatin print presented in a custom frame with a circular cutout in each mat gives a planetary shape to what are otherwise abstract prints. Furthermore, Kepler’s musical notations for each planet are correspondingly embossed in silver below the print. An autobiographical detail can also shed additional light on the work, as it was to have its first public presentation in the exhibition The Little Prince, where Paluzzi reveals that his unrealized childhood dream was to become an astronaut. Scheduled to open in March 2020 at Karsh-Masson Gallery, The Little Prince had to be postponed until the 2021 season because of the pandemic. 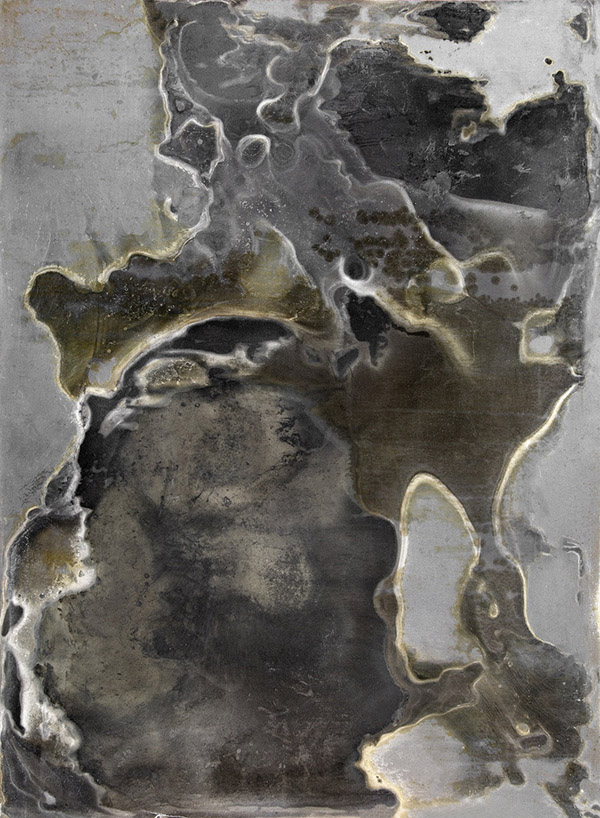 In the context of the ongoing quarantine, the work takes on other overtones. In spite of the disruptions we are experiencing these days, one can find succor in impeccably realized creations embodying an outdated worldview that sees perfection in a pre-ordained order. On the other hand, it is important to note the element of subterfuge in these prints that underscores how most often phenomena are given their meaning by the way they are framed. There is a danger of being trapped in a silo if your worldview has ready answers for all of your questions. However, two additional works in the show, Calcination and Solution (or Dissolution) – from an ambitious new series based on alchemy that he has only just begun – indicate that Paluzzi isn’t going to stop searching any time soon.

Michael Davidge is an artist, writer, and independent curator who lives in Ottawa. His writing on art and culture has appeared in Border Crossings, BlackFlash, and C Magazine, among other publications. He is Akimblog’s Ottawa correspondent and can be followed on Twitter @MichaelDavidge.