Nat Cann (he/him) is a printmaker focused upon the haunting of lands – ideologies and industries keeping afloat Canadian notions of colonial heritage. This printed matter, often a mix of past and present examined through modern photography and archival photos, is paired with installation as a means to further query the haunting of a place. Nat’s work has been exhibited across Canada and been consistently supported by ArtsNB’s funding programs and the Canada Council for the Arts. Nat obtained his BFA from Mount Allison University in 2012 and now resides in Saint John, New Brunswick, a colonial coastal city upon the unceded territory of the Wolastoqiyik peoples. His current body of work, Forlorn Visitations, an in-depth examination of New Brunswick, is on display from September 16 to October 21 at the wonderful Martha Street Studio. 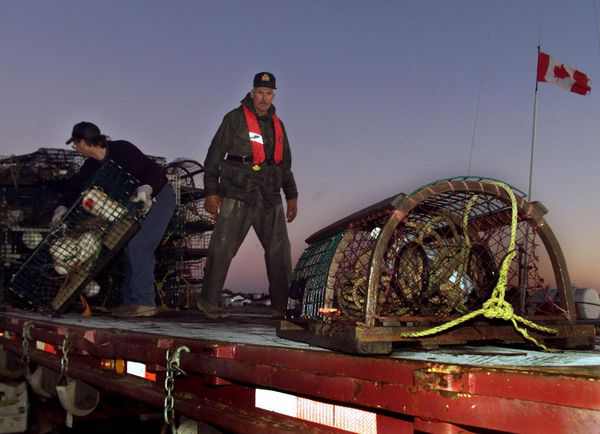 Between 1999 and 2002, the Mi’kmaq people of the Burnt Church First Nations (Esgenoôpetitj) and non- native fisheries in New Brunswick clashed over fishing rights passed down by the Marshal Decision (R. v. Marshall). Mi’kmaq communities claimed that they had the right to catch out of season, as per their Treaty rights, whereas the non-Native fisheries claimed that lobster stocks could be depleted. What followed were months of madness, violence, and bigotry as best described in Alanis Obomsawin’s documentary Is the Crown at war with us? Mi’kmaq fishing rights are now mostly recognized by the government, but the Burnt Church Crisis is a tale every New Brunswicker should know. I’m always surprised by the reaction when I share this story, how little Canadian folk know of their own backyard, neighbours, or kin. 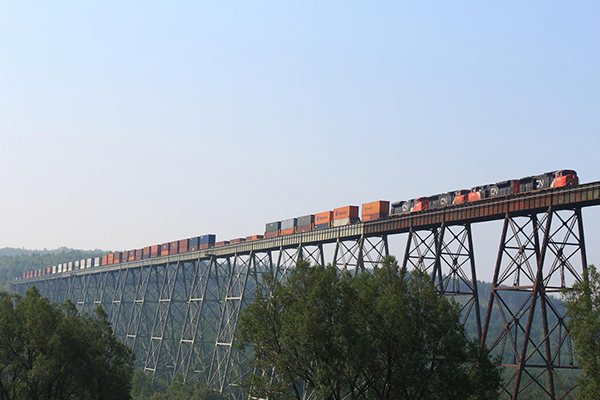 Along the American border sits a 112 year old monster: the Salmon River Trestle bridge. More than seven thousand tons of steel, roughly 1.2 kilometres long and 61 meters deep in spots, it’s a wall of colonial designs as impressive as it is forgotten. It was supposed to be famous (as were many things in New Brunswick), but today it’s a little secret kept to those who know where to find it. And I suppose that’s my obsession with it: something that was meant to be bigger yet never quite got there. It’s like finding the Colosseum in your backyard as well as a whole community who’ve existed in its shadow and knew best to keep its secret. 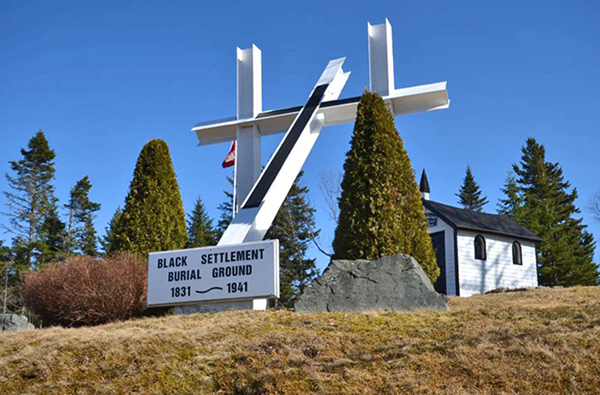 The Black Settlement Burial Ground in Willow Grove, New Brunswick, was founded in 1831, and is the resting place of nearly 100 Black Loyalists and Black refugees. The history of this place cannot be summed up in a quaint paragraph. Head to Willow Grove • MyNewBrunswick.ca if curiosity strikes, but this area in particular is a place of nostalgia for me. We would party in Willow Grove as teens or on university summer breaks – acting complete fools on what I now know to be sacred ground.

Loitering on the forest’s edge within the absolute middle of nowhere between Minto and New Brunswick’s capital of Fredericton sits the remnants of internment camp B70, which once contained German and Austrian Jews, 711 men and teenage boys, all fleeing Europe. It’s a strange and shadowy snippet within New Brunswick lore, and, like so many other advents, it’s one that’s only available if you search past the colonial era that so many entities, until recent days, have fastidiously polished. As homage to the men lost at the camps, an unknown group has mounted faces amongst the bark. They’re quite haunting if you ever notice them staring back. It makes one wonder what other tales loiter in the woods.

I’m infatuated with this little place. Sitting on Elmwood Drive, right before Moncton’s endlessly congested Lewisville Road, Clementine is my haven. I can’t recall how many times I’ve sat, savouring over coffee and bagels, trying to finish up work, and I’m never alone. It’s one of those café’s that draws café campers to sit for hours on end, a womb of Acadian quaintness that you just can’t seem to leave. If you ever find yourself in M-town NB, roll over to Clementine and show some love.