Nadège Grebmeier Forget’s interdisciplinary practice unfolds via durational, live, live-streamed, and private performances that sometimes result in photography or installation works. She models and hybridizes herself to defuse expectations of beauty and explores the effects (and affects) of the concerned gaze on the unfolding identity as it is observed and analyzed by others, including oneself. Circulating within both the visual and live arts communities – as an artist, independent curator, and consultant or freelance project manager – she has participated in numerous events, festivals, panels, residencies, and exhibitions in Canada, the USA, and Europe. The Hungry Ghost Follies [Here’s to the Girls], her most recent performance, was presented on September 28 at the Grenfell Art Gallery of Memorial University (Corner Brook, Newfoundland) in the context of its Saltbox: Contemporary Arts Festival and exhibition, ongoing until November 10. Currently she is artistic co-director of ATTABLER, a collaborative project presented at L’Agora de la danse from December 5 to 8 (Montreal), chairs as president of the board of administrators at Centre CLARK, and will be showing a variation of her last solo-exhibition I, at Le Centre d’art La Halle (Pont-en-Royans, France) from December 15 to February 23.

1. The practice of feeling 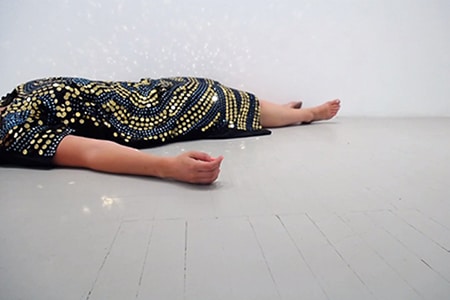 I often avoid admitting on paper that Yoga is my thing. It feels so mainstream. My knowledge (and interest) in its history and poses is very limited. Neither do I feel compelled to buy its tight fitted outfits or best portable matt – although I’ve thought about it. I’m also not (that) sporty and disciplined. More of a Baby Spice kind of gal, I’ve been wearing makeup and costumes since forever. Like Marilyn Monroe, I tend to cultivate longing by arriving systematically late. The Lady Gaga syndrome of never wearing (or being) the same thing twice is also a card I play. But for the past four years, I have arrived early to my Naada classes, natural and wearing the exact same thing over and over again. So… I’m including Yoga in my check list today because, as does the process of art making, learning to show up for yourself and becoming aware of what you feel takes time and practice. 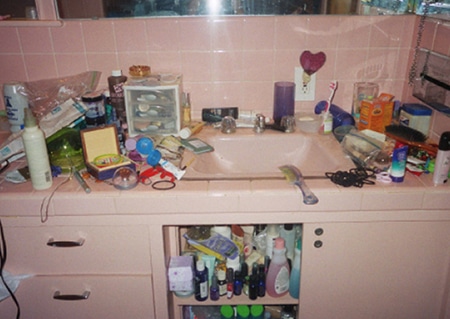 Taken from the book Please Read (if at all possible): The Girl Project by Kate Engelbrecht

“Female adolescence through the eyes of teenage girls for a teenage girl audience. This empowering volume introduces the reader to an insider’s view of teenage girlhood. Through their participation in The Girl Project – created in 2007 by Kate Engelbrecht to explore the personal realities of modern female adolescence – teenage girls contributed intimate, heartwarming, diarylike text entries and photographs that capture their personal and private moments. To date, over 5000 girls between the ages of 13 and 18 have sent in photographs, along with anonymously completed questionnaires that communicate their view of themselves and the world around them. […]” 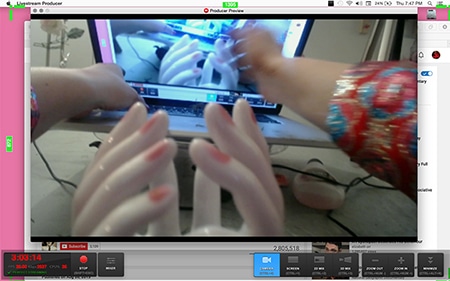 Also known as the Internet. I often spiral into its abyss. The spell of social networks upsets me every time, like the most toxic relationship you could ever have and still want to maintain. It’s stimulating and deceitful. Everybody knows it. Everybody tells you. But you still do it. Without this relationship, you feel you are nothing. Your “true self” knows this is a lie, but your FOMO just triggers your egoover and over again. Most of my work highlights the complexity of this falling. My tendency toward using excess as an active material mirrors the constant over-solicitation I feel when juggling reality (the state of being) and virtuality (all the potential). 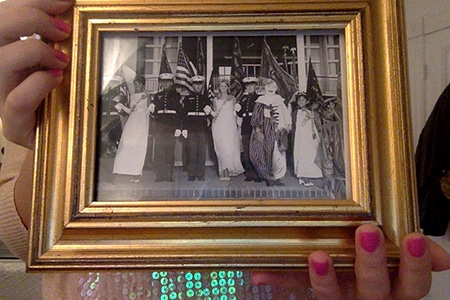 My mother is still alive and well. We are close but not that close. I sometimes feel we are the same person. That idea makes me smile sometimes and at other times, really not. Although she is bubbly and friendly like I am, she isn’t a very touchy-feely kind of person and doesn’t really open up about her private or interior life, as I do. I don’t know which is the better. A picture of her cast in some sort of old Hollywood movie hangs on my bedroom wall. I sometimes look at it, fascinated, and daydream about it being me. The idea makes me smile and at other times, not. All I know about this picture is that it is dated 1968 and the newspaper article pinned to the back of it says “And Here They Are” followed by the listing of all the Misses present. When I ask her about it, she giggles and says she was simply the runner-up of this California Beauty Queen Pageant. When tired, she says, “the second best.” We both smile the Amercian Dream smile.