The paintings of Mary Joyce and Elder Myles Hector Charles, currently on display in Ways of Living, Ways of Painting: La Ronge and La Loche at the Mann Art Gallery, generously share love for the good life in northern Saskatchewan. The works replay the artists’ own sensory memories in these two territories, which are culturally unique but have been connected by the Churchill River route since time immemorial. Their visions invite visitors into intimate impressions of precious moments – moments of work and collaboration, of learning about and observing the land and its regional bounty. 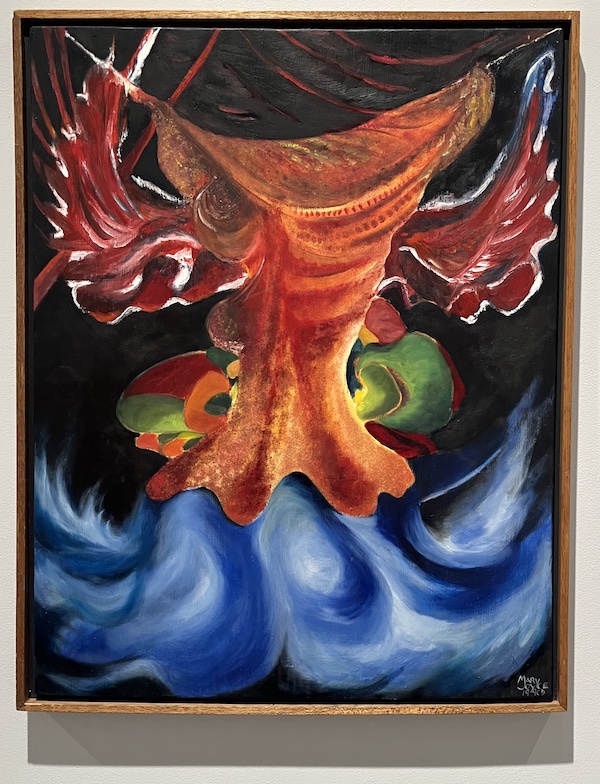 Joyce, an artist born in Montreal but now based Edmonton, paints dream-like scenes in vivid warm colours mostly depicting women’s work. Her comforting, womb-like interior scenes of La Loche are a whirlwind of smoke and activity. Some of her paintings are portraits of women she spent time with and learned from as they worked scraping, smoking, and preparing moose hides. Each canvas is accompanied by a short story about the person or the activity taking place in the scene, inviting the visitor into the story, and into the artist’s relationships. These paintings were completed in 1989-1990 when Joyce spent a year painting full-time in a one-room cabin in Dënesųłıné territory at Black Point just south of La Loche. She completed about eighty oil paintings, most depicting women’s techniques for hide preparation and their other responsibilities. 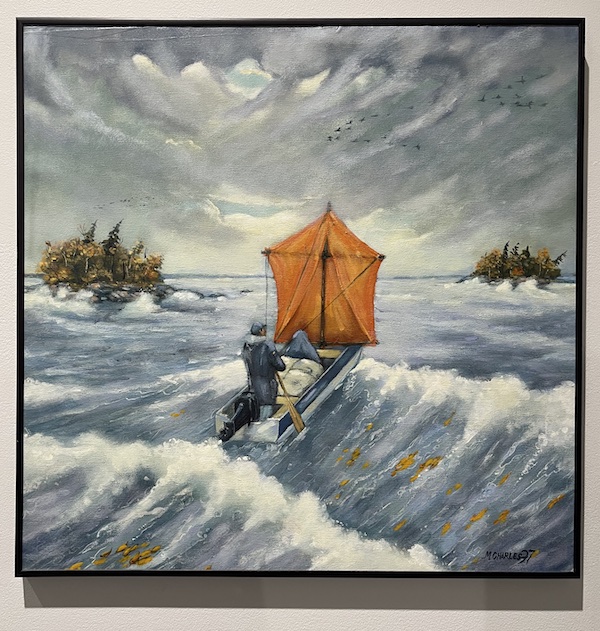 Where Joyce expresses action and movement in oil, Charles often depicts scenes of quietness in acrylic: a canoe in the water, a boat headed out to the lake, a man standing on a snowbank watching the sunset, hunting gear leaning on a tree in the bush in winter. Many, such as She’s just waiting from 2021, which depicts a person crouched in a marshy area, are scenes of patience and stillness. Elder Myles Hector Charles is a Woodland Cree Assinîskâwitinowak artist born at Fox Point on Lac La Ronge, and a member of Lac La Ronge Indian Band #353. He is a Residential School survivor of both La Ronge and Prince Albert Indian Residential Schools. His paintings reveal a collection of memories made over the last three decades and often recall scenes of hunting, fishing, and gathering in Assinîskâwitinowak territory. He celebrates wisdom related to living on the land, and the satisfaction of working in harmony with human and non-human beings. However, the celebration also comes with a warning. One panel shows a crane in the middle of a clearing, a stark industrial icon clearly effecting the balance of the land. Another untitled painting shows a fire starting on the edge of a lake, and yet another shows a helicopter pouring water on an enflamed bush that is filling the air with smoke. Charles and Joyce both celebrate the multifaceted Indigenous lifeways of the north and exhort community members to respect and care for that balance by transplanting their memories into ours. 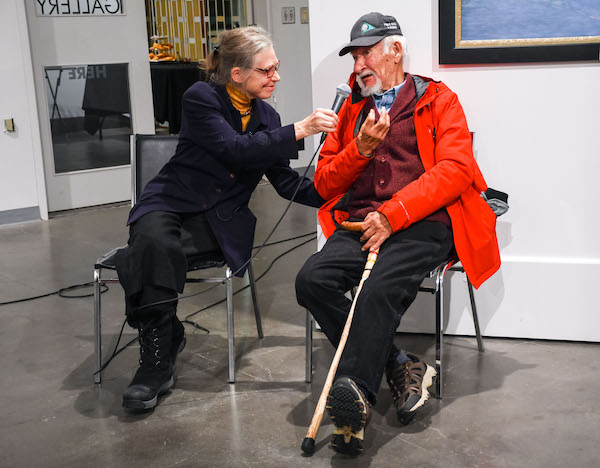 Lindsay Sorell is an artist and researcher based in Waskesiu, Saskatchewan