Moyra Davey at the National Gallery of Canada, Ottawa

The Faithful, a survey exhibition of the decades-long career of Moyra Davey, brings together a body of work and weaves a dense web of references that warrant close readings. Working with text, video, and photography, the Canadian-born, New York-based artist examines her personal history and its connections to art, film, and literature to construct narratives that give meaning to her experience at the same time that they refrain from reaching any simple conclusions. 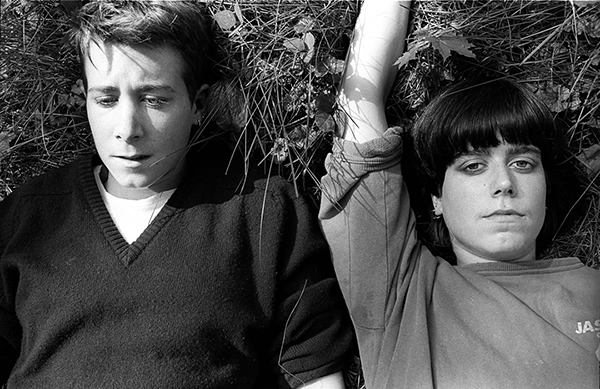 Curated by the National Gallery’s Andrea Kunard, the exhibition is organized thematically, not chronologically, and ranges from early photographs that Davey took of her sisters in the late seventies to more recent photographs of her son and his friends, images of the artist’s urban and domestic surroundings, and diaristic films and videos. Recurring subjects include dogs, dust, photo albums, vinyl records, and empty bottles. Many of the photographs reappear in different contexts throughout the exhibition, especially in the videos, where Davey’s commentary adds layers of significance. The longer you spend in the gallery, the more meaning accrues. If you wish to linger, the running time of the videos combined is approximately five hours.

There is also a mini-exhibition within the exhibition of works from the Gallery’s permanent collection, selected in collaboration with Davey, which serves not only to situate the artist’s practice in a photographic tradition (Julia Margaret Cameron and Eugène Atget are examples), but also to add layers to an already complex network of associations. An extended label on one of the works, Robert Frank’s Café, Beaufort, South Carolina (1955), includes commentary by the political philosopher Dalie Giroux, another figure who is present throughout the exhibition. Of the photograph, which depicts a baby lying in front of a jukebox, Giroux notes, “We assume the jukebox is singing, talking.” The muteness of the image underscores the limitations of photography. These limitations are also emphasized by Davey’s practice of folding and mailing her prints, which accentuates the history of their use. Their material changes betray the photograph as an imperfect form of memory. The commentary in the videos, heard throughout the galleries, is a kind of compensation that addresses these issues. 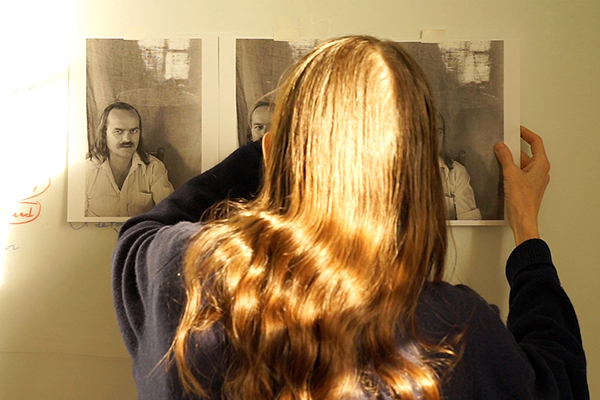 At the center of the exhibition is a recent video titled i confess, which bridges an appreciation of the American author James Baldwin with a reexamination of Pierre Vallières, the Quebec writer who compared the separatist movement with civil rights struggles in the US. On the 50th anniversary of the October Crisis, amid anti-Black racism protests, its presentation in Ottawa couldn’t be more timely. Like Davey’s other work, it also reveals personal details of her own life, delving into her father’s possible role in the invocation of the War Measures Act, and her ex-boyfriend’s relationship with Vallières. Like Davey’s Subway Writers, a major series that depicts people reading and writing while in the subway, her work is intimate and private at the same time that it is very public. In i confess, Davey mentions one time she got so absorbed in reading her research material that she missed her train stop. I too ended up staying longer than I intended at the gallery, and felt even then that I had barely scratched the surface.

There is a recurring motif in the videos, where Davey goes over to an open window in her apartment and blows the dust off the top of one of her books. It is a ritualistic gesture that suggests we must repeatedly reexamine the past, our own memories, and received ideas. When Giroux is quoted saying that the Earth needs a year’s sabbatical, she could not have foreseen the pandemic, which has necessitated that we take a pause for self-reflection. As one of Davey’s works in the exhibition asks, citing a line from Anne Sexton, “Why else keep a journal, if not to examine your own filth?”

Moyra Davey: The Faithful continues until January 3.
National Gallery of Canada: http://www.gallery.ca/
The gallery is accessible.

Michael Davidge is an artist, writer, and arts worker who lives in Ottawa, Ontario. His writing on art and culture has appeared in Border Crossings, BlackFlash, and C Magazine, among other publications. He is Akimblog’s Ottawa correspondent and can be followed on Twitter @MichaelDavidge.