The Arts have a long relationship with mental illness – indeed the stereotype of the Mad artist is often revered as synonymous with artistic brilliance – and yet, despite a legacy of mining Madness for creative product, the administration of arts organizations is often intolerant of mental or emotional diversity. (For clarity, I am referring to Madness as the external label used to indicate an assumption of internal deviance, and not a medical-model diagnosis of mental illness. As a social construct, Madness is inferred from outside, based on non-conforming behavior.)

The myth of the Mad artist suggests that artists are fundamentally different from other people, and that their creativity is inseparable from deviance and distress. The hypersensitive, fragile artist is positioned as a coal-mine canary whose role is to feel and react for the rest of humanity. This cliché can lead to situations where artists are indulged and coddled, celebrated but disempowered. Under the guise of “protection,” the power of Madness – to pose alternatives, to illuminate hypocrisy and inhumanity, to disrupt and challenge and change – is contained and controlled.

Conversely, Madness in arts administration is rarely tolerated. Arts workers often face stressful work conditions with little to no support. Vulnerability is acceptable in theory, but not in reality. Those who break down or resist established norms are often pitied, discounted, and edged out.

I will share an illustration from my early days in film. Working as a Production Assistant on a Hollywood mini-series, I had an emotional and physical collapse one day at the end of my shift. After (literally) crumpling to the floor while standing at a public kiosk, I was tucked by anxious staff into a broom closet then whisked away by family to the hospital. Even so, I was back on set six hours later for call, still wearing my hospital admissions bracelet, because a PA cannot, under any circumstances, be late to set. That same day there was an emergency that disrupted filming for a few hours: one of Edmonton’s top dermatologists was called onsite to diagnose our once-A-list-but-now-fading star as having… a pimple. 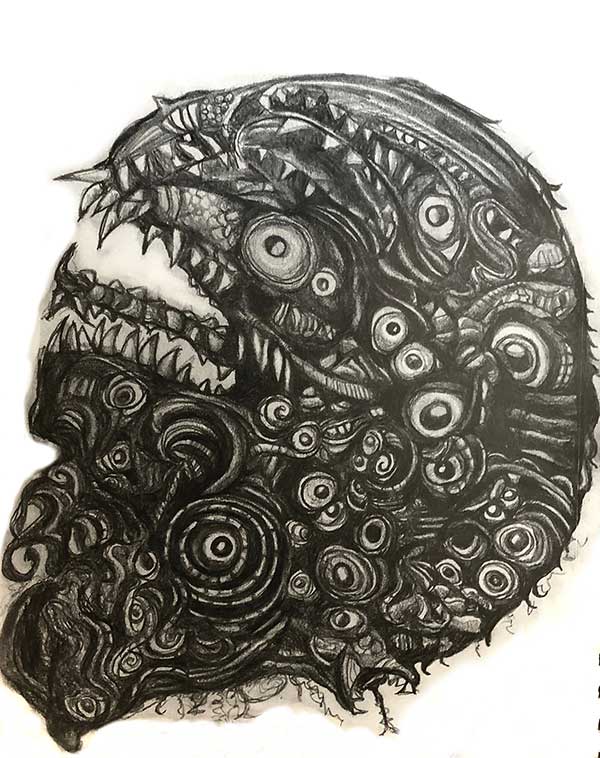 One might argue that this example is not representative of most arts experience, but I have seen this dynamic play out over and over through my thirty-plus years: a community theatre actor allowed to throw chairs in the greenroom because he did not feel he was getting the respect he deserved, a curator forbidding my interaction with artists because they were too sensitive to answer questions about their own conduct, artistic staff treating underlings in support roles as if they had no worth or individuality. Too often I have seen differentiation between artists and arts industry workers that infantilizes the former and dehumanizes the latter. And Madness is used as an excuse.

This difference in expectations is a form of sectoral psychosis. On one hand, the Arts tout the importance of sensitivity and openness to experiencing the world in unusual and unexpected ways. On the other hand, these very same qualities are discouraged in operational practice. But we who work in the Arts have a special obligation to straddle this divide and embrace Madness beyond paying lip service, because we have benefitted from it for so long. 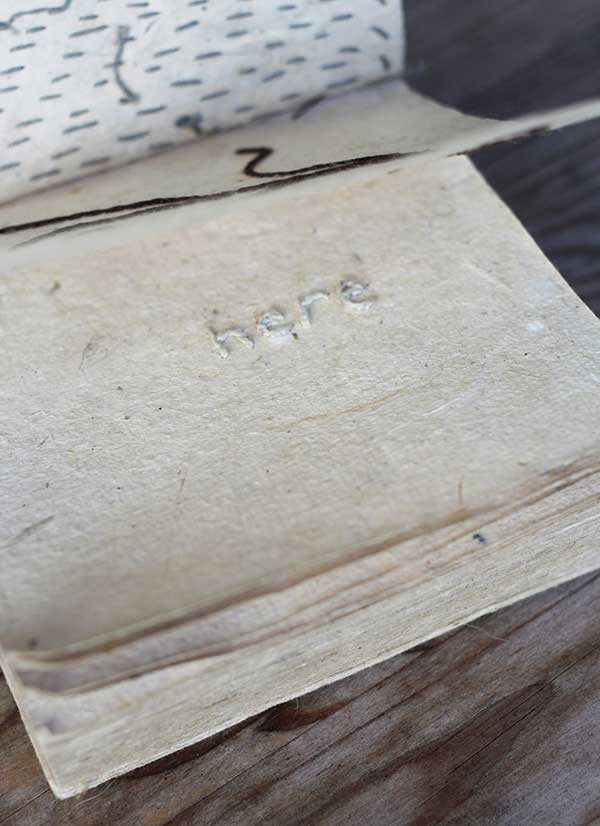 What would the arts sector look like if it were more Mad-positive? Probably not that different than it is now – at least not initially. In theory the Arts already embrace Mad-positive values: inclusivity, diversity, provocation. Where theory breaks down in practice is when these ideals directly conflict with other pressures such as efficiency and productivity. The change needed is not in a massive overhaul of existing structures, but rather the commitment of arts managers to enact their values in day-to-day decisions, such as:

These choices happen in small, everyday moments, such as when an arts manager wonders, “Do I have the money to pay for X?” or “How do I deal with a difficult deadline – push my staff or push the deadline?” As an example, some years ago I decided that whenever I had a choice regarding what to pay someone for their work, I would choose the higher option and cut corners elsewhere if necessary. To date, I have never regretted this decision. 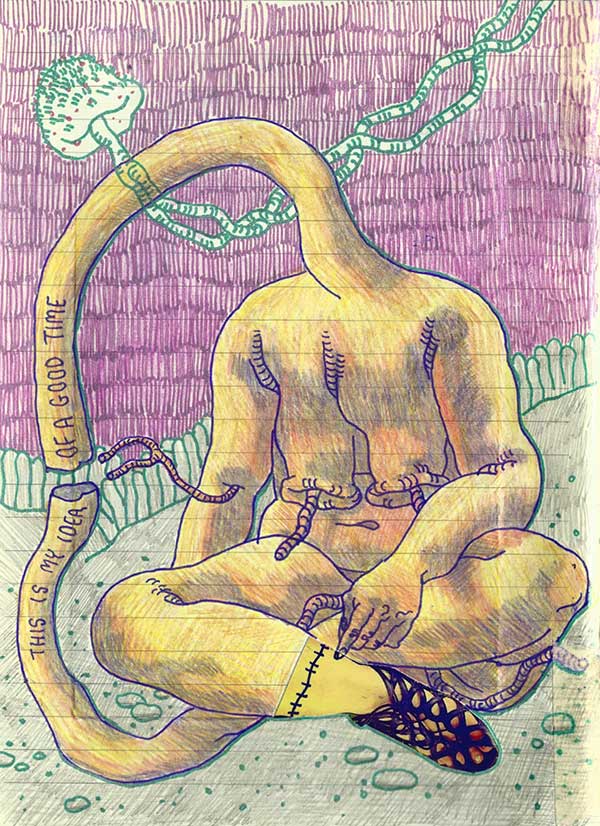 Valentin Brown, The Body Farm says, “This is my idea of a good time”, 2018, mixed media drawing and collage on notebook paper

It should be apparent that these proposals would not just benefit the Mad, but would make the workplace more humane and supportive for all. And (spoiler alert), I will share a secret: we crazies are already here, covertly doing the work. Embracing Madness would simply remove stigma and allow us to be more forthright about why we make the choices we do. Ironically, becoming more Mad-positive as a sector could actually result in more alignment between what we say and what we actually do.

We in the Arts have the opportunity to model organizational structures that embrace frailty, difference, and the unique limitations, strengths, and perspectives of each individual human being. We can start with embracing Madness at the office. If this is disruptive, if this prompts change… well, good.

Because really, if the Arts don’t do it, who will?

[Note: All images contributed by colleagues I work with at Tangled Art + Disability, artistically and administratively. The Mad perspective brings color, creativity, and compassion to everything we do.]

Cyn Rozeboom has worked in the Arts for over three decades in roles ranging from fundraiser, communications specialist, artist, and administrator, and in cities such as Edmonton, Windsor, New York, and Toronto. Since 2017 she has acted as the Executive Director of Tangled Art + Disability. Cyn is particularly interested in the contradictions of human nature, the construction of identities through story-telling, and the fluid dynamics of power within social structures. While she personally prefers to be called crazy, she is hugely appreciative of Mad Pride movements.