Helena Czernek is an accomplished visual artist and designer. She has a master’s degree from the Academy of Fine Arts in Warsaw and also studied at the Bezalel Academy of Arts and Design in Jerusalem. Aleksander Prugar is an award-winning photojournalist and graduate of Warsaw University and of the prestigious National Film School in Łódź. Together in Warsaw they run MI POLIN (Hebrew for “From Poland”), the first Judaica studio in Poland since the Second World War. Their original Jewish ritual objects are in the permanent collection of the Jewish Museum (New York) and are carried by the most prominent Jewish museums internationally. MI POLIN was commissioned by the POLIN Museum of the History of Polish Jews (Warsaw) to create a commemorative project for the anniversary of the Warsaw Ghetto Uprising. Sixty thousand paper daffodil badges that they designed are distributed annually across the country to mark the commemoration. In Fall 2019, Helena and Aleksander were in Toronto for an artist-residency organized by the FENTSTER window gallery, the Miles Nadal Jewish Community Centre, and the Sarah and Chaim Neuberger Holocaust Education Centre. Mezuzah Okno, their site-specific multi-media installation continues at FENTSTER until further notice due to the unpredictable circumstances related to COVID-19. 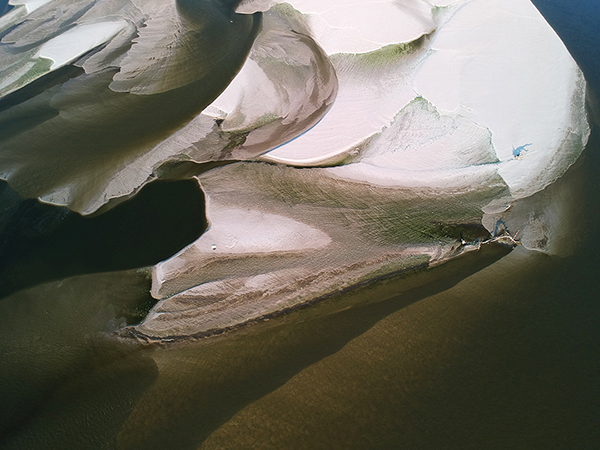 Aleksander: I have a background as a photojournalist and worked as staff photographer of Gazeta Wyborcza for six years. However, I was always curious about what the earth looks like from above. Two years ago, I began to get interested in the potential of drone photography and explored my love of nature by focusing on the Vistula River, the largest and longest river in Poland. The Vistula from above appears like an abstract painting. For the FENTSTER exhibition, I made two new drone videos, both of the Vistula River, which has shaped the identity of the Polish people for thousands of years. I like to capture the environment as the seasons change. Making aerial photography helps me to decompress and to build a strong relationship with nature. With the view from above, I feel a part of nature. 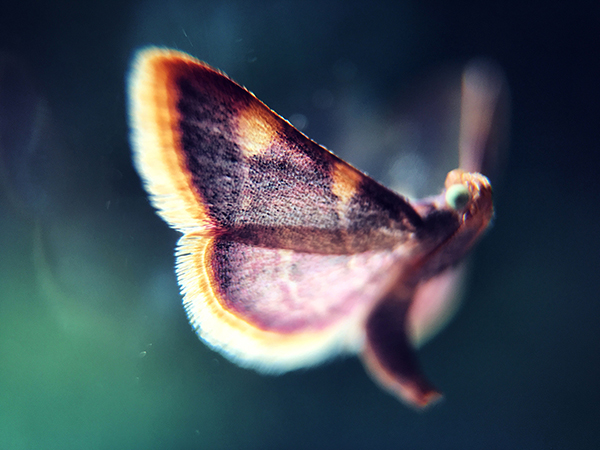 Helena: I have a small micro lens for my iPhone. Since getting it, I have discovered a very different world, the world that people don’t see usually. Wandering through a meadow and observing insects and plants – their natural surroundings and behaviour – is one of my favourite ways of spending summer evenings before sunset. Making close-up, macro photos made a very big change in my life – I stopped being scared of spiders! Now, I no longer see these small bugs as something ugly, but as creatures with their fascinating behaviours and differences. Taking pictures of this small setting, I feel like I am entering a new, unknown, and inspiring world. 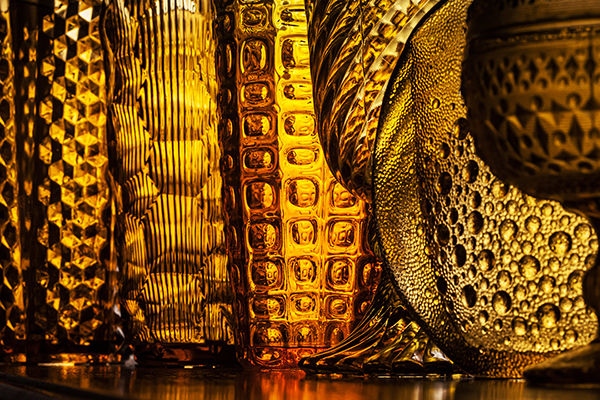 Aleksander: I collect glass made in Poland between 1960 to 1980, especially pressed glass designed by Jan Sylwester Drost and his wife Eryka Trzewik-Drost, and produced by the Silesian factory HSG Ząbkowice. Ironically, the best examples of pressed glass were designed and produced during Communism – the era of the lack of everything! Paradoxically, artists were encouraged by political leaders to create more and more sophisticated forms and designs. Creativity was the most respected value years ago. Due to this, Poland was the top country to design and produce glass masterpieces. I love the glass produced in HSG Ząbkowice because of the light. Glass vases, bowls, or plates generate outstanding light effects. These unexpected reflections offer a very special visual pleasure. Each piece that the Drosts designed is like a lens or kaleidoscope. I very much admire how the they achieved the ability to control light through glass. 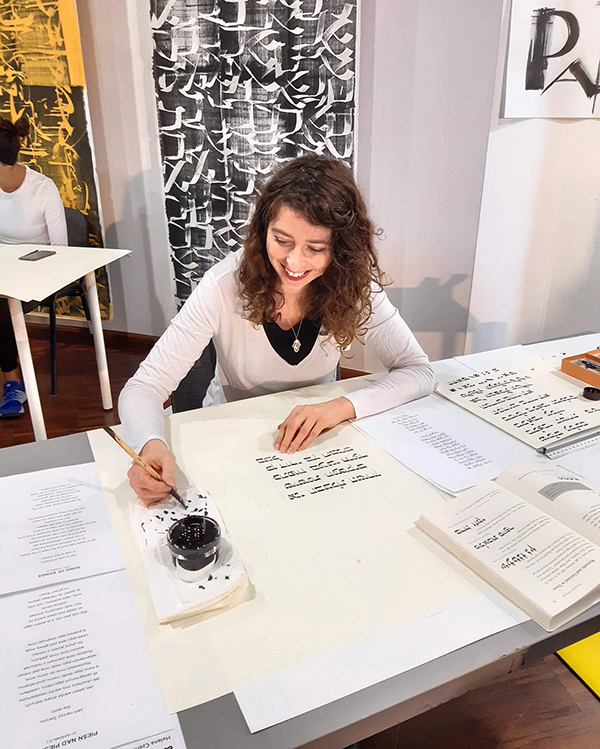 Helena: For past three years, I have been exploring different media and creative outlets with a focus on Hebrew calligraphy and Japanese woodblock printing. Sometimes I combine the two – introducing calligraphy into my prints. Most of my pieces illustrate important words and phrases drawn from Jewish sources. I dream of going to Japan to learn more about the technique of Japanese woodblock printing. But I have been teaching myself Hebrew calligraphy, which has certain conventions and rules. I find it calming when I’m feeling angry. This photo is from a performative calligraphy event called Silent Writing, where a group of calligraphers wrote in different alphabets while working in total silence while an audience walked around and observed the process of creation, also without talking. 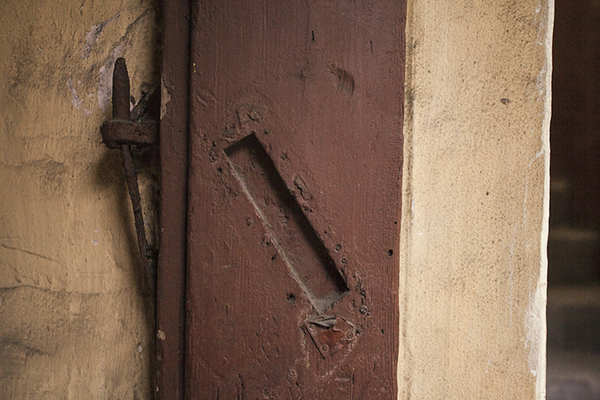 Aleksander: After Helena spotted a simple shape in a doorway in Krakow six years ago, little did we know then that it would begin the greatest adventure of our lives. Helena recognized that the shape was a remnant, a trace of a mezuzah that once hung on that doorpost. (A mezuzah is a small case traditionally affixed to doorposts of Jewish homes containing a scroll inscribed with important Biblical texts.) Helena immediately called me to share her impression and observation. I told her that I had never seen traces of mezuzahs in Warsaw. Our city was left in ruins after the war. Helena suggested that we continue searching for more of these traces and I was completely excited by this idea. And that began our endless journey. To date, we have driven almost 50,000 kilometers across Poland, Ukraine, Belarus, Romania (and even Morocco!), and we have found 130 mezuzah traces, including in Warsaw. Even still, today there are almost no mezuzah traces left, especially when you consider that before the Second World War, Poland had 3.5 million Jewish inhabitants. What remains are marks: holes and nails which once held mezuzahs. These traces are a symbol of those who were taken away and of a nearly vanished world. Today, we are so happy to be a part of the growing, revitalized Jewish community in Poland.