Levi Glass is a Canadian artist of Métis and German descent. He has exhibited internationally at venues in Germany, Switzerland, Italy, the UK, and frequently across Canada. He holds a BFA degree from Thompson Rivers University and an MFA degree from the University of Victoria. His research practice focuses on the mediation between images and objects that often result in new perspectives in familiar forms. His artistic practice utilizes a wide range of mediums including sculpture, installation, photography, and new media to experiment with a similarly wide range of contemporary issues from self-representation to politics to phenomenology. In addition to his own research and artistic practice, he has been an assistant preparator at the Kamloops Art Gallery, a member of the programming committee at Arnica Artist-Run Centre, a research assistant to The Camera Obscura Project, an artist assistant to Donald Lawrence, Kevin Schmidt and Cedric Bomford, and a sessional instructor at the University of Victoria. He most recently worked as an Indigenous Advisor at Camosun College. His solo exhibition Legroom for Daydreaming is on display at the Alternator Centre for Contemporary Art until July 3. 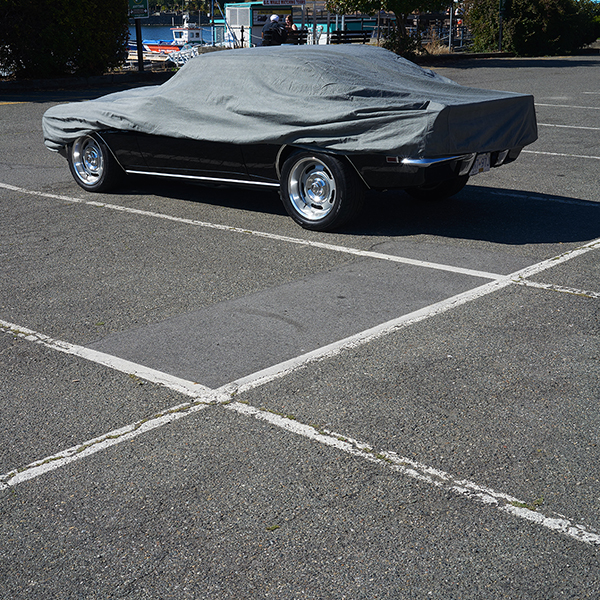 Covered cars are generally so boring, but once in a while I find one covered seductively, revealing some shiny trim of a vehicle that was tirelessly restored and now hides away. Other times it’s just a tiny, new Smart Car with a covering that fits like a tight muscle shirt. Desire, sexuality, consumerism, Richard Prince, it’s all there sometimes in a perfect display in the laneway. 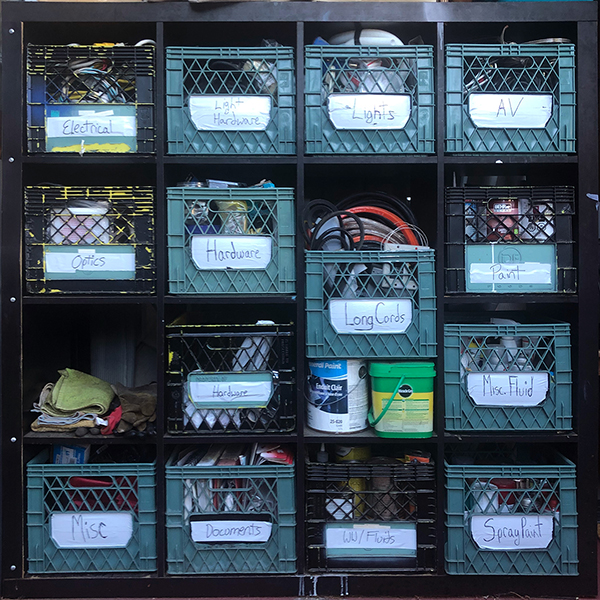 This is my cheap studio storage hack: find a used Ikea Kallax shelf and fill it with old milk crates you may have inherited from your father, the milkman. Perfect for last minute packing, quick tidy-up, or stacking. 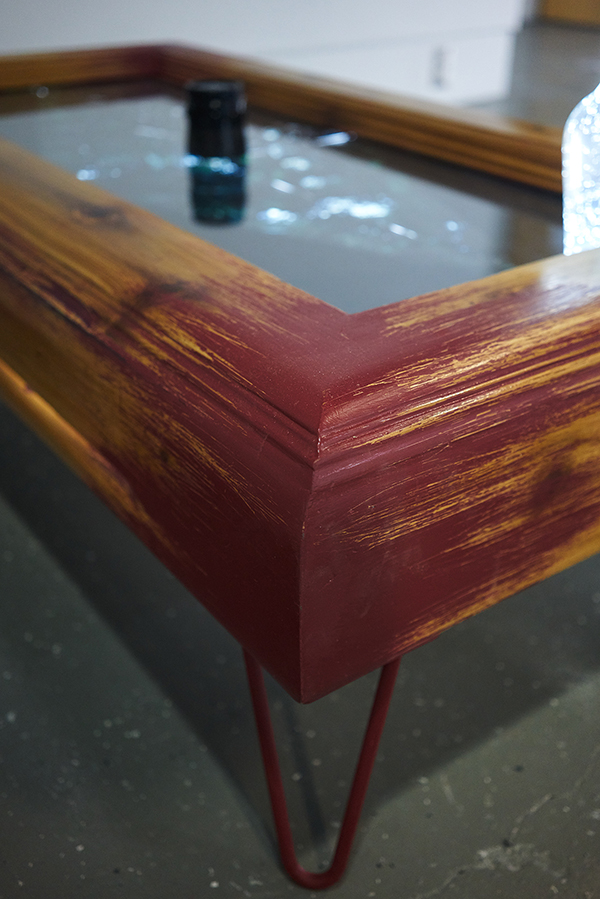 I don’t have a clear cultural history to draw from, but rather pieces from my European and Métis past that I have cobbled together with new pieces that come out of my own personal history. Accentuating this in the joints and cracks of Indigenous woods and consumer materials, Benjamin Moore Colonial Red paint expresses my mixed identity and embrace of humour and failure. 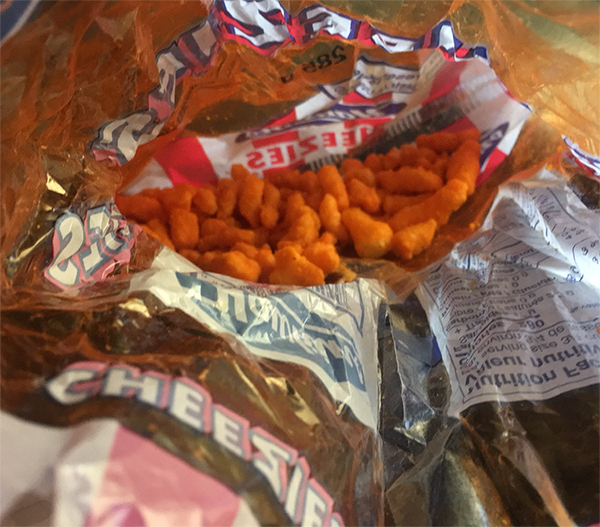 It is possible they glow in the dark, but these Canadian cheddar corn snacks resemble bits of home. My mom first dished them out when I was a kid, and now my brother and I leave full, open bags for each other as a nice-prank. I had to stop buying them; I’m too in love. 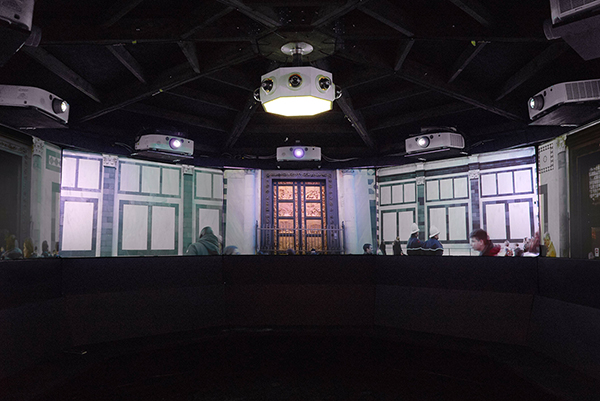 My favorite source of inspiration, particularly for producing artwork that responds to our era of rapid technological innovation and changing viewing/artistic practices, has been the artwork and theories of expanded cinema practitioners. Whether it be from the mid-sixties, such as Movie-Drome from Stan VanDerBeek, who coined the term; precursors of the movement such as seen in travelling cinema or optical toys; or artists who work in the aftermath of the movement such as Rosa Barba – I continue to be engrossed by the possible interventions of the moving image.