Kosisochukwu Nnebe is a Nigerian-Canadian visual artist and curator. An economist by training and a policy analyst by profession, her visual arts practice aims to engage viewers on issues both personal and structural in ways that bring awareness to their own complicity. Her work has been exhibited at AXENEO7, the Montreal Museum of Fine Arts, Place des Arts, the Art Gallery of Guelph, the Nia Centre, Studio Sixty Six, Z-Art Space, Station 16, and the Mohr Gallery in Mountain View, California. She has given presentations on her artistic practice and research at universities across Quebec, including Laval, McGill and Concordia, and has facilitated workshops at the National Gallery of Canada, the Ottawa Art Gallery, and Redwood City High School in California. She is also part of the group exhibition Made of Honey, Gold, and Marigold currently on display at The Robert McLaughlin Gallery in Oshawa. 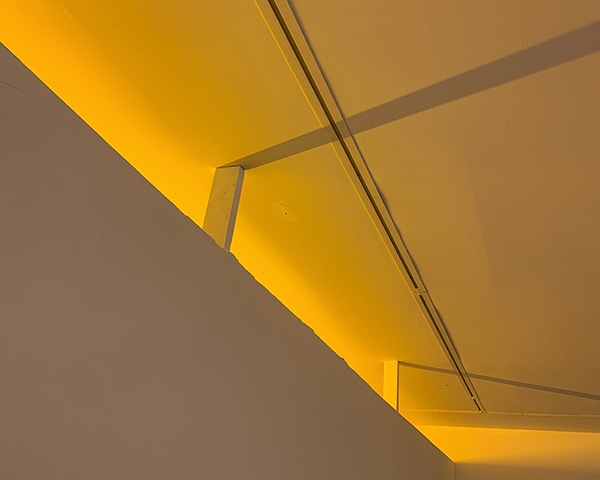 When I was younger, I would stay up late watching the long shadows created by the tree branches outside my window move languorously across the walls of my darkened room. I would place a vase of flowers near my window so that in the mornings I would be greeted by the slow bloom of a different kind of shadow – the lithe silhouette of flowers plucked from the parking lot behind our apartment – on those same walls. I’d look down at my body and trace the golden glow of the sun on my skin, feeling its warmth as a gentle caress.

When my burnout first began in the fall of 2018, I lost my ability to speak articulately. Words would cramp up in my mouth before spilling from my lips in awkward and broken sentences. The week after I left a job I loved (I could no longer function within that environment), my colleagues gifted me with a framed “word cloud” full of words they thought best represented me. In the middle was the word “articulate.” When I came home, I hid it behind a giant pile of books on my bookshelf, afraid to face yet another reminder of all that I had lost.

“I have confronted silence, inarticulateness. When I say then that these words emerge from suffering, I refer to that personal struggle to name that location from which I come to voice.”

Reading these words by bell hooks, something in me shatters and slowly begins to piece itself together again, taking on a new and foreign shape. Rather than an ending, this forced silence, these broken words become the first steps towards something still emerging within myself, a new language that will “move beyond the boundaries of domination — a language that will not bind [me], fence [me] in, or hold [me.]”

Kosisochuwku Nnebe, I want you to know that I am hiding something from you / since what I might be is uncontainable, 2019

My uncle visited from Nigeria recently. I spoke to him about what I had learned of Indigenous world views from Turtle island through my work engaging with First Nations and Inuit communities. He told me about a river in our hometown Nibo in Igboland (Nigeria) that no one dared fish from. To do so would be taboo as the river was known to belong to the gods. He leaned in, as though to tell me a secret, and revealed that this too was a form of Indigenous knowledge: the fish were a sentinel that would have alerted our ancestors of pollutants in the river. 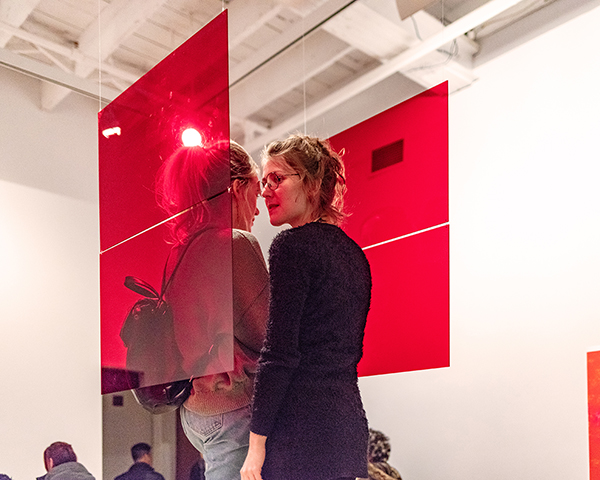 Kosisochuwku Nnebe, I want you to know that I am hiding something from you / since what I might be is uncontainable, 2019

Maybe it comes from being an awkward black girlTM. The sense of never fully feeling comfortable in certain spaces, in one’s own body. Of being overly conscious of your bodily motions. Maybe it’s the knowledge that toying too much with my large tote bag while walking through a Shoppers Drug Mart will once again lead to accusations of theft.

Regardless, there is a deep hesitation – a kind of “tâtonnement”  or groping – in the way in which I navigate this world. But there is power there too. A sensitivity that develops that enables one to grasp nuances and to explore otherwise possibilities. As I’m learning, “hesitation does not only delay, it also opens onto elaboration and becoming otherwise. Since all is not given, what happens in the interval is becoming.” 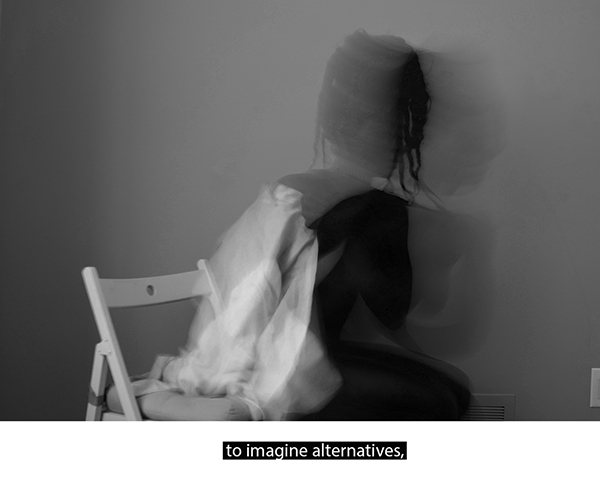 I’ve always enjoyed my solitude, but. as of late, I’ve struggled to find moments for myself. I’m hoping to spend more time alone, to read more, to dream more, to imagine alternatives for myself and those I care about.