Canada’s injustices towards Indigenous peoples are nothing new. However, some of the sorry pasts in this nation’s history that get little air time – or rather get avoided – are those that regard the Métis population. When what we now know as “Canada” acquired the land that became the Prairie provinces from the Hudson’s Bay Company, it did so with a promise that was worked into the Constitution. It pledged to deal with the claims of Indigenous people in that territory. There were two peoples at the time: First Nations and Métis. First Nations got treaties and Metis got scrips – an individualized voucher of sorts that served as entitlement to land. This was a deceptively benevolent system that quickly proved disorganized and opaque at best. In a lot of instances, the allotted land was determined by the federal government, which meant most of it was never near the Métis people or where they wanted to live. Some were left dispossessed through this process and had to live off road allowances. Through these unscrupulous dealings the federal government got away with not following through with what they promised. They continued to deny and use avoidance tactics with every resistance the Métis people brought forward. This lasted for the next 150 plus years before any recognition of wrongdoing by the Supreme Court. 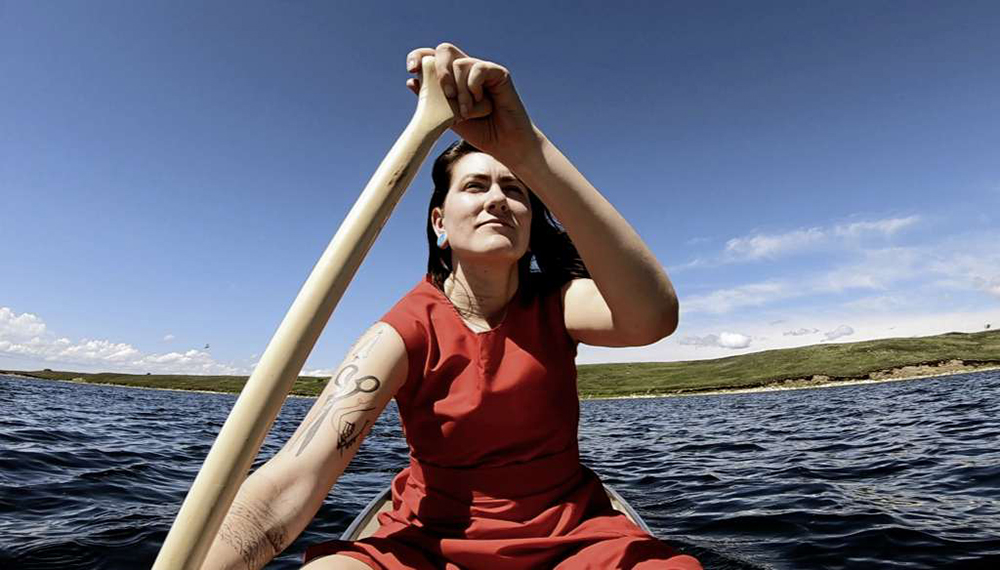 Such narratives that remain invisible to the public conscious run parallel to Katherine Boyer’s introspective solo exhibition Water Meets Body, currently on display at Gallery 1C03. Boyer, whose family history is adversely wrapped up in this reverberated mess, offers a collection of works that take on the full-time job of re-learning and protecting fading traditions as well as intimately connecting to the past. As much as it is entangled with an autobiographical through-line, her work propels itself beyond that. Her exhibition is steeped in feeling as well as responsibility, suffused with poetics as well as the political, and she melds these divisions seamlessly together.

Beadwork works, textile works, sculpture, and a video projection are all nestled within a diaristic perspective that is like seeing the artist take a tactile and pensive journey to processing the immense breaches her ancestors had to endure. This is readily apparent in the dual video installation A Valley in Twain. On one screen we see the artist in a performative act of paddling across an artificial lake. Opposite it, we see shots of the Rafferty Dam in southeastern Saskatchewan where Boyer’s family land once was. On one hand, it serves as an elegiac video for her ancestors who were uprooted from their settlement. On the other, it is the artist coming to terms with the past and defiantly holding on with graceful restraint. She seems contemplative, maybe even placid, as she paddles forward and, at one point, floats her body on the water. It is as though the knowledge of her forebears affirms and empowers her through that moment. And you just know she’ll continue to outlast any past atrocities.

The domestic scene, meticulous beading, and textile works in the middle of the gallery and on the walls also go the distance to refract a multivalent potential for being one’s own self-advocate – where self relates to a culture, a history, a family, and a broader collective. 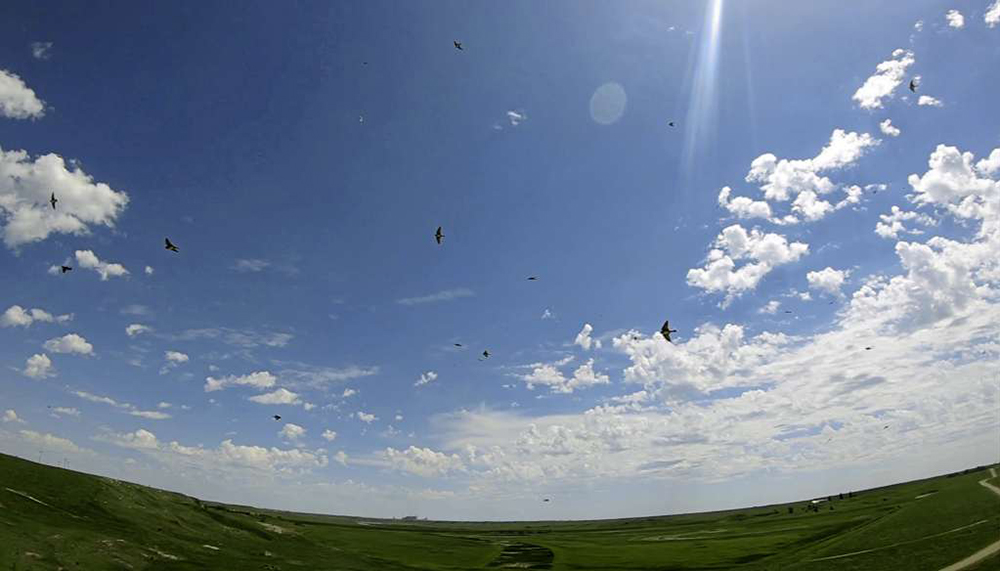 To be optimistic is to have endured and survived to tell a story about it. A Métis Elder once counseled Boyer, who is unable to access ancestral knowledge that was never passed down to her, to start her own, which she can pass on to the next generation. This is easier said than done, but more than mere aspiration, for Boyer it is an undeniable responsibility to continually defy the odds – even if it takes waking up every morning at five to bead for three hours before starting her day.