Intervals, a digital image commission by Mercer Union, invited thirteen artists to share their experiences of temporality “through its disruption” in the space of time between mid-May and the end of August. Participants were to think about the in-between spaces “before, during, and after,” including that which might interrupt an artistic practice. Though it’s unclear whether they were to respond specifically to COVID-19 and our urgent political present, this seems inescapable. As an artist living in the pandemic, I’m simultaneously hesitant to explore these commissions – exhausted by the idea of being reminded of how productive I am not being – while also feeling implicated and asked to consider my own motivations (and privilege) as well as those of the people around me. Being free to share what exists outside and/or alongside an otherwise all-consuming capitalist ideology of artistic output can be both a privilege – as it is something that isn’t always available or safe to do in public – and, in whatever form it takes, a necessity. 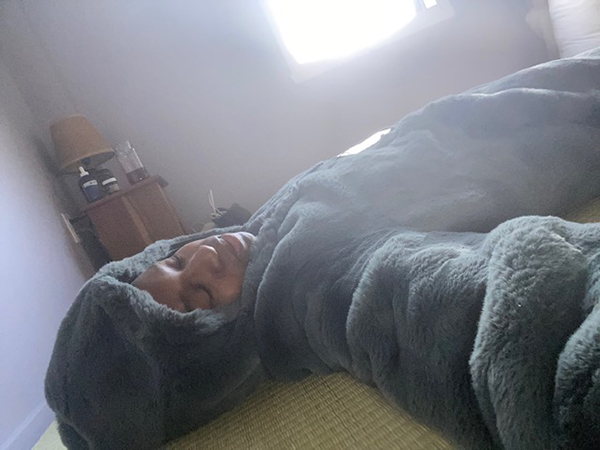 Inevitably, many of the commission’s submissions model what it might look like to stay focused and productive during a pandemic, while also speaking to those who may need to cope with uncertainty through projects and deadlines. More often, the artists intentionally or unintentionally defuse the performance of productivity with honesty and a generosity of sharing personal experiences. Overwhelmingly, the artists (with the exception of Rouzbeh Akhbari, Amy Wong, and Shellie Zhang, whose submissions were not yet available during the writing of this review) respond in ways that had me slow down and reconsider the assumptions I have about what it might mean to produce and share in this present moment.

Many of the artists responded through a kind of counter-language or logic of material, particularly its ability to speak across time and space, or show up in familial traces. Maggie Groat’s collection of found objects “from walks with kids,” nature studies, accidental sculptures, a great-grandmother’s Matisse-inspired needlepoint, drawings by kids, and a simultaneous practice with German and Skarú:rę languages are intimate and dryly funny. My favorite, “being on the internet,” even if unintended, pokes fun at the ingrained verbosity of making such long lists. 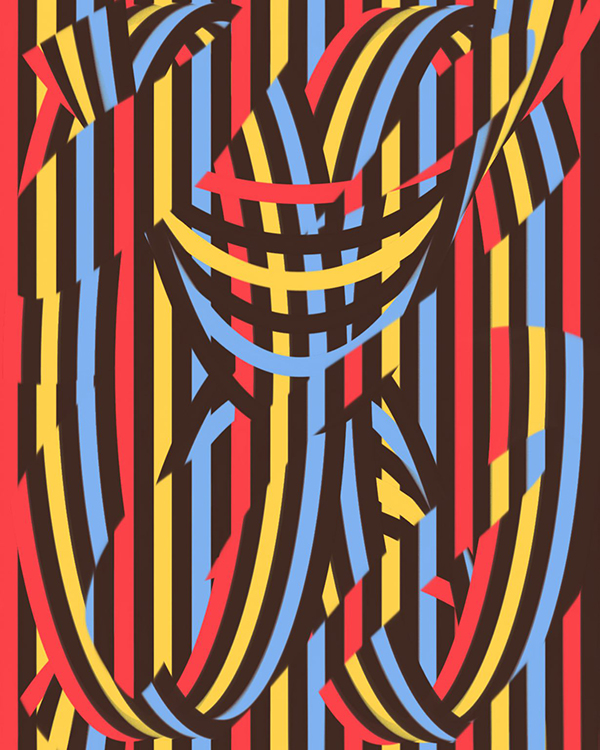 The sharing of material research is echoed in the submissions of Hazel Meyer, Erica Stocking, Anne Low, and Karen Kraven, interrupted by slapstick close-ups (a flatulent, squeezed bottle of sanitizer, and a tale of marble and birch, culminating in birch-marble rubbery puppet skin tests by Meyer; similar bodily associations in shadows, legs, toes, feet, socks, shoes, and soles/souls by Stocking), mimicry and recombinations (Stocking imitating her cat, Low painting cotton and wood patterns “which feels like the opposite of weaving,” Kraven’s combining found fabrics with found sewing techniques), and ruminations on time, un-work, and the body as permeable and plural.

Francisco-Fernando Granados shares explorations of “minor” abstractions in bright patterns where interior and exterior coexist, while in drawings, the act of tracing in pencil and shadow brings two forms of durational phenomena into temporary alignment.

Messages of staying productive, positive, and practicing self-care permeate, for better or worse, in most pandemic-related online content. Jeneen Frei Njootli responds directly in brief, abstract videos with titles like SHAME CHEER, FEELS LIKE NOTHING, and REALLY GOOD TIME, wherein blurry tones, shapes, and textures speak in distorted, muffled voices. The videos are startling and visceral; the smallest movement or change is heavy with inflection, articulating their all-caps, exclamation-like titles.

Accompanied by personal photos, Dana Michel contributes poetic, stream-of-consciousness writing about the pressures of moving to a new home, finding creative motivation, and encountering accidental messages and moments of relief, meaning, and joy.

In a seven-minute video, Aaron Jones uses digital collage to allow two realities to coexist, simultaneously standing in the center and behind the screen. As he runs and walks across various wooded areas, his double picks up a tall, thin staff, and slowly turns and lowers it in a circle, as if measuring a circumference or invisible field of energy. Watching the video with its soothing, natural sound effects, my own space and that of the video’s shift together, slow down, and completely transform. 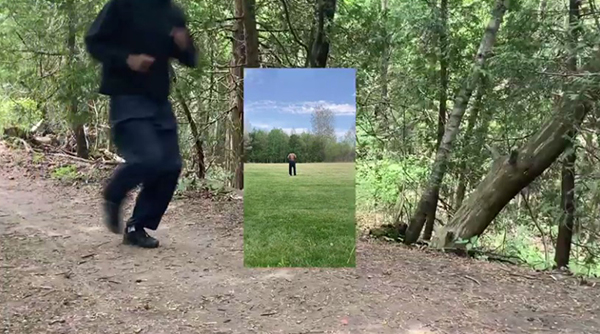 Of the many pandemic-related reflections of artists published online, I’m reminded of how, in opposition to the surrounding culture’s messages of productivity, most artists describe a certain stasis, a forced or voluntary stoppage of work and end-goal creativity, an exhaustive and urgent focus on pressures and inequities on a larger scale, and the flooding of bodily, psychological, and emotional needs on a smaller scale. The words “before, during, and after” may be part of the vocabulary of existing in a pandemic, and are now filled with much darker meaning. But this assumes that what is happening did not exist before, including the daily conditions that can interrupt an artistic practice. Intervals reminds me to rethink what it means to be an artist right now, and the ways in which daily tangible, material forms and temporalities can show us that, counter to messages of what we should be or what we should be doing, the contradictory, complex forms of what we are now can help us get through.