Working through an intersectional feminist and postcolonial framework, Gillian Dykeman seeks to empower her audiences through playful and critical engagement with visual culture. Her work spans mediums and disciplines such as performance, video, sound, installation, and art criticism. She has a Masters in Visual Culture from the University of Toronto, and a Bachelor of Fine Arts from NSCAD. Dykeman is an instructor in Foundation Visual Arts and Advanced Studio Practice at the New Brunswick College of Craft and Design. Her work has been exhibited and screened in galleries, exercise studios, a rare book library, and a geodesic dome. She will be performing Revolution Revolution on March 29, 30, and 31 as part of the Blackwood Gallery’s public program series The Society for the Diffusion of Useful Knowledge. 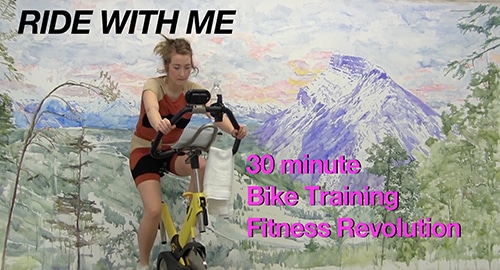 I’m really preoccupied with contemporary forms of visual culture. YouTube can’t be ignored. The statistics of YouTube viewership and uploads are astounding. It is a dominant form of visual culture ripe for artistic intervention and full of latent radical potential. Good and bad – we should be paying attention to what is happening there. What would Walter Benjamin have to say? What does it mean when engagement with visual culture happens in the palm of your hand?

Soon 50% of the workforce will consist of precarious workers – those with temporary contract work, several low-wage jobs, sessional professors, and self-employed workers. This kind of work happens outside of the social protections put in place for full-time, permanent workers. Lacking a cohesive political voice or class identity, this portion of the workforce is largely ignored by politicians and policy. They haven’t organized the way traditional labour movements have. It all sounds rather bleak, but nonetheless there is a huge opportunity here. If the Precariat can see its way to becoming self-organized, to build solidarity, and to direct its energies towards social, economic, and environmental justice (as outlined in the Green New Deal), everything could change rapidly. Given its sheer numbers, if it wanted to and got organized, the Precariat could control the vote. 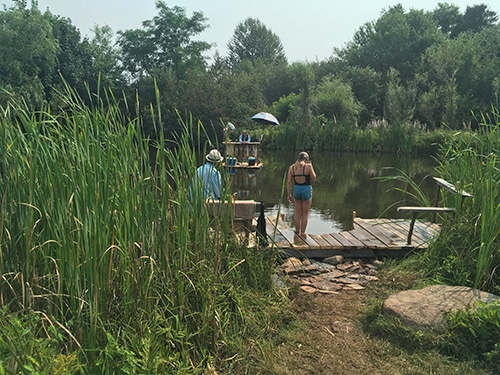 Red Clay Art Farm is a CSA, a land co-op, and an artist-run society which hosts the White Rabbit Open Air residency and festival, open-format self-directed residencies, drawing retreats, and a dozen or so workshops annually on subjects like micro-forestry, sound art, and creative dreaming. It is in rural Nova Scotia at the top of the Bay of Fundy (home to the HIGHEST TIDES IN THE WORLD) and close to sweetly magical Sackville, NB. It’s dreamy and glorious. Think back-to-the-land fantasy meets co-managed reality with a healthy dose of contemporary political sensitivities like the “consent and safety zone” included in the festival. Do this residency and bask in high-tide full moon magic. You might fall in love a little.

Who would I be without Ursula K. Le Guin? I owe a great debt to her, Octavia Butler, Naomi Mitchison, and the feminist scholars who are part of my constellation of sci-fi/OOO heroes such as Donna Haraway, Karen Barad, and Timothy Morton. If you like them, you might love Kim Stanley Robinson’s Aurora, which does a lot to challenge the “Planet B”/Capitalism in Space fantasies put forth by billionaires. My debt to Le Guin comes through in my work about Earthworks and Decolonization, as it will again in my new work about silviculture (WEIRD WOODS). 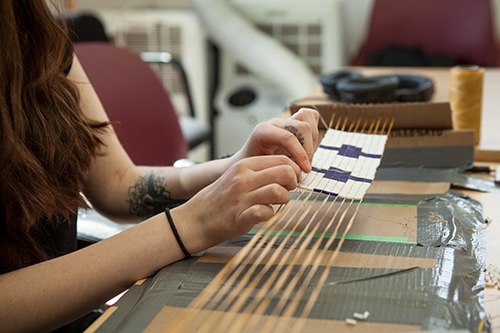 Truly one of the last art colleges, NBCCD is a technical school for craft and design in Fredericton. I teach there, and there is something just awesome about knowing that while tuition is low, students still work in fantastic facilities with a great faculty. It’s a bit of a hidden gem and a very special place. New Brunswick is pretty culturally conservative, so enclaves like this one carry special importance in shifting public perception of what art can be and who it is for. The cost of living here is relatively low, so there are artists scattered up and down the Wolastoq (Saint John) River enjoying decent lives and making incredible work – most of whom trained at the college. Quality arts education should be accessible.