Writing art reviews from self-isolation is no joke. When I went last Friday to The Morris and Helen Belkin Art Gallery at UBC to view David Wojnarowicz: Photography and Film 1978-1992, I was already in a state of agitation and alertness. This exhibition of the late American artist’s photographic and filmic practice functions as a kind of personal documentation of his later life as he lived with and died of AIDS, passing away in 1992. Given the nature of its content, the show did little to lift me out of my anxiety; yet, as news of the COVID-19 virus was escalating, it seemed like an apt subject for my review. 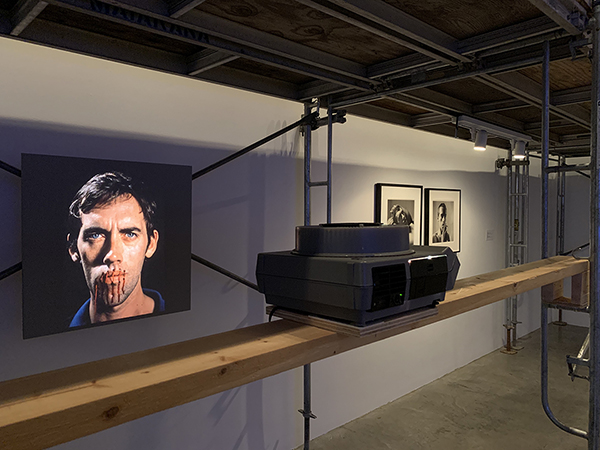 I have a friend on social media who, like Wojnarowicz, was a prominent member in ACT UP (AIDS Coalition to Unleash Power) in the eighties and nineties, and his dispatches from New York City have become increasingly comparative to the AIDS epidemic. While it is clear that the two conditions are not the same, having lived through the massive loss of almost all his peers in this time, my friend’s point was salient: living through disaster rearranges who you are, but you surprise yourself at what you can endure. With this idea in my mind as I walked the gallery – for the last time in at least a while – I asked myself how to view the oeuvre of an artist whose work was so profoundly motivated by AIDS in our present times of precarity. 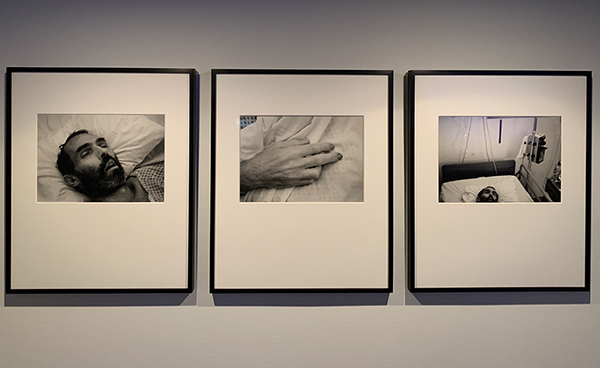 The work on view encompasses photographs, test prints, silkscreens, 16mm and Super 8 films made by the artist and his collaborators. Wojnarowicz remains at the centre of most of these works, and his visual presence at every turn is a staggering reminder of the surety of his absence. In Andreas Sterzing’s Portraits of David (1983-89), several 35mm slides of the artist cycle through projections. It is beautiful and haunting to look at these lit portraits through this older model for viewing, and it is no less startling to face Wojnarowicz’s forward stare, so significant is his deep awareness of his own capture. In films such as When I Put my Hands on Your Body (1989), made in collaboration with the filmmaker Marion Scemama, he makes love to another male body, and is unwavering and self-assured in his actions, speaking to the persistence of desire in the face of AIDS.

Much AIDS art that emerged during Ronald Reagan’s culture wars, such as that from Félix González-Torres or Ross Bleckner, elided the subject of the illness in a specific and purposeful way. Moratoriums on speech acts and artistic expression in the eighties and nineties meant that conversations about AIDS in art were often carried inside the things not said, such as the empty bedside cavity in González-Torres’ Untitled (billboard of an empty bed) (1991). In contrast, Wojnarowicz’s filmic confrontations do not comply with this silence. Instead, he unapologetically documents the death of his mentor and lover Peter Hujar in photo, video, and print. In Peter Hujar diagnosis letter, January 8, 1987, Hujar’s life-threatening state is summarized by his doctor, but the letter offers little medical help. Such works are jarring to look at and read, blatant in their message, and, even in this time, remain an incredibly rare perspective on the totalizing effect of AIDS.

I left the exhibition sad. There are not many lessons to be learned except an incredibly obvious and difficult one: not everyone gets to survive. The plainness of this message burns at the centre of Wojnarowicz’s art and activism – a virus is not simple, nor is it ever sublime.