Dallas Flett-Wapash (Ininew and Saulteaux, of Keeseekoose First Nation, Saskatchewan) is an independent video game designer who works outside of the team workflow and industry models most commonly used in the milieu. His developing body of work is a digital rebuilding of his ongoing artistic examination of the Ininew world view – including cosmology, culture, and language – using retro video game aesthetics.
Taylor McArthur (Nakota of Pheasant Rump Nakota First Nation, Saskatchewan) is a digital artist who works at the intersection of 3D animation, video game design, and video. Her developing body of work is evocative of Indigenous Futurisms and seeks to situate her Indigenous culture within both the modern and a potential future vision.
Their online exhibition !In.Site; will be on display through the Art Gallery of Southwestern Manitoba from June 18 to July 18. 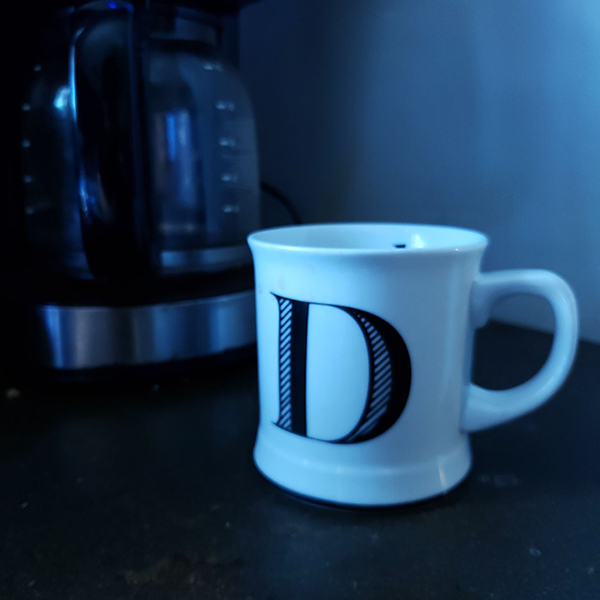 The past month has been far busier than the pandemic led me to expect. Coffee has been a powerful source of inspiration, enabling me to work when I’d rather press snooze on my alarm clock. (DFW) 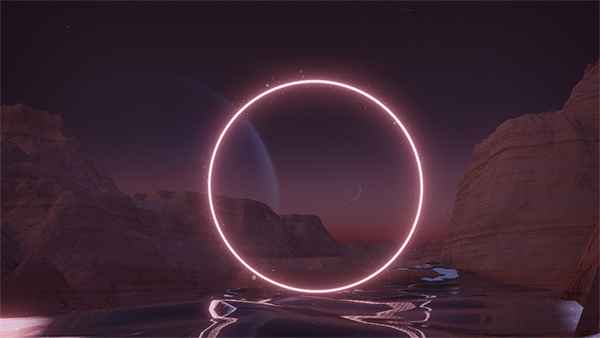 This past year, while exploring how to use different 3D software programs, I came across Blender. I’m drawn to natural landscapes and often admire the lighting. I’ve been experimenting in creating 3D landscape illustrations incorporating different styles of lighting. (TM) 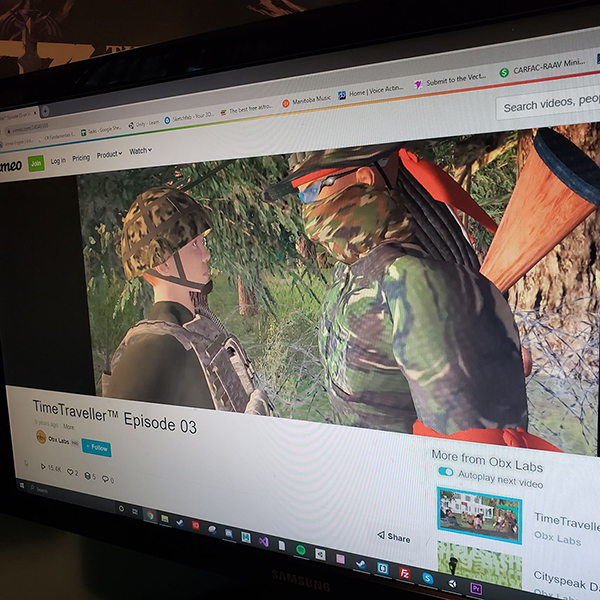 Being inside and on the computer much more than before, I’ve been able to slowly add more content from Indigenous creators and artists into my daily media diet. I’ve been enjoying Skawennati’s Time Traveller series. Its witty writing proves a great outlet to vent societal frustrations. (DFW) 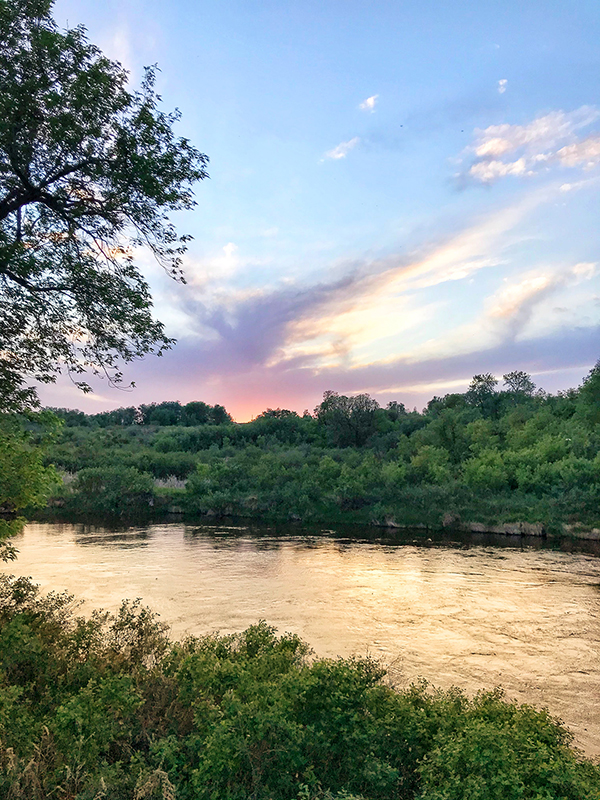 I’ve found that spending time outside with my camera allows me to recharge my creative battery. A lot of the digital art I create is based on studying environments around me. I draw a lot of inspiration from the outdoors. You’ll often find me quietly taking in the views near lakes or rivers. (TM) 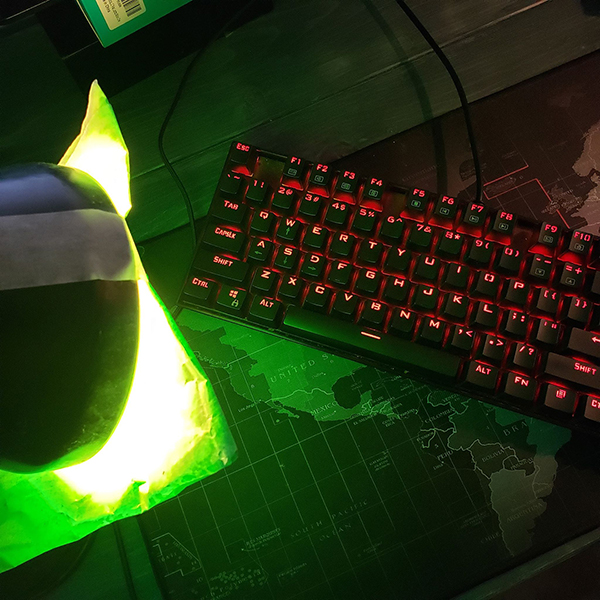 I’ve wanted to spruce up my bedroom’s aesthetic, given how much I work in it these days. A big factor in that look is lighting, so I’ve been drawing on wax paper with safe oil pastels to breathe some unique color palettes into my room. (DFW) 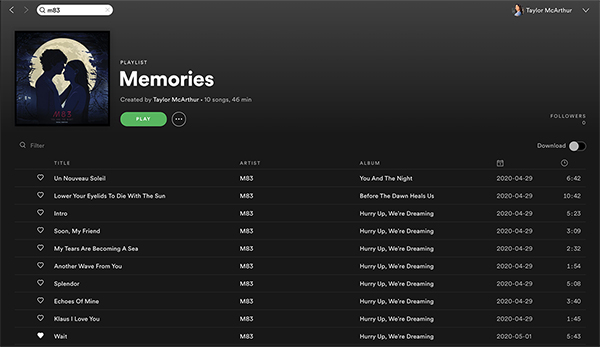 I’m listening to music way more than I am watching TV. Lately, I’ve been into a lot of synthpop, dream pop, and electronic music. M83 has been a big focus for me. His music can often match whatever mood I am in, whether it’s working at home or going out for an evening walk. (TM) 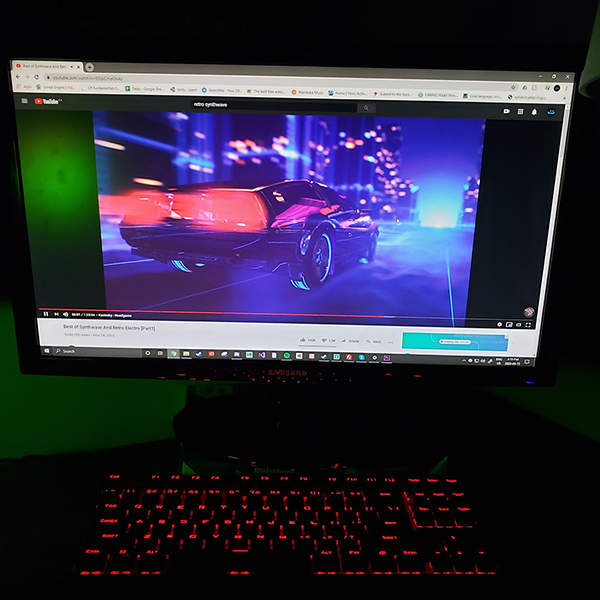 Working in technology feels dang cool when listening to retro synthwave, a genre of music that feels as if it belongs both in the future and the past. The constant, groovy basslines help alleviate the monotony of solving bugs in my code, and makes the act feel much more daring than it actually is. (DFW) 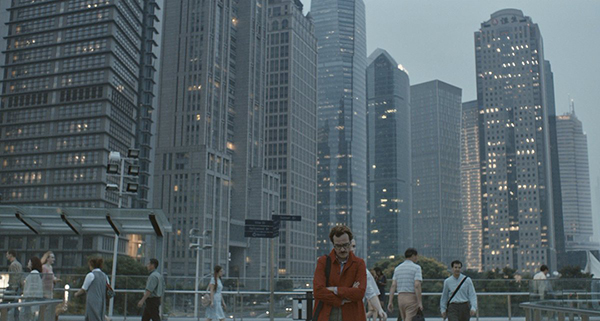 Each time I’ve watched Spike Jonze’s film Her, I picked up on more things. I noticed Theodore is always wearing the colour red; meanwhile, everyone else is often shown wearing muted colours. Red is often associated with passion. The isolation that he experiences throughout the film as he lives vicariously through his job made me cry. So many of us are disconnecting with people in modern society and are relying more on technology. (TM) 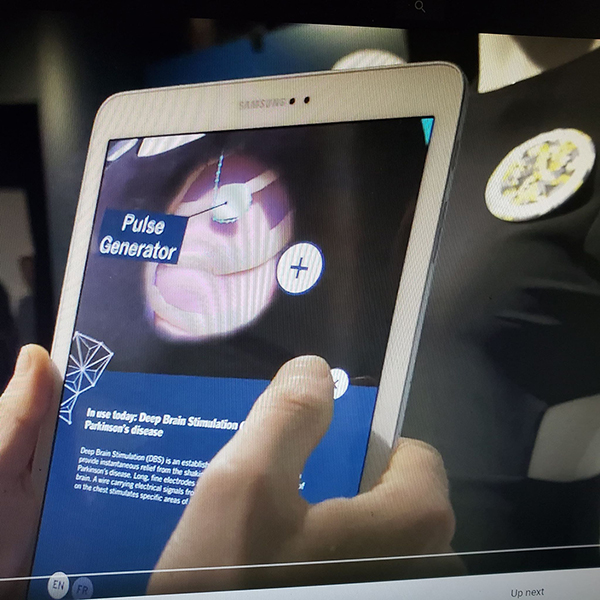 Viewing digital augmentations imposed on reality is fascinating. Where it really hooks me though is when those augmentations can be interacted with. Not just with the screen, but with full body motions. I feel as if there are exciting experiments and contexts that can arise from this medium that haven’t been explored yet. (DFW) 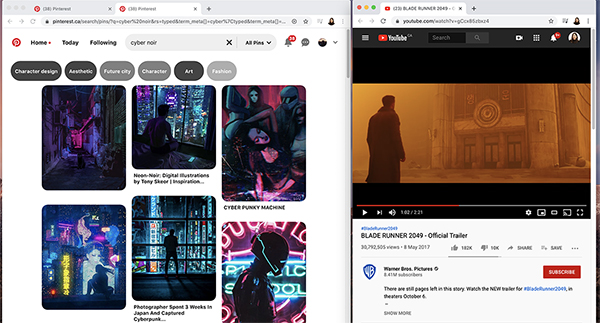 Blade Runner 2049 was one that stood out to me. I loved the cinematography and musical score. I’ve spent some time researching why it intrigues me: the stylized lighting and bold use of neon lights. I love how lighting plays a big part in a film, art, and physical spaces. (TM)