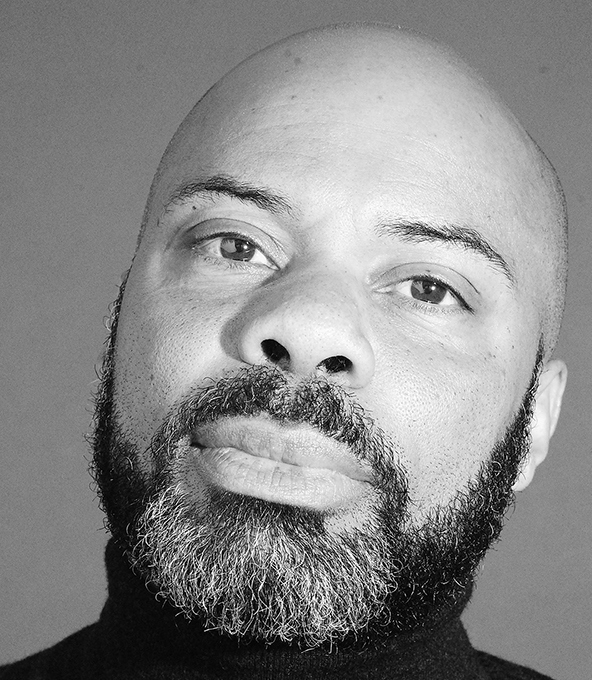 Courtnay McFarlane is a Jamaican-born visual artist, curator and poet whose literary work has been published in African-Canadian and Queer anthologies. A long-time activist in Black LGBTQ communities he was a founding member of a number of groups that were forerunners in providing voice and visibility to Black LGBTQ issues. In 2018 he created Legacies in Motion: Black Queer Archival Projects and curated its first exhibition See We Yah! in April 2019. The exhibition unearthed and celebrated the political and cultural activism of Black LGBTQ communities in Toronto. See We Yah! was exhibited at BAND Gallery as part of Myseum’s Intersections Festival and later remounted at the ArQuives. His most recent curatorial project is TD’s Black History Month exhibition Joints + Junctions: PRESENTing Hogan’s Alley by Andrea Fatona and Cornelia Wyngaarden. Hosted by BAND Gallery and Legacies in Motion, the online screening takes place on Saturday, February 20. 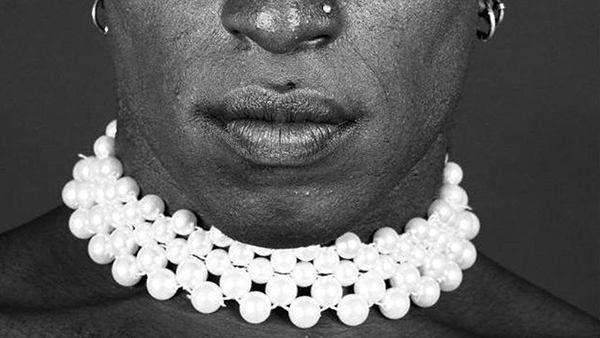 Ajamu: Archive is the latest project by my mentor and good friend Ajamu Ikwe-Tyehimba, the Black British queer photographer, scholar, archive curator, and radical sex activist. It was Ajamu who launched me into the world of Black queer archiving, inspiring my first archival exhibition and advising on all my projects since. I think of him as the title-whisperer because he is brilliant in coming up with them. Ajamu is all about transnational dialogues and my regular Face-time/FB Messenger early Sunday morning chats with him have kept me inspired and motivated creatively over the pandemic. 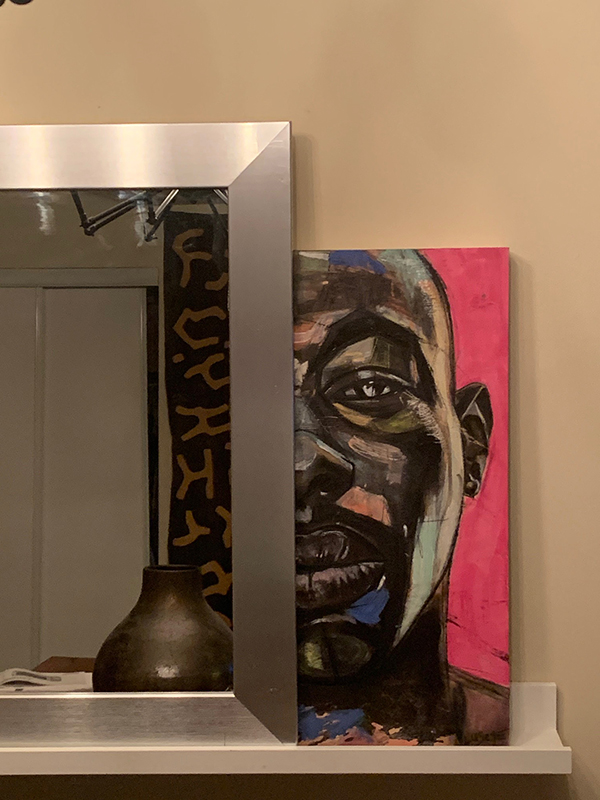 Painting behind mirror: Oluseye, Khalif, 2016; textile piece is my work

In the absence of galleries one can physically attend during the lockdown, my home gallery, which consists of some well-placed picture ledges and rotating works from local Toronto artists, has served me well. I love juxtaposing disparate pieces of art, and mixing art and decorative objects. No holes for hanging or long-term commitment necessary, and playfulness encouraged. 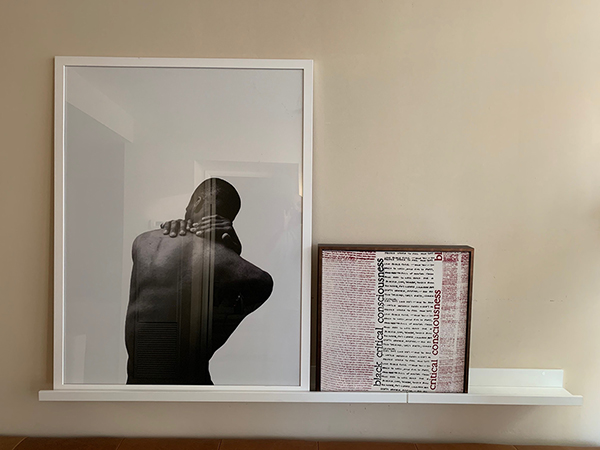 Lately I’ve found it challenging to maintain focus and attention long enough to read novels. I’m not sure if it’s the impact of too much social media consumption or more COVID-itis, but my once favourite pastime now requires some serious discipline. I’ve recently committed to reading the debut novel by an author whose social justice and pop-cultural pieces I used to devour on his social media Son of Baldwin site. The novel tells the tale of the “union between two enslaved men on a Deep South plantation.” My goal is to finish it in time for the author’s talk with OISE/U of T Professor and Black Gay Men’s Network Steering Committee Member Dr. Lance T McCready on February 26th organized by A Different Booklist. 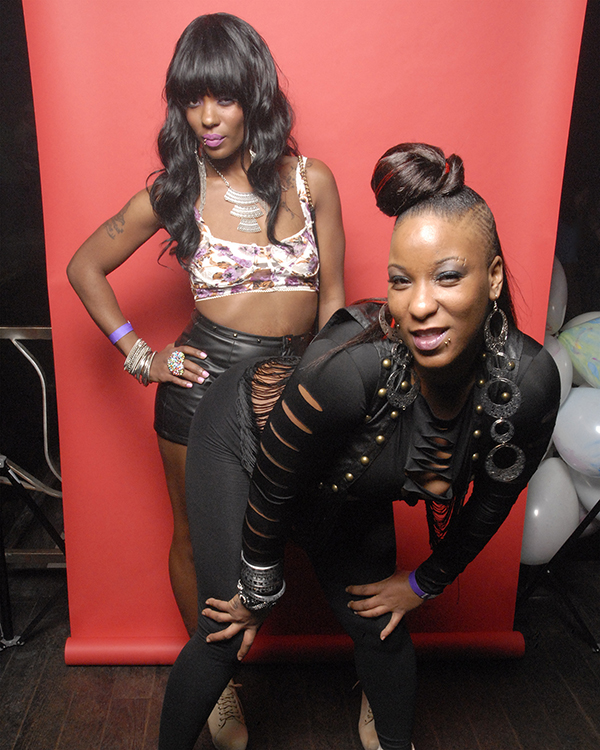 I want to big up the work of photographer Rose-Ann Marie Bailey-Thomas who has been documenting this scene for over a decade through her photo-booth styled images that capture the fierceness of the dancers and their strong bonds of kinship and community. The online exhibition is part of the Joints + Junctions show at BAND Gallery and sale of the images support the work of the Black Coalition for AIDS Prevention.

For those times when sleep won’t come:
The Read
Writers & Company
The Institute of Black Imagination
Code Switch
Questlove Supreme
Q
HIM