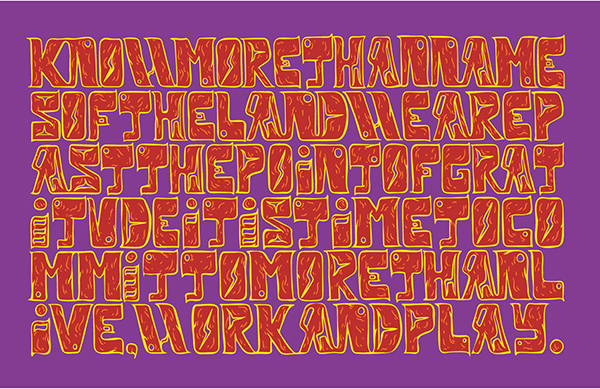 Whess Harman, the lowest bar, 2021, text on vinyl banner (courtesy of the artist)

I characterize this year in local art by the overwhelming drive to “do better.” If we learned the phrase “systemic racism” in 2020, then in 2021 there were multiple efforts to repair structural inequities or, at least, to lay them bare. Many of the larger institutions had massive shows packed full of artists of colour. The Vancouver Art Gallery hosted Disorientations and Echo (on until January 3) co-curated by Phanuel Antwi, Jeneen Frei Njootli, Jenn Jackson, Christian Vistan, and Grant Arnold. This exhibition featured more than thirty regionally based artists – including Patrick Cruz, Whess Harman, and Marika St. Rose Yeo – and addressed wide reaching themes of futurity, racial violence, and cultural resilience. It was a big show with a lot of artists, each making work of such unique and sensitive natures. I had the sense the curatorial collective was trying to answer too many questions in too short of time, in too small a space, and I wanted for a more expansive approach that allowed for greater contemplation of these serious cultural works. 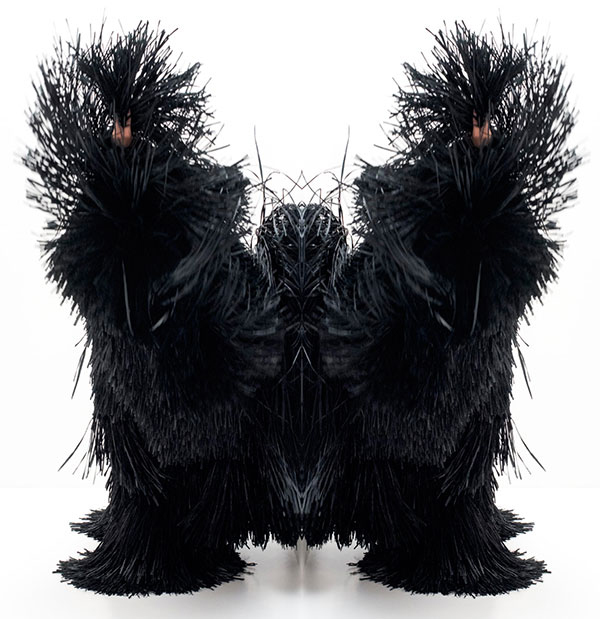 In the same breath, The Polygon quietly promoted Justin Ramsey to curator and his first exhibition Interior Infinite was an exciting reflection on the fragile construction of identity, gender, and race bringing in massive international talent from artists such as Zanele Muholi and Nick Cave. Ramsey took inspiration from literary theorist Mikhail Bhaktin’s concept of the carnival, a celebration of reversal where the roles of sovereign and peasant are switched for a day. I loved this show too, but again my question is how to make the effects of the carnival last longer than a day, longer than this show?

On January 2, 2022, in response to a host of criticism, The Royal BC Museum will close its third floor, including their longstanding exhibit of Coast Salish artifacts, a model colonialist village, and massive explorer ship. I grew up in Victoria and have fond childhood memories of these exhibits, especially the old town and the ship, but all the lessons of colonialism I learned were in celebration of the effects of conquest. Touring the museum last week with my ten-year old, I saw the exhibit with new eyes and felt the harmful twinge that my father, an immigrant from Hong Kong, must have felt when he walked through the shady model Chinatown with its perceived collection of “oddities” for sale, and I felt sick at the uncontextualized screening of the 1914 Edward Curtis documentary In the Land of Head Hunters, filmed to record First Nations’ culture before it died. Whatever replaces these exhibits better be good – not simply because they are so beloved by the town, but because it’s clear that the institution has far too much work to do. I hope they don’t try to do it all at once.

Yani Kong is SSHRC Doctoral Fellow of Contemporary Art at the School for the Contemporary Arts (SCA), Simon Fraser University. She is a recipient of the Living Labs Grant, exploring sustainable practices in streaming media in online teaching and learning in addition to developing research in reception aesthetics in contemporary art. She is an instructor of art history and cultural theory at Langara College, managing editor of the Comparative Media Arts Journal, and a contributing writer, editor and critic for several Canadian publications including Akimbo.ca, Galleries West, and Public Parking.