It’s been just over twelve months since I arrived in the rural Nova Scotia town that I am grateful to call home. Much of my first year has been marked predictably by the pandemic with travel being restricted across the Atlantic region. As I enter my second year here I am slowly learning about the local art scene. I was fortunate to attend Art in the Open, PEI’s all night art festival as well as Nocturne in Halifax. Both offered a dazzling jump into what artists across the region are creating. I was able to experience Cloud Collection by Diane Borsato, organized by the Owens Art Gallery in New Brunswick, via my mailbox. The artist book is a meditation on clouds found throughout the artworks in the gallery’s permanent collection. I lament having been unable to visit ITHA: The Livingroom by Ursula Johnson at The Blue Building gallery in Halifax, the group exhibition these are our monuments also at the Owens Art Gallery, Shary Boyle’s Outside the Palace of Me at the Rooms in St. John’s as well as the Bonavista Biennale this past summer. 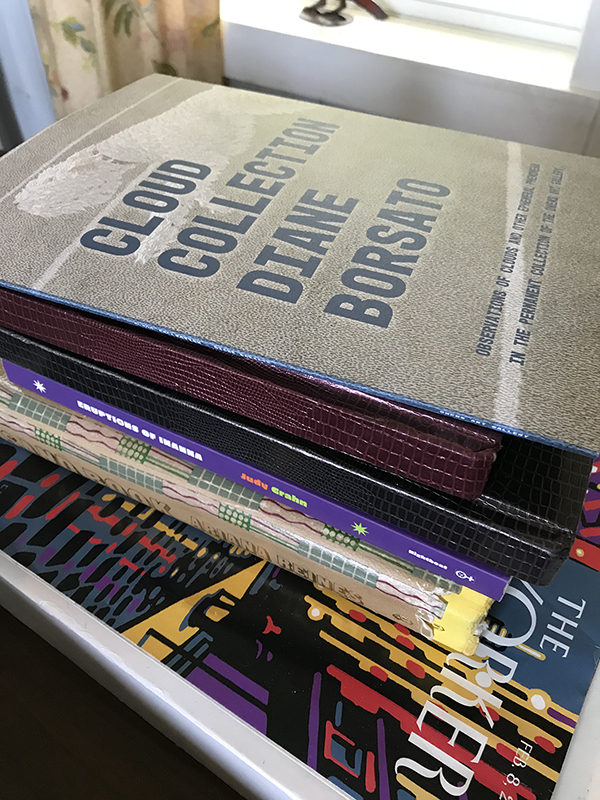 The beginning of fall was marked by one particularly delightful and unexpected experience. In September I visited Crombie House in Pictou County about two hours northeast of Halifax. The one time home of Frank and Irene Sobey is now dedicated to displaying the Sobey Art Foundation’s private collection of Early Canadian and historical Canadian art. The collection, installed throughout the house-cum-conference centre, includes work by iconic artists such as Tom Thompson, Frank Carmichael, Lawren Harris, Arthur Lismer and Emily Carr, to name a few. Located in the quiet rural town of Abercrombie along the shore of Boat Harbour the experience offers a view of traditional masters of Canadian art.

It was not the historical works that really excited me about my visit to Crombie House. While standing at the foot of a grand arching stairway, I caught a glimpse of a painting. I could see two faces, expressions of fear, horror, agony spread across their eyes and mouths. The faces belonged to two Indigenous women and water protectors at Standing Rock. Three police officers in full riot gear brandishing assault rifles surround the crouching women. One has his rifle raised threateningly, poised with violence above his head. The fear is palpable, the disgust visceral even, witnessing this glaring and abject representation of colonial power and genocide in action from a distance in time and space. The painting I was looking at is They Are Warriors by Kent Monkman. At the top of the stairs were three more works – studies for Miss Chief’s Wet Dream now on permanent display at the Art Gallery of Nova Scotia, Expelling the Vices, and The Scream. The four artworks together crystallize Monkman’s vision across his oeuvre, presenting both the artist’s interest in creating mythically inspired scenarios upending Canadian history as well as depictions of real violence being perpetrated against the Indigenous population. 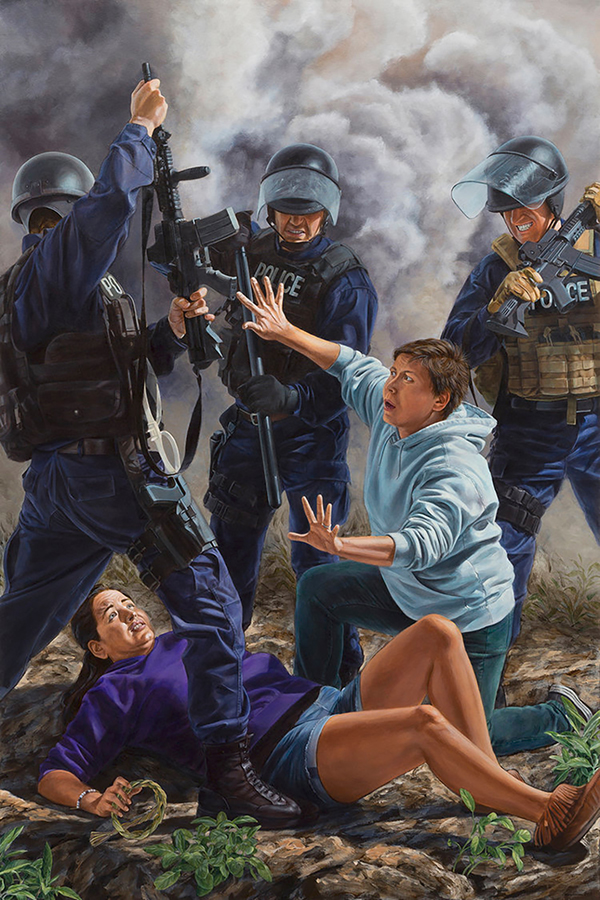 Kent Monkman, They Are Warriors, 2017, acrylic on canvas

Visiting Crombie House was interesting and a surprise. I did not expect to come across such a fine collection of artworks only fifteen minutes from Pictou, the rural town I now live in. However, I do feel discomfort around the institution and the experience as a whole that cannot be left unwritten. There is an undeniable colonial overtone present in visiting the Sobey’s former residence specifically to see works of art that celebrate a colonial history of the country. While looking at the celebrated artworks, we were (and are) in Mi’kma’ki, the ancestral unceded territory of the Mi’kmaq. This territory is covered by the “Treaties of Peace and Friendship” which Mi’kmaq and Wolastoqiyik (Maliseet) Peoples first signed with the British Crown in 1725. The treaties in this case did not deal with surrender of lands and resources, instead recognizing Mi’kmaq and Wolastoqiyik (Maliseet) title. The shuttered pulp and paper mill Northern Pulp is found just a short drive from where we stood in the shelter of that grand abode. This is the same mill that had been illegally dumping untreated effluent into the waters at Pictou Landing First Nation. When the first Scottish settlers reached the shores of what is now known as Canada, they landed in Pictou, the “birthplace of New Scotland.” This history is emblazoned across town in banners and murals, in the town’s motto and recounted in museums and even a life-sized replica of the Hector, the boat the settlers arrived on. These glaring celebrations of colonial achievement stand in deep contrast to the systemic and continued colonial genocide against Indigenous people across this country and the works of Monkman’s we were able to see that day. The settler colonial narrative witnessed continually in my day-to-day was not dispelled and certainly can’t be that simply. I appreciate however the opportunity to see work questioning, critiquing and laying bare this country’s dark history of hard truths that must be witnessed, must be discussed, must be acknowledged.

(Special shout out to Solutions to the Problem of Staying Alive, an ongoing pandemic project begun by artists Hannah Doerksen and sophia bartholomew.)